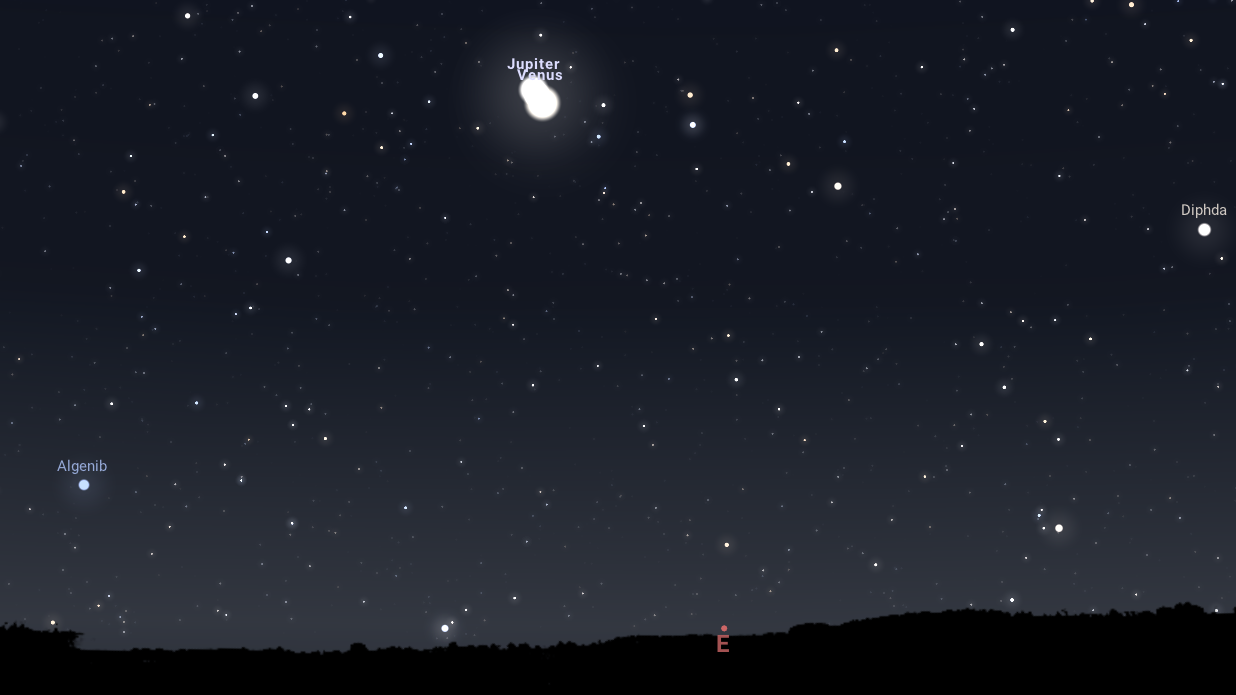 Amazing conjunction! Venus and Jupiter will be together in the sky this weekend

Raju Singh 4 weeks ago Technology Comments Off on Amazing conjunction! Venus and Jupiter will be together in the sky this weekend 9 Views

This weekend, Jupiter and Venus will be very close together, providing a spectacle in the night sky from April 30th. It will not be necessary to use binoculars or a telescope, but observers will have to wait until late at night. The last time such a close conjunction happened was in 2016, and it won’t repeat until March 2023.

At dawn on April 30th (Friday to Saturday), the pair of planets will be separated by only 31 arcminutes apart, and will be easiest to observe after 5:00 am, when they are about 20° above the horizon. If you are in an area with good visibility and an unobstructed horizon (not covered by trees or houses), it is worth starting to observe at 4:00 am.

In the following morning (May 1, at 4:40 am), they will be even closer, with a distance of only 27 minutes of arc. To give you an idea of ​​how close the Full Moon, for example, occupies 30 minutes of arc in the sky. That is, just a little wider than the distance that will separate the two planets at this conjunction. The Moon will not appear on that date.

The observation window is short, as sunlight begins to appear just below the planets at around 6 am. However, the Sun only rises at 6:40 am, so there is some chance of getting a nice view of Venus at the very beginning of dawn (as it usually is). Jupiter will be considerably dimmer than Venus, so it will be interesting to see how these worlds fade as the Sun takes over.

Even after May 1st, the alignment of the planets towards the East will continue, with the distance between some of them increasing more and more. At the end of May we will have other conjunctions such as Mars and Jupiter and Venus and Moon.

Raju has an exquisite taste. For him, video games are more than entertainment and he likes to discuss forms and art.
Previous Woman goes viral when revealing how she found out about her husband’s affair with her nanny through a Disney photo; watch
Next China announces tougher measures against Covid in Beijing – News