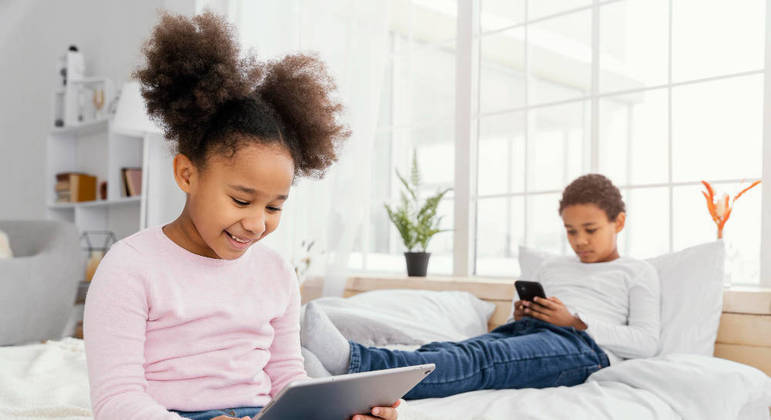 Whether watching cartoons or playing games, the habit of entertaining children with tablets and cell phones has started earlier and earlier due to parental encouragement.

Despite being allies in the rush of everyday life for the distraction they cause in the little ones, the immoderate use of electronic devices can lead them to a series of health problems, some with the potential to impact them throughout their lives. .

Pediatrician Nelson Douglas Ejzenbaum explains that even moderate interaction is not considered healthy for children under two. For the age group up to five years old, the recommended time of use is just one hour a day, and between six and ten, just two hours, always with parental supervision.


“The use is tolerated for theoretical purposes, for study, even for entertainment purposes, but we do not consider it healthy, because it has increased cases of myopia among children, increased sedentary lifestyle and decreased personal interaction”, says the doctor.

The SBP (Brazilian Society of Pediatricians) lists a series of harms that the excessive use of screens can cause to children, among them are: mental health problems, such as anxiety and depression; psychiatric disorders such as attention deficit hyperactivity disorder; eating and sleep disorders; sedentary lifestyle; body image disorders; postural and musculoskeletal disorders, and hearing problems.


During moments of family interaction and mealtimes, the pediatrician explains that it is not recommended that children use screens.

The lack of personal contact or attention to food can lead to the development of some of the disorders listed by the SBP.

“Parents should not give their children their cell phones during dinner, it will distract them from the food, the child may eat too much or eat less than they need and this will cause childhood obesity or malnutrition. Apart from the problems of interpersonal contact, difficulty in communicating with other people in person and not only in the virtual world”, highlights the doctor.

The SBP also recommends that children stop using screens at least two hours before bed so as not to impact sleep quality. During the day, an alternative recommended by society to reduce contact with electronic devices is the practice of sports activities, outdoor exercises or in direct contact with nature.

“Children who use too many screens and have no social interaction can develop connectivity problems with other people. I would say that at the age of five it is already possible to allow the use of screens for children as long as it is for a specific period”, highlights Ejzenbaum.

She's our PC girl, so anything is up to her. She is also responsible for the videos of Play Crazy Game, as well as giving a leg in the news.
Previous Ukraine says Russian attack on Donbass not succeeding; Pentagon sees ‘slow progress’
Next What are the bacteria in the gut of a person with depression like?