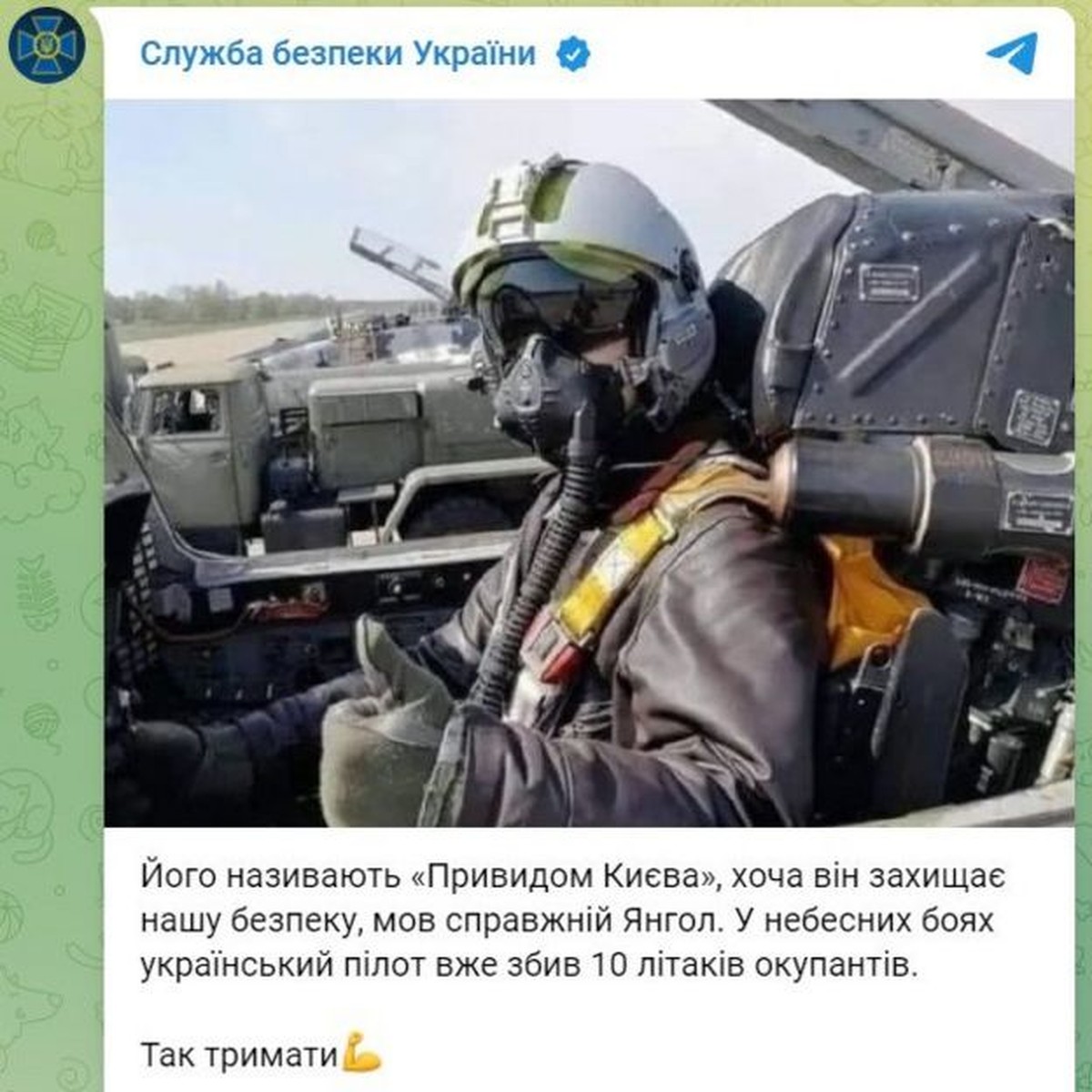 Experts in military actions told the BBC they doubted that just one pilot could have shot down this massive amount of aircraft (40).

On February 27, a message from the Ukrainian Security Service indicated that the ‘Ghost of Kiev’ had shot down 10 Russian aircraft — Photo: SBU