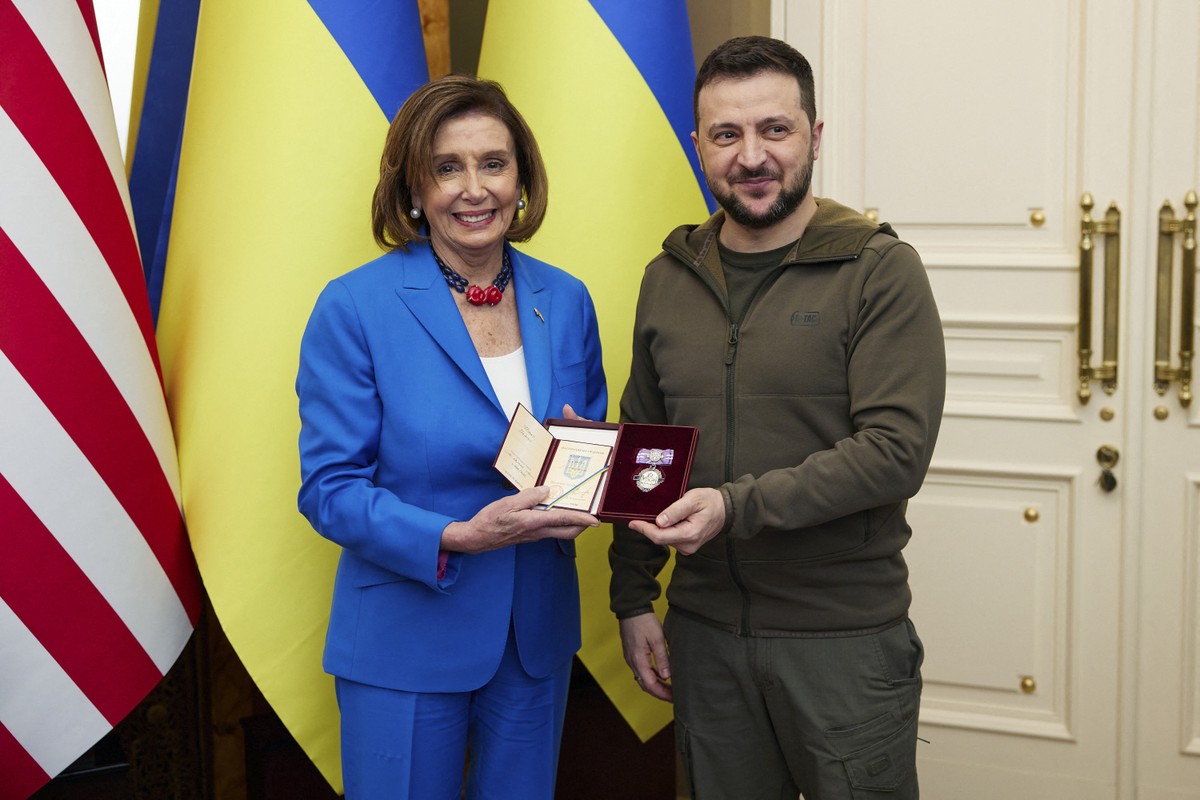 The Speaker of the US House of Representatives, Nancy Pelosi, met with Ukrainian President Volodymyr Zelensky during a surprise visit to Kiev announced on Sunday (1st).

“Thank you to the United States for helping protect our state’s sovereignty and territorial integrity,” Zelensky tweeted in a message that included a video showing him, alongside armed guards, as he received Pelosi and a congressional delegation. at the entrance to the presidency’s headquarters in Kiev, and then at a meeting with the Americans.

“The US government is a leader in solid support for Ukraine in the fight against Russian aggression,” added the Ukrainian president.

In a statement, the US delegation, which will also travel to southeastern Poland and Warsaw, said the visit to Kiev was intended to “send an unequivocal and vehement message to the world: the United States stands with Ukraine.”

“Additional American support is on the way,” Washington congressmen stressed. They also stated that they “will turn President (Joe) Biden’s strong demand for funding into a legislative package.”

Zelensky welcomed the “very important signals” presented by the United States and Biden, including a program for Ukraine, similar to the one created during World War II, to provide allied countries with war material without direct intervention in the conflict.

“These are recent important steps forward in military and financial support to Ukraine … we are grateful for this,” Zelensky said.

The visit comes a week after the trip to Kiev by US diplomat Antony Blinken and Defense Secretary Lloyd Austin.

During their visit, the two announced the progressive return of Washington’s diplomatic presence in Kiev and additional direct and indirect aid of more than $700 million.