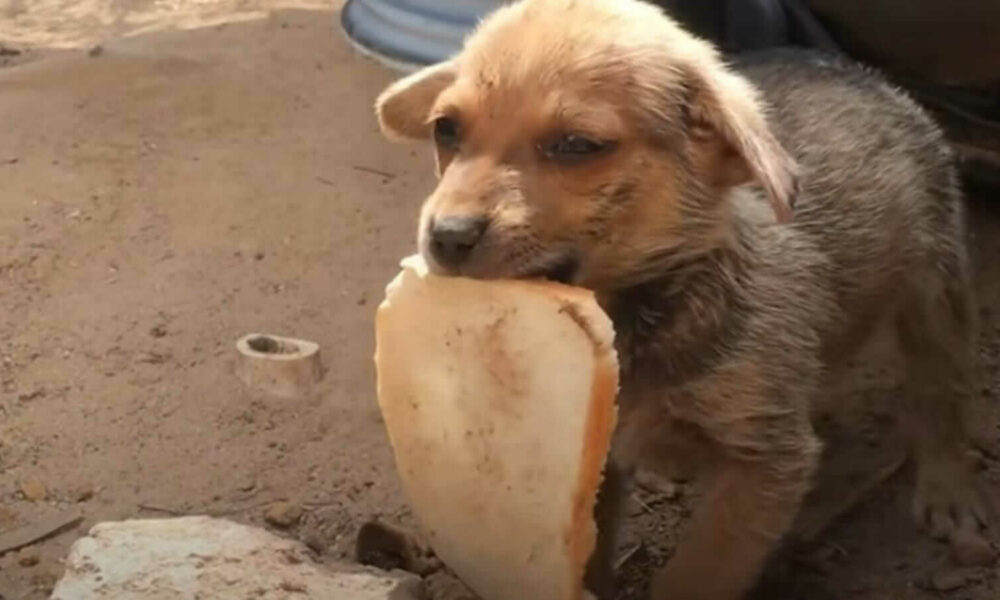 Abandoned dog shares his slice of bread with rescuers

Rescuers found this little dog in the township of Groendal in the Western Cape region of South Africa. Sidewalk Specials rescuers said, even in the situation he was in, the dog was happy, wagging its tail.

Also, when they found him, the pet had a piece of spoiled bread with him. He was eager to share the loaf of bread with his rescuers. Apparently, the harm other humans had done to him before was not reflected in his goodness.

According to rescuers, through a Facebook post, the dog was given the name Gunnar. After the rescue, they discovered that the dog was anemic. “Gunnar is anemic and suffers from tick bite fever, having one of the worst worm and tick infestations we have ever seen. He also has an eye infection that requires attention,” they wrote.

Small but with a big heart

The dog spent a week at the vet, receiving treatment, and then was able to be up for adoption. Rescuers attributed his ability to continue despite being abandoned to his “absolutely positive attitude”. So, just 2 weeks after being discharged from the vet, Gunnar found his forever home.

Freya, Gunnar’s new owner, described the dog as “tiny, like, half my arm” and said Gunnar had no problem adjusting to the new family. “He had probably never seen a lawn before. He was super curious all the time and wanted to find out everything,” Freya said.

Also, Freya’s family has grown since they adopted Gunnar. They began temporarily housing other animals at the start of the pandemic. According to the tutor, this would be a positive change for Gunnar and for him to have some friends.