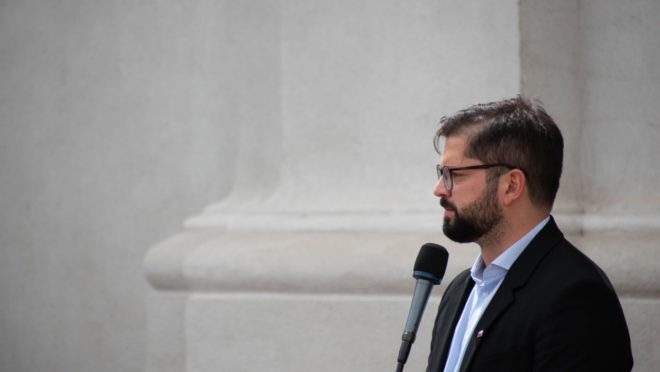 It only took seven weeks for the popularity of Chile’s newly elected president to plummet. At 36 years old, Gabriel Boric is the latest demonstration that a lacerating and demagogic narrative can even win an election, but is doomed to failure when faced with the test of reality. May it serve as a lesson to those who insist on believing in the siren song of left-wing populism.

The young politician’s rejection rate has risen more than 30 points since he took office on March 11. In the same period, usually on the new president’s honeymoon with society, disapproval of his predecessors Michelle Bachelet and Sebastian Piñera was just over 20%; the rejection of Boric already exceeds 50%.

Disoriented and inexperienced, the president behaved, in the first weeks of his term, as if he were still campaigning. Ignoring the country’s pressing problems, such as violence and the cost of living, he promised, for example, to transform Chile from a mining powerhouse into a Latin American model of a green economy: a model that would transcend capitalism and neoliberalism. Yup.

Since the tattooed-armed former student leader took office, crime in Chile has soared, inflation has spiraled out of control, and the quality of public services has deteriorated. Meanwhile, the president continues to prioritize identity agendas that divide Chileans rather than unite them.

In addition, Boric has shown himself to be unskilled in his relationship with Congress, where he does not have a consolidated support base to implement his proposals – such as tax reform and pension reform. Last week, the project that would allow Chileans to withdraw 10% of the money deposited for retirement was summarily rejected by the deputies, due to its inflationary potential (inflation in Chile is already 9.4% per year, one of the highest on the continent). .

Chilean society’s support for the work of the Constituent Assembly (“Constitutional Convention”) also plummets, in the face of bizarre proposals, such as the extinction of the Senate. The new Constitution will be voted on in a referendum on September 4th, and the government sees the risk of defeat increasing every day: today, only four in 10 Chileans say they trust the work of the constituent deputies.

Boric has been losing support, especially among the poorest Chileans, who are most impacted by inflation and the high cost of living: in the lower classes, rejection of the president reaches 61%. Threats of a national strike begin to pop up across the country. starting with truck drivers.

All of this is a consequence of the creation, during the electoral campaign, of expectations that are impossible to fulfill. And, as is often the case with lukewarm and incompetent leaders, the criticism and pressure do not come only from the opposition: the communists who helped elect Boric have not spared criticism of his administration, questioning the political viability of the program announced in the campaign. Professional activists, on the other hand, are accusing the president of being a traitor, a “yellow” who has forgotten the people.

To complete the astral hell, Boric also faces a growing wave of rumors that suggest that his love relationship with his girlfriend Irina Karamanos is a facade: she would have been hired to play the role of first lady, since Boric would be gay.

The reaction, predictable, has been to accuse the propagators of the rumors of being heteronormative – when, in fact, Boric’s attitude would be heteronormative, if true (in addition to revealing his propensity for lying: even because, at this point in the championship, it is regrettable someone needs to hire a woman to try to hide their sexuality).

To try to stop this wave of rumours, last Monday Boric posed for photographers giving Irina an unnatural kiss in front of La Moneda palace – which generated a barrage of memes on social media, making the situation worse.