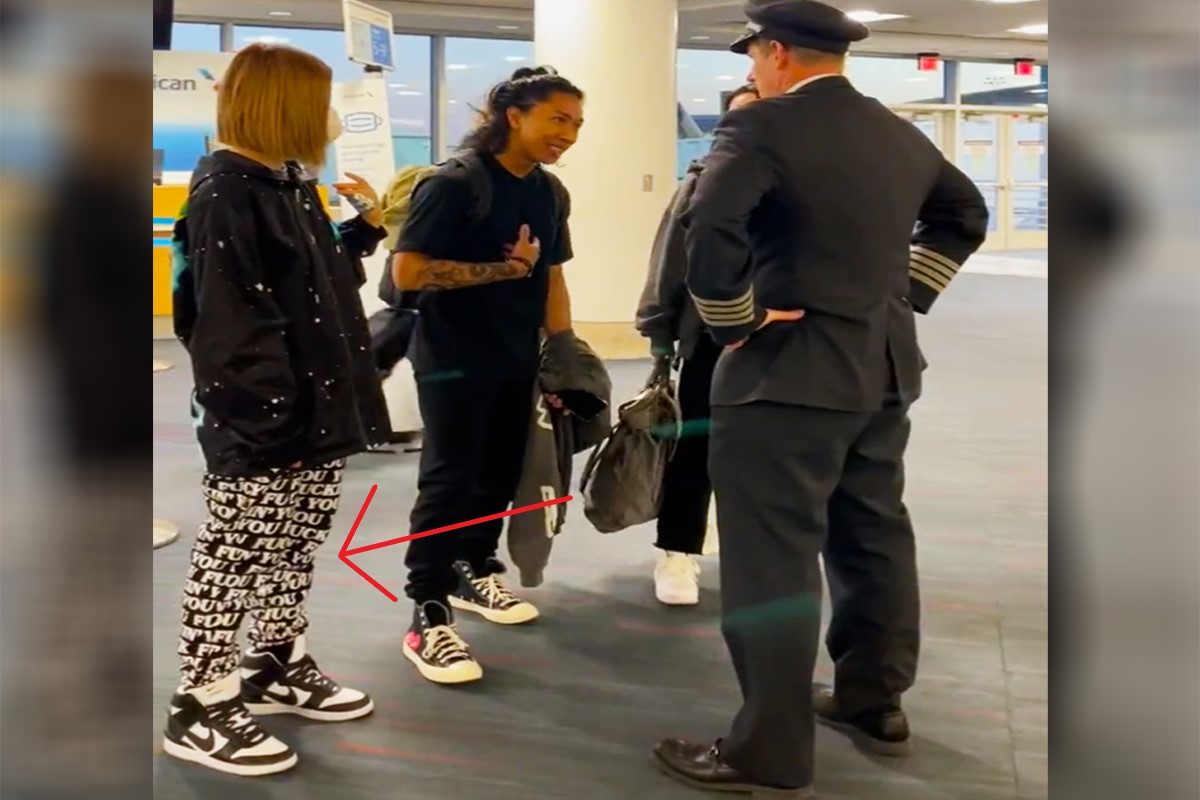 Confusions involving wearing too little clothing are even common in airports, but a recent case in the US had the opposite reason.

the takeoff of a regular American Airlines flight, which would depart from JFK airport, in New York, to Los Angeles, late by an hour last week. On board the aircraft was DJ Soda, the stage name of South Korean Hwang So-hee, who plays the EDM genre (very popular and mix several other aspects), and who had a hard time after being removed from the flight at the request of the crew.

The reason for the landing was something rather unusual: your pants. The artist’s outfit was black with the blank word “Fuck You”, a notable and well-known curse in any language in the world.

The offensive word did not please the crew, who, in order to avoid possible confusion on board with other passengers, asked the DJ to come out and take it off, to change into another non-offensive attire.

After a lot of discussion with the crew, including one of the pilots, as shown in the video below (waiting for the loading), the DJ changed her pants for a solid black one, with nothing written on it and, thus, she was able to continue her journey.

She complained on her Twitter that she always traveled around the world with these pants, but that she never had any problems, including on domestic flights in the US. She explained that she accepted to change because she had an important work commitment in Los Angeles, and could board another flight later, but that, “from now on, will boycott American Airlines”.

I GOT KICKED OFF FROM @AmericanAir flight and they harassed me to take off my sponsored @RIPNDIP ‘F**K YOU’ sweatpants in front of people to board again. pic.twitter.com/YU0TrhZjry

Responding to DJ’s tweet, American reported that “it is important that every customer feels welcome” and asked Soda to get in touch by private message, sending the locator and his contact details.

This is the first known case of a passenger being expelled for offensive phrases on her pants, but cases of travelers expelled in the US for shirts and even masks with phrases considered offensive are not new.