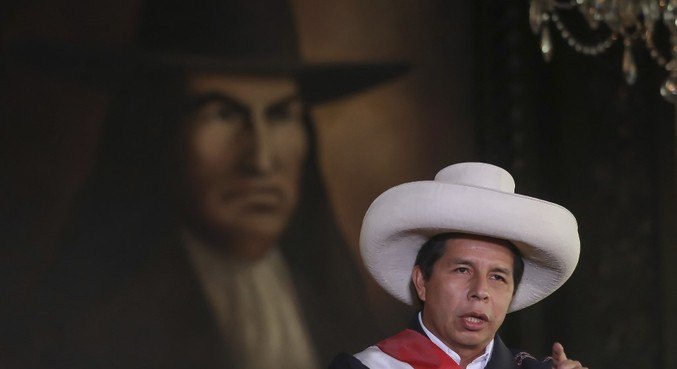 Peruvian President Pedro Castillo had to rush back to his country by car after a trip to Ecuador to avoid being impeached by Congress, as bad weather prevented him from traveling by plane.

In a country where presidents are frequently removed from office, Castillo risked breaking the Constitution if he did not return to Peru before midnight on Friday.


It was close to expiry of the permission given by Parliament to the leftist president for him to visit his neighbor in Ecuador, where he headed a binational cabinet with his counterpart Guillermo Lasso in the town of Loja, 264 km from the Peruvian border by road.

Exceeding the deadline would have given opponents, who control the Legislature, a pretext to proceed with the dismissal of Castillo, since the Peruvian Magna Carta does not provide for exceptions for meteorological reasons.

As the presidential plane could not take off due to bad weather, Castillo had to make a five-hour drive to reach the Peruvian border in time.

An hour before the deadline, Castillo arrived at the Tumbes border post, according to local media, which freed him from facing a new “presidential vacancy” (dismissal) motion, the third in his nine months in power.

The “vacancy” motions have become commonplace in Peru and caused the downfall of Presidents Pedro Pablo Kuczynski (from the right) in 2018 and Martín Vízcarra (from the center) in 2020, which increases the instability in the country.

Since December 2017, Peruvian parliamentarians have submitted six vacancy motions to Congress, two of them against Castillo.