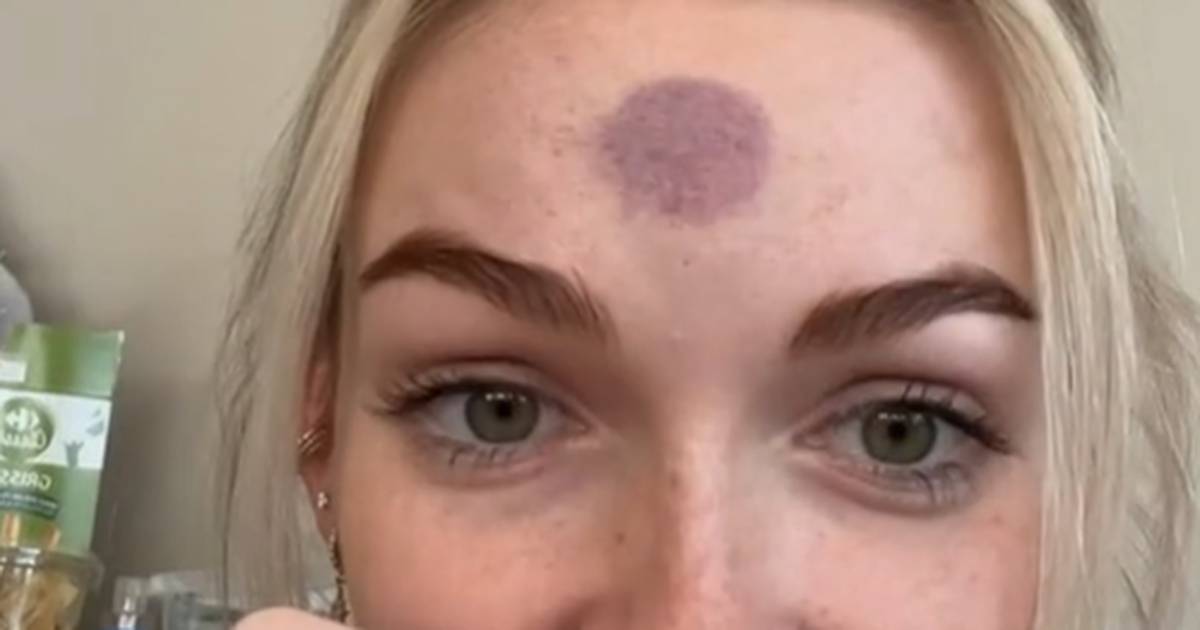 The bruise was caused by the use of an unusual object

A Belgian influencer has revealed why she went through a period with a large purple bruise on her forehead. The revelation was made through a video on TikTok that quickly went viral.

According to Terra, Charlotte Ryckeboer decided it would be a good idea to play a prank on her friends and temporarily hold a sex toy to her forehead.

Without paying attention to the force of the suction cup of the object, she decided to put a butt plug on her forehead and, after having difficulties to release the object, she ended up with bruises on her face.

The post about the reasons behind the bruise has already reached more than 4 million views on TikTok and has several comments about the situation.

The joke got out of hand

In the recording, she says that the joke, which got completely out of control, took place during a party between friends when one of those present took the unusual object.

“They were explaining how a butt plug works and I decided to put it on my forehead just for fun. When I pulled it I realized he wasn’t going to easily let go of my face. We started laughing and I tried to pull harder and I didn’t even realize that the suction would leave a purple mark on the place”, says Charlotte.

Read too: Boss requires employee to work on her day off scheduled for months

Apparently, Charlotte wasn’t the first person to do something like this. Among the comments, it is possible to read other reports: “My brother-in-law did the same thing, but in his case the suction cup was even bigger and his forehead was practically all purple!”, says a follower.

Other people compared her to a unicorn: “Oh my God! It’s the last unicorn on Earth!”

In turn, some followers were sensitive to Charlotte’s situation and tried to help her by giving tips on how to get rid of the brand: “You can try a frozen spoon! It helps with the bruise,” explained another follower.