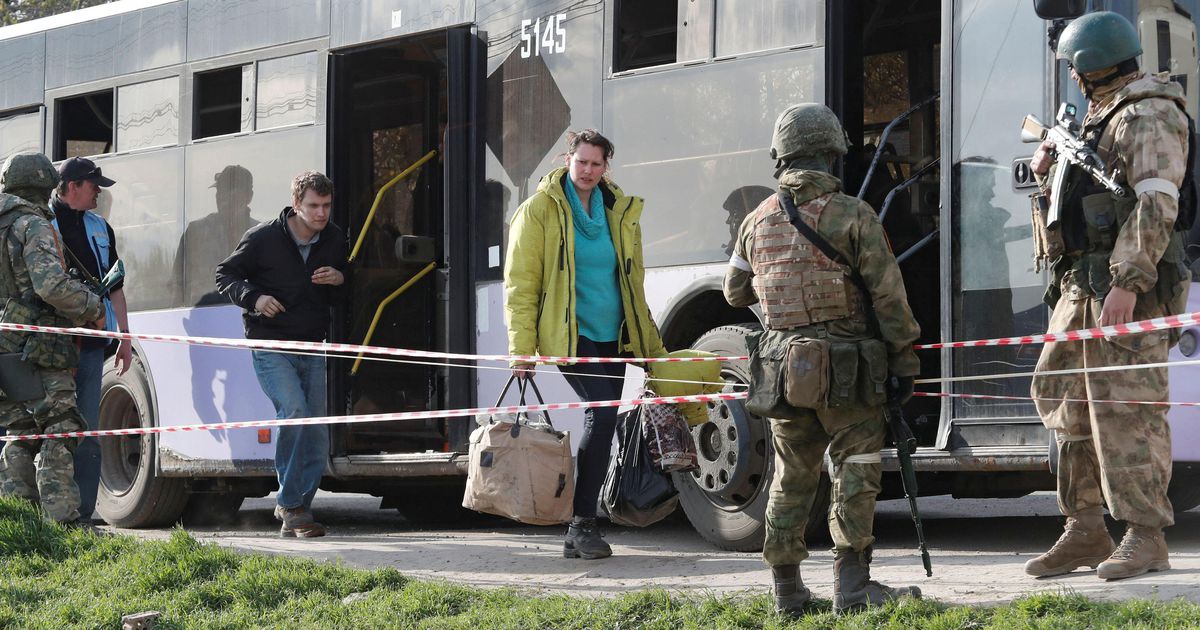 ‘What we saw there was terrible’, Mariupol resident reports terror during Russian siege

Abhishek Pratap 2 weeks ago News Comments Off on ‘What we saw there was terrible’, Mariupol resident reports terror during Russian siege 9 Views

Huddled in the labyrinth of Soviet-era bunkers far below the vast steel mill azovstal, Natalia Usmanova felt her heart stop she was so terrified of the Russian bombs falling on Mariupolat Ukraine.

Usmanova, 37, spoke to Reuters on Sunday after being removed from the planta sprawling complex founded under Josef Stalin and designed with an underground network of bunkers and tunnels to resist attacks.

“I was afraid the bunker wouldn’t hold, I was terribly afraid,” Usmanova said, describing the time spent underground.

“When the bunker started to shake, I was hysterical, my husband can assure you: I was very worried that the bunker would collapse.”

Azovstal steelworker Natalia Usmanova, 37, who was evacuated from Mariupol, reacts as she arrives at a temporary accommodation center during the Ukraine-Russia conflict in the village of Bezimenne, in the Donetsk region. Photograph: Alexander Ermochenko / REUTERS

“We haven’t seen the sun for so long,” she said, speaking in the village of Bezimennein an area of donetsk under the control of separatists supported by the Russiaabout 30 kilometers east of Mariupol.

She remembers the lack of oxygen in the shelters and the fear that took over the lives of the people squatting down there.

Usmanova was among dozens of civilians evacuated from the factory in Mariupol, a southern port city that has been under siege by Russian forces for weeks and turned into a wasteland.

Azovstal steelworker Natalia Usmanova, 37, is seen with other evacuees near a temporary accommodation center during the Ukraine-Russia conflict in the village of Bezimenne, in the Donetsk region. Photograph: Alexander Ermochenko / REUTERS

Usmanova said she played with her husband on the way out of the bus, in a convoy agreed by the United Nations and by the International Committee of the Red Cross (ICRC) that they would no longer need to go to the toilet with a flashlight.

“You just can’t imagine what we went through, the terror,” Usmanova said. “I lived there, worked there all my life, but what we saw there was just terrible.”