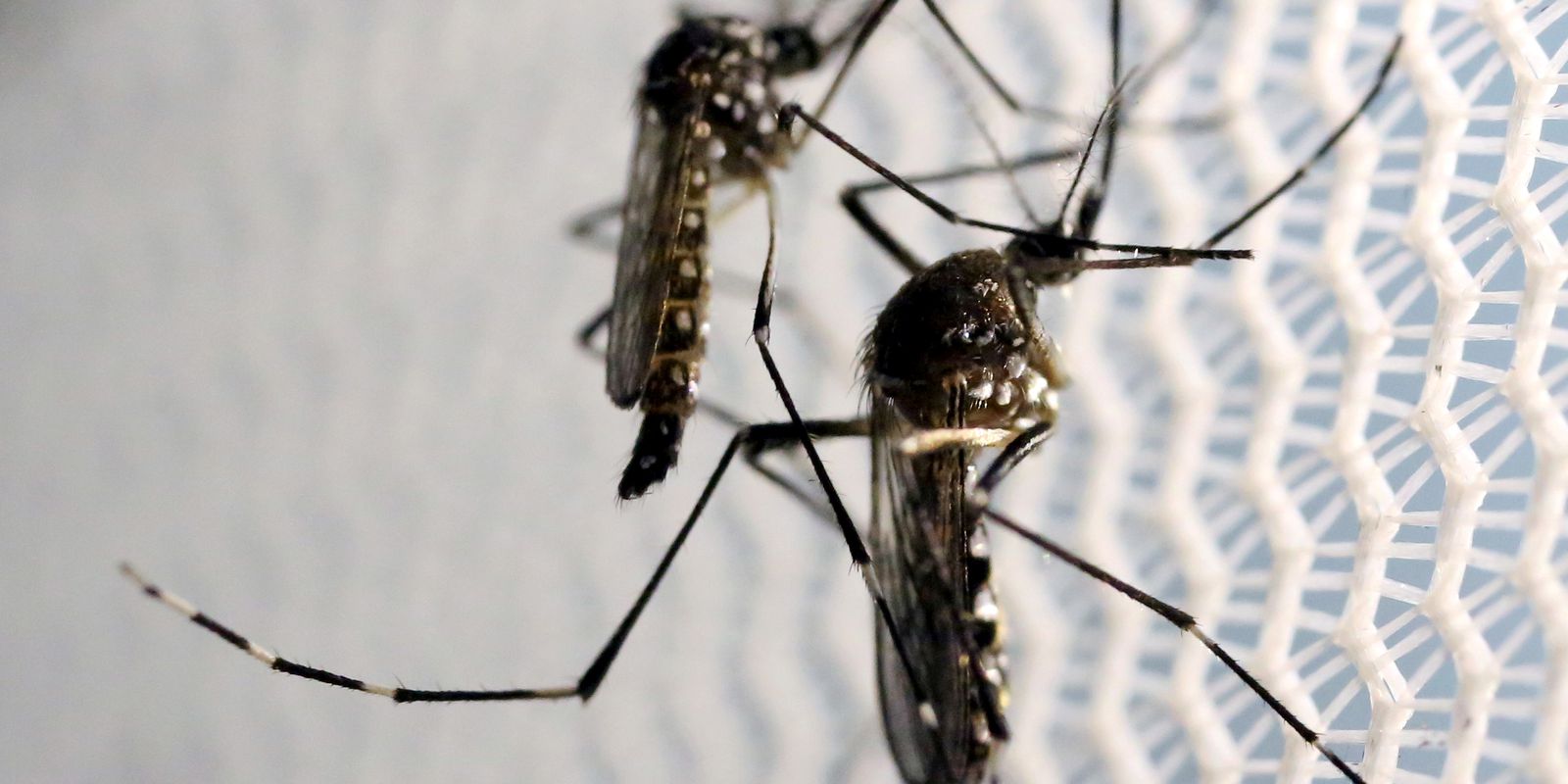 Jenni Smith 2 weeks ago Health Comments Off on Dengue cases increase 113.7% in the first four months of 2022 63 Views

In the midst of an outbreak of dengue, Brazil recorded an increase of 113.7% in probable cases of the disease until April this year, compared to the same period last year. According to a bulletin from the Ministry of Health, released this Monday (2), there were 542,038 probable cases between the first and sixteenth epidemiological week, between January 2 and April 23, 2022. This number is practically the same as even though it was recorded throughout 2021, when 544,000 probable cases of dengue were recorded.

The disease, caused by a virus, is transmitted through the bite of a mosquito. Aedes aegypti. The main symptoms are high fever, skin rashes and muscle and joint pain. In the most severe forms, dengue can cause internal bleeding in organs and tissues, and lead to death.

Since the beginning of the year, 160 deaths from dengue have been confirmed in the country, 147 by laboratory criteria and another 13 by clinical analysis. The states with the highest number of deaths from the disease so far are: São Paulo (56), Goiás (19), Santa Catarina (19) and Bahia (16). Another 228 deaths are still under investigation.

Regarding chikungunya fever, the Ministry of Health reported that, as of April 23, 47,281 probable cases had been recorded, an incidence rate of 22.2 cases per 100,000 inhabitants in the country. These numbers correspond to a 40% increase in cases compared to the same period last year.

Since the beginning of the year, chikungunya has been the cause of death for eight people in the country, six of them in Ceará alone. Maranhão and Mato Grosso do Sul were the two other records. However, at least 12 deaths are still under investigation in the states of Ceará, Bahia, São Paulo, Paraíba, Pernambuco, Minas Gerais, Mato Grosso do Sul, Mato Grosso and Goiás.

Chikungunya is also a viral infection, like dengue, that can be transmitted by mosquitoes. Aedes aegypti and Aedes albopictus, the same insects that transmit dengue and yellow fever, respectively. Symptoms can include fever, joint pain, muscle pain, headache, eye pain, sore throat and fatigue. In more than 50% of cases, joint pain (arthralgia) becomes chronic and may persist for years.

The Ministry of Health also updated the balance of Zika cases in the country, with 2,118 probable cases as of April 14. The incidence rate was 0.99 case per 100,000 inhabitants in the country. In relation to 2021, the data represent a 53.9% increase in the number of cases. Until the week analyzed, no deaths caused by Zika were reported in Brazil.

Also transmitted by mosquito bite Aedes aegypti, the Zika virus was first identified in Brazil in 2015 and has this name because it was discovered in the Zika forest in Uganda, Africa. According to the Ministry of Health, about 80% of people infected with the Zika virus do not develop clinical manifestations. The main symptoms are headache, low fever, mild joint pain, red spots on the skin, itching and redness in the eyes. Other less frequent symptoms are swelling in the body, sore throat, coughing and vomiting. In general, the course of the disease is benign and the symptoms resolve spontaneously after 3 to 7 days.

Between July 2021 and mid-April 2022, the Ministry of Health recorded 1,093 suspected epizootics of yellow fever, of which 25 (2.3%) were confirmed by laboratory criteria. Epizootics are the deaths of non-human animals as a result of the disease and can indicate the presence of the virus in a certain region and, with that, the risk of contamination of humans. Monkeys, of different species, are the main hosts of the yellow fever virus. In the same period, 485 suspected human cases of yellow fever were reported, of which 4 (0.8%) were confirmed.

Transmission of the virus between non-human primates (NHP) was recorded in Pará, Minas Gerais, Santa Catarina and Rio Grande do Sul, signaling the active circulation of the virus in these states and the increased risk of transmission to human populations during the seasonal period, which runs from December to May. The confirmed human cases had a probable site of infection in Pará (municipalities of Afuá and Oeiras do Pará) and in Tocantins (municipality of São Salvador do Tocantins).

Yellow fever is a viral disease transmitted by different species of infected mosquitoes. The most common symptoms are fever, muscle aches with prominent lower back pain, headache, loss of appetite, nausea or vomiting. In most cases, symptoms disappear after 3 or 4 days. According to the Pan American Health Organization (PAHO), 15% to 25% of patients enter a more serious second phase, in which the risk of death is greater and people can have yellow skin and eyes, bleeding , dark urine (kidney problems), plus abdominal pain with vomiting.

She's our PC girl, so anything is up to her. She is also responsible for the videos of Play Crazy Game, as well as giving a leg in the news.
Previous Ukrainian soldier asks girlfriend to marry him: ‘How can I refuse a man with a grenade in his hand?’ | Ukraine and Russia
Next Russia Accuses Israel of “Supporting the Neo-Nazi Regime in Kiev” | World