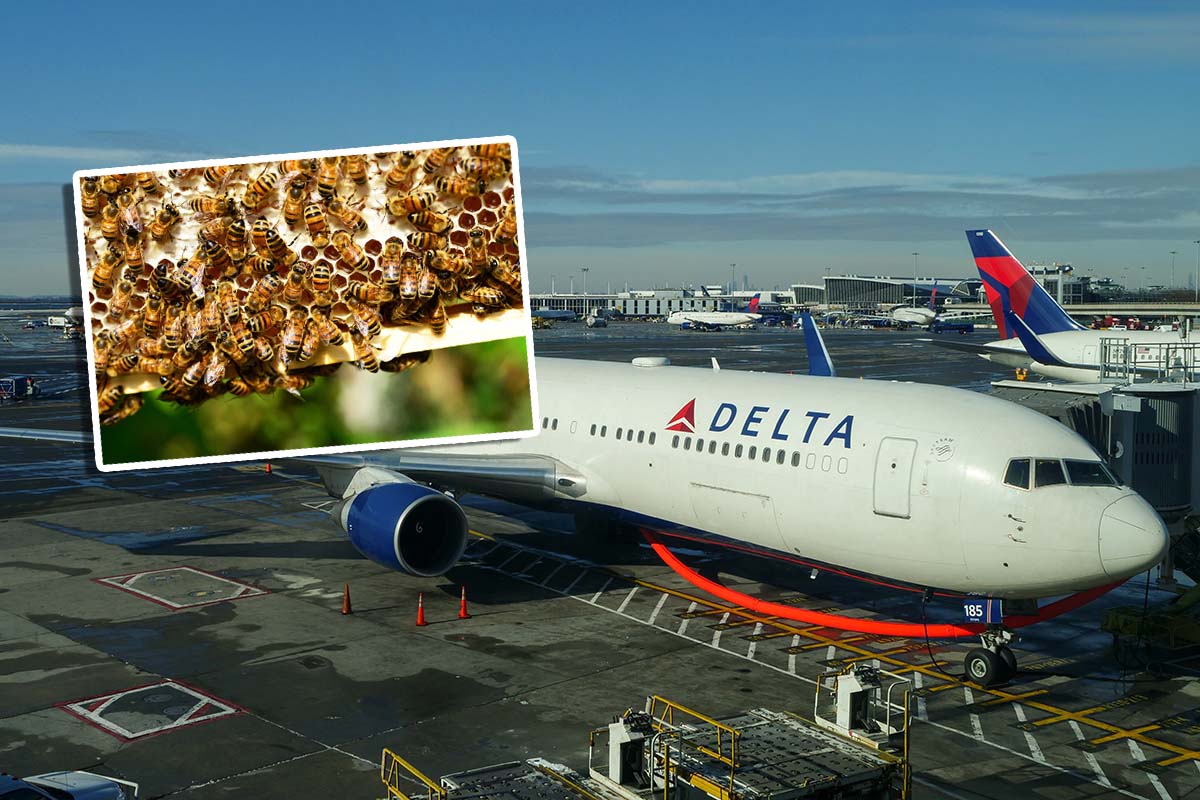 About five million bees that were being shipped from California to Alaska died after the shipment was delayed and the container they were being transported in was left outside in the scorching heat, US media reported.

The insects were expected to be transported in two stages, with the first leg going from Sacramento to Los Angeles, and the second leg taking them to Anchorage, Alaska. However, the airline changed the route of part of the cargoafter concluding that it would not be possible to send a shipment of 200 boxes in just one plane.

As a result, millions of bees were redirected to Atlanta, on the other side of the United States, from where they would depart for Alaska.

The problem is, after the flight landed in Atlanta, there were no immediate options to bring the massive shipment of bees to Anchorage, so the container was stored in a Delta Air Lines cargo shed while rerouting options were worked out. .

According to USA Today, the initial location where the bees were was temperature controlled, but a problem with pallet preparation caused some insects to escape their boxes. So, the alternative thought up by the company’s ground team was to put all the animals outside, in the sun, so that no one in the enclosure was bitten.

During this period, it appears that the containers were not only moved and placed upside down, favoring escape, but that the bees were left in 29 degree heat. As a result, most of the five million bees, valued at $48,000, died.

What the airline said

The bees had been acquired by beekeeper Sarah McElrea to pollinate apple orchards in Alaska because they are not native to the region. She said she was shocked and said that she can change the supplier or the route of the loads so that these things don’t happen again, although she understands that the mistake was all the airline’s.

A Delta spokesperson said the incident was “unfortunate” and that once the airline became aware of the situation, it “quickly engaged the appropriate internal teams to assess the situation”.

“We have taken immediate steps to implement further measures to ensure that events of this nature do not occur in the future”the airline said in a statement.

A set of unreasonable actions and unpreparedness in carrying valuable cargo.