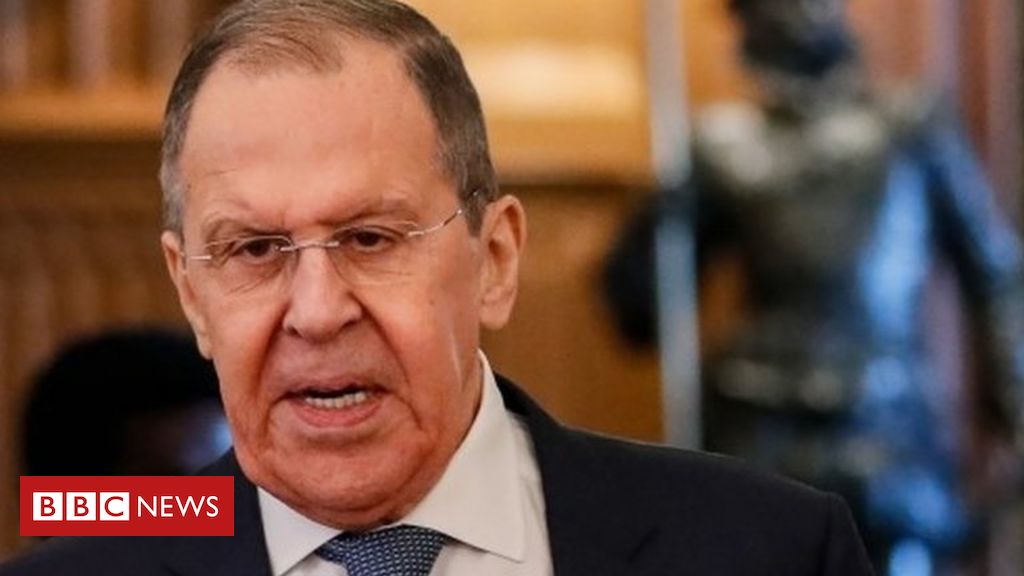 Israel’s outrage over Russian declaration that Hitler ‘had Jewish blood’

Lavrov made the comments to try to justify Russia’s accusation that Ukraine was “Nazi” despite having a Jewish president.

Lavrov made the remarks in an interview with Italian TV show Zona Bianca on Sunday, days after Israel marked Holocaust Remembrance Day, one of the most solemn occasions on the Israeli calendar.

When asked how Russia can claim to be fighting to “denazify” Ukraine when President Volodymyr Zelensky himself is Jewish, Lavrov said, “So what if Zelensky is Jewish?”

“The fact does not deny the Nazi elements in Ukraine. I believe that Hitler also had Jewish blood”, adding that “some of the worst anti-Semites are Jews”.

“Foreign Minister Lavrov’s remarks are an unforgivable and outrageous statement, as well as a terrible historical mistake. Jews did not kill themselves in the Holocaust. The lowest level of racism against Jews is accusing Jews themselves of anti-Semitism,” he wrote. Lapid.

Lavrov was also criticized by Dani Dayan, head of the Yad Vashem Holocaust memorial in Israel.

“Most of your comments are absurd, delusional, dangerous and deserving of all condemnation,” he tweeted. “Lavrov deals with the reversal of the Holocaust: turning victims into criminals, on the basis of promoting a completely unfounded claim that Hitler was of Jewish descent.”

There have been unsubstantiated claims for decades that Hitler’s unnamed paternal grandfather was Jewish, fueled by a claim by Hitler’s lawyer Hans Frank.

In his memoir, published in 1953, Frank said he was instructed by Hitler to investigate rumors that he was of Jewish descent. Frank said he had uncovered evidence that Hitler’s grandfather was indeed Jewish – although the claim, which has gained ground among conspiracy theorists, has been dismissed by mainstream historians.

Russia has repeatedly said that one of its goals in the war against Ukraine is what it calls the “denazification” of the country, making the baseless claim that its government is steeped in Nazi ideology.

Israel, which has close relations with Ukraine and Russia, has been at the forefront of international mediation efforts to try to end the war.