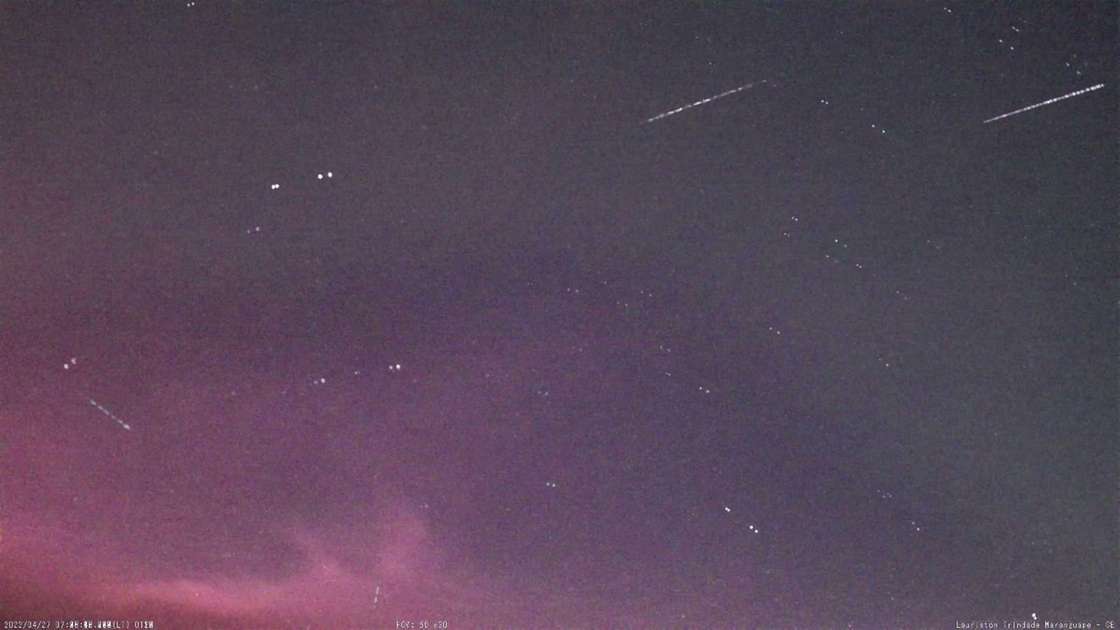 From Ceará, it will be possible to see the sky gain color with the meteor shower Eta Aquarids, formed by debris from Comet Halley, in the early hours of this Thursday (5). Up to 40 “shooting stars” are expected per hour with greater ease of observation in points further away from urban centers.

This astronomical event happens when our planet crosses the trail of fragments left behind by Comet Halley. Each debris passes at a speed greater than 250 km/h and generates a luminosity in the sky – this will start around 2h with highest intensity at 3:30 am.

Despite this, the meteor shower has been active since the 21st of April and can be followed until the May 12th. But it is at dawn on Thursday that the most favorable time to see Eta Aquáridas happens.

The meteor shower is considered one of the best of the year, according to amateur astronomer Lauriston Trindade. “It doesn’t usually fail: it’s a very stable meteor shower, the quantity is constant”, he points out.

This is because at the time, in addition to the greater number of comets crossing, the sky will not be so lit by the moon in the early hours of the night. Ceará may have a privileged view due to its proximity to the equator linewhich facilitates observation.

It’s a rain that seems to come from the constellation of Aquarius, which is very high in the sky here for Ceará, close to the Equator Line. So the state is favored by this

Another factor to be analyzed is the weather forecast: on Wednesday, the sky should be varying from cloudy to partially cloudy with isolated rain in all macro-regions, according to the Ceará Meteorology and Water Resources Foundation (Funceme).

If confirmed, this environment is favorable for seeing comets. “If you have a partially cloudy weather, with an opening between the clouds where we can see the sky, it’s worth taking a look”, emphasizes Lauriston.

Only if the sky is closed or with rain will it not be possible to follow the astronomical event.

“The basic recommendation is to stay away from the brightest places and stay in spaces such as balconies. In the cities of the interior, you will be able to see many more meteors, especially the faintest ones”, he concludes.

How does the phenomenon happen

In addition to Eta Aquárids, Orionidas, which takes place in October, is also related to the fragments of Comet Halley. However, this second event is not as intense.

During a meteor shower, debris hits the atmosphere parallel to each other. This is because they follow approximately the same orbit as the comet or asteroid from which they originated, as experts explain.

Because of the effect of perspective on Earth, meteors seem to come from the same point. In the case of Eta Aquárids, it is the constellation of Aquarius, close to the star eta Aquarii – hence the name of the meteor shower.

Raju has an exquisite taste. For him, video games are more than entertainment and he likes to discuss forms and art.
Previous Zelensky conditions Ukraine’s neutrality to the release of Donbass and Crimea
Next App takes picture of eyes and lets you track Alzheimer’s and ADHD