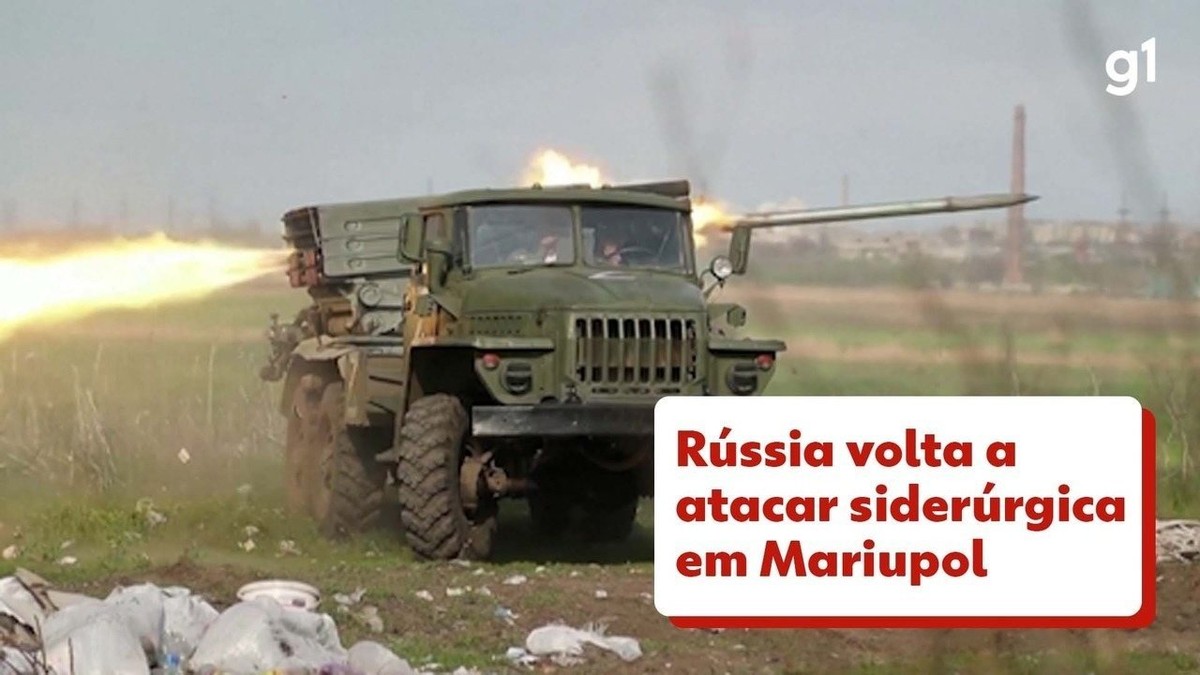 Russian forces fired rockets at the Azovstal steelworks complex in Mariupol, Ukraine, and smoke darkened the sky above the plant on Tuesday. Authorities say 200 civilians are still trapped at the site despite last weekend’s evacuation of civilians.

Reuters footage (above) showed bursts of rockets fired from a Russian truck-mounted launcher on the outskirts of the Russian-occupied city of Mariupol.

Black smoke appears over the Azovstal steelworks after a new Russian attack on a Ukrainian resistance point in Mariupol (Photo: Alexander Ermochenko/REUTERS)

The attack followed a brief UN-brokered ceasefire around the Soviet-era steelworks complex that allowed several groups of civilians to escape the last stronghold of Ukrainian fighters.

More civilians were trapped in bunkers and tunnels beneath the complex and about 100,000 remained in the rest of the city, Mayor Vadym Boychenko said on Tuesday.

Azovstal remains the last stronghold of Ukrainian forces in the city, with many soldiers and civilians reported hiding inside their air-raid shelters.

The Russian army said 126 people left Mariupol in secure convoys on Saturday (April 30) and Sunday (May 1) from the steelworks and other districts of separatist-held Donetsk.