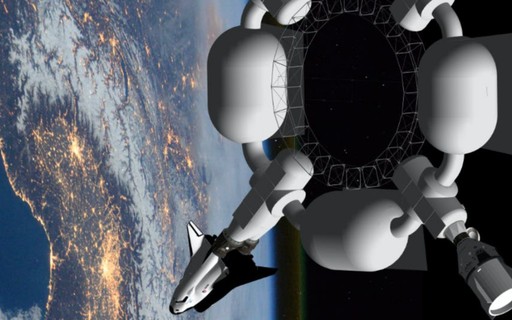 Startup promises to build space hotel with artificial gravity by 2025

The project aims to make Pioneer the first operational space station by 2025, and contemplates an ambitious schedule, but also dubious as to the real possibility of being put into practice.

The Pioneer station is one of two commercial space station projects currently under development by the company. The other station is Voyager, announced in 2021. However, Pioneer is expected to precede Voyager, which is a larger development and intended to be a luxury space hotel of sorts capable of accommodating 400 guests at a time.

In a statement, Rhonda Stevenson, executive director of Orbital Assembly, said the Pioneer project is “a safe and reliable modular station that will generate revenue and profitability in the tourist and commercial sectors sooner than our competitors who are adhering to NASA’s schedule. ”

In December 2021, NASA awarded contracts to three US private companies: Blue Origin, Nanoracks and Northrop Grumman. Under the agreement, the companies can develop low-Earth orbit space stations for public and commercial use. NASA hopes to have these space stations operating by 2030.

But Orbital Assembly guarantees that it will be able to launch commercial space tourism ahead of competitors: “Various streams of revenue from the commercial, research and tourism markets will allow us to subsidize the travel market for a one to two week stay in space,” he said. Stevenson. “While launch costs remain a barrier, we expect tourists to plan for shorter or more frequent stays as space travel becomes less expensive.”

Previously, Orbital Assembly announced that it would start building its largest space station Voyager by 2025 and that it would become operational in 2027.