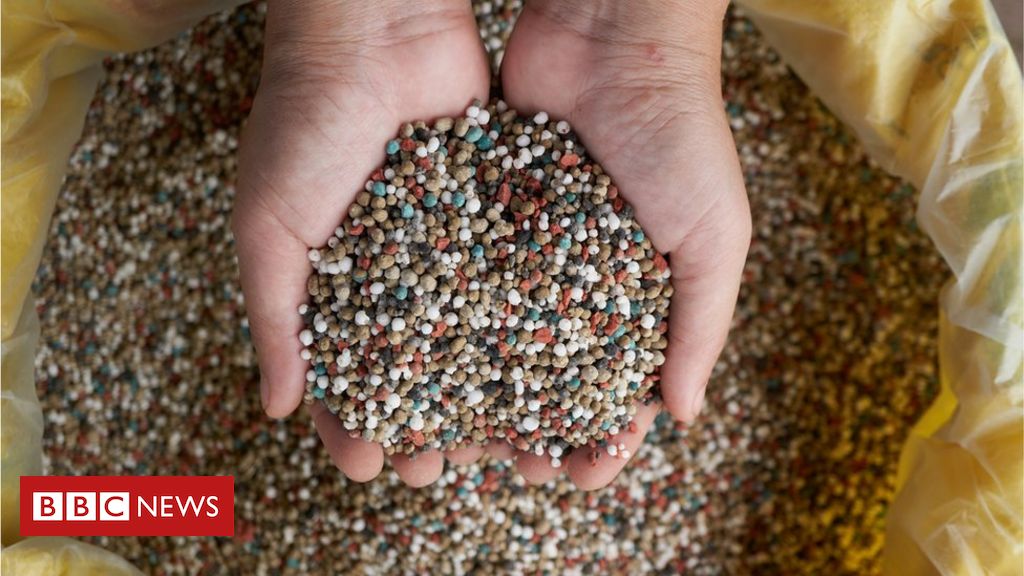 After publicly demonstrating dissatisfaction with Brazilian President Jair Bolsonaro’s (PL) trip to Russia in February and assessing that Brazil could be on the “wrong side” of history in relation to the war in Ukraine, the US president’s government, Joe Biden, seems to be trying to “recalibrate” the relationship between Washington and Brasilia.

Last week, a high-level State Department delegation visited its Brazilian counterparts for a lengthy round of talks described to BBC News Brazil as “friendly” and “constructive” by both sides.

The Americans avoided criticism of Brazil’s lack of support for economic sanctions imposed by the Americans and their allies on Russia after the military invasion ordered by Vladimir Putin and, in practice, tried to offer Brazilian diplomats an action plan for Brazil to reduce its trade. with the Russians and get closer to the US.

Russia is the biggest exporter of fertilizers to Brazil, which consumes about 40 million tons a year of the material, considered essential to move the country’s agribusiness – and therefore, the economy.

The product has already been mentioned by Bolsonaro as the reason for his February visit to Vladimir Putin in Moscow. Even after the beginning of the war, ships flying the Russian flag anchored in Brazil loaded with phosphorus and potassium, two of the central elements for soy plantations, for example.

Although fertilizers are not on the list of products sanctioned directly by Americans and Europeans, the fact that Brazil tried to maintain regular trade with the Russians in the context of the war caused unease among the Americans.

Two weeks ago, on a visit to Washington DC, Economy Minister Paulo Guedes was asked at an event at the Center for Strategic and International Studies about whether Brazil was making it easier for Russia to circumvent sanctions. “I wouldn’t put it in those terms, making it easier… Brazil is governed by a president who received 60 million votes and is thinking about fertilizers, imported from Russia”, Guedes justified.

But the realization that the world’s food security could be threatened and that Latin America must be helped to build solutions, rather than publicly criticizing it and pushing it into a closer relationship with China and Russia, led Americans to to another path.

“The fertilizer topic was very present in our conversation, they know that it is important to us and they are committed to helping us find solutions, with other partners, based on positive premises”, ambassador Pedro Miguel da Costa e Silva, Secretary for the Americas at Itamaraty.

Although all the options and proposals are still unclear, the US State Department confirmed some of them to BBC News Brazil. On March 28, US Agriculture Secretary Tom Vilsack spoke with then-Brazilian Agriculture Minister Tereza Cristina about the problem. Earlier, on March 16, Cristina and Vilsack had a meeting with other countries in the Americas to discuss the matter.

From there, the international agency of the US Department of Agriculture made a survey of all US fertilizer producers that could serve as additional sources for Brazil.

Currently, the US is already the fifth largest seller of fertilizers to Brazil. The Biden administration is trying to increase its own production: in mid-March, it announced an investment of US$ 250 million for US companies that are able to expand fertilizer production in the country.

In addition, the Americans started to support Brazilian efforts to find the product in other countries, such as Canada. In mid-March, Cristina went to Canada and managed to negotiate a 10% increase in the amount of fertilizer that Canadians, our 4th largest seller, send annually to Brazil.

“It is still very little, there are 400 thousand tons of potassium more, but Brazil, in 2021, used 13 million tons of potassium”, says Marcelo Mello, director of fertilizers at StoneX consultancy.

The State Department also stated that the Americans are studying a technical exchange with the Brazilians in search of greater fertilizer efficiency.

For Americans, finding alternatives for buying fertilizer goes beyond satisfying the needs of other countries, hit by the side effects of the war. This is part of the US policy of economically punishing the Russians for the conflict in Europe.

“It is clear that fuel prices and the supply of fertilizers and other inputs for food production are being impacted by Russia’s decision to invade Ukraine,” the State Department told BBC News Brazil.

“We recognize the importance of this for Brazilians. We are doing everything possible with our allies and partners to mitigate the economic impacts of Russian actions in other economies, such as Brazil. For example, the United States is coordinating with the main oil producing countries to help secure global energy supplies,” the State Department says, comparing the fertilizer push to the search for strong fuel alternatives to meet Europeans’ dependence on Russian gas.

Will it work or will it lack fertilizer?

Although they show a positive surprise at the willingness of the Americans, Brazil’s competitors in the production of commodities, to support the country in the search for solutions on the topic of fertilizers, both market sources and those linked to agribusiness within the government reacted with skepticism to the chances of functioning of the plan.

BBC News Brasil found that Brazilian producers already knew all the potential fertilizer exporters indicated by the US government. In addition, countries such as Canada or Morocco, major exporters of the product, have already signed contracts with their customers and have little capacity to expand their production.

“There’s nowhere to get it from. Nobody is failing to produce a single ton of fertilizer in the world, since the price is so high, but all this production was already compromised and nobody will let their customers down to satisfy Brazil”, he says. honey

Within the Brazilian government itself, the urgency about finding new sources of fertilizer appears to have diminished. If in mid-March, three weeks after the start of the war, the number of ships carrying fertilizers from Russia on their way to Brazil dropped to zero, now there seems to be a partial resumption of flow.

For Mello, however, it will not be enough to supply the national demand. “Producers will have to reduce the use of fertilizers between 25% and 30% in the fields. There will be a shortage. But it will not be the end of the world”, says the consultant, who currently provides services to around 40% of the country’s soybean producers. .

According to Mello, as fertilizers are historically considered cheap products, Brazilian farmers applied more than necessary to the soil, considered poor. For this reason, a reduction in the amount used now should not represent a drop in production for the next harvest. And also because of this, it is in technical cooperation with the Americans that Mello sees a more promising path in the American plan to circumvent the lack of fertilizers in Brazil.

“But this type of technical exchange is not something that should work for the next harvest, it is a matter of medium term, to give results in a few years”, he points out.

Will Biden and Bolsonaro finally meet?

Despite the apparent low chances of success of the American plan for the Brazilian countryside, in political terms, the proposal seems to have pleased. A Brazilian diplomat with knowledge of the negotiations between the two countries stated that “no one is under any illusion that the Americans act like this just because they care about Brazil, we know that they want to strengthen themselves in the region to show Putin the power of Biden, but the current term of the cooperations please us”.

In June, the US government will host the 9th Summit of the Americas in Los Angeles. In Brasilia, the American authorities made a point of inviting President Jair Bolsonaro by name to travel to the meeting.

“We look forward to the two presidents being able to finally meet in person and talk about the Summit issues,” Ambassador Costa e Silva told BBC News Brazil. Bolsonaro’s trip is not yet officially confirmed.

Since taking office in January 2021, President Biden has avoided direct contact with Bolsonaro, who has shown public support for Republican Donald Trump in the 2020 elections. Putin in February, contrary to American interests, was also a way of expressing displeasure with the treatment given to him by the US leader.

Among American diplomats heard by BBC News Brazil, the perception is growing that, especially in the face of the Ukraine war, it is necessary to get closer to allies and friendly countries.

In their conversation in Brasília last week, State Department diplomats were careful not to directly criticize the rise in deforestation in the Amazon — they praised environmental commitments signed last year by Brazil and recommended increasing efforts against crime in the field — nor did they mention thorny issues, such as the government’s relationship with indigenous peoples or tensions over the electoral process.