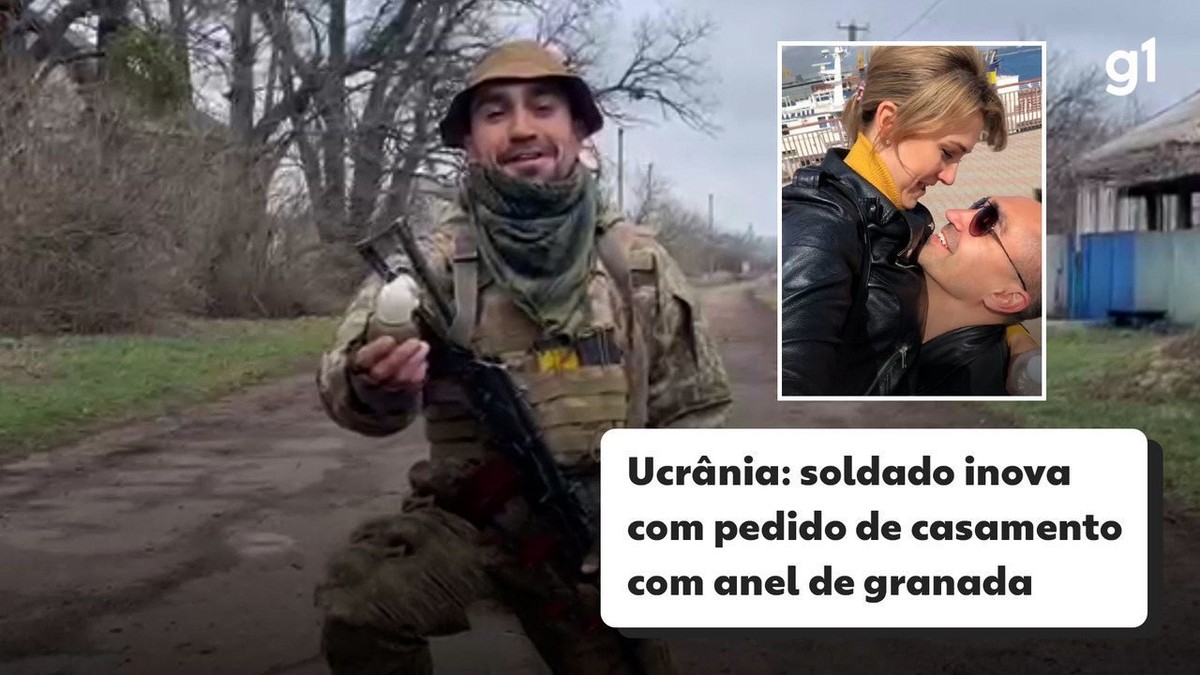 Ukrainian soldier asks girlfriend to marry him: ‘How can I refuse a man with a grenade in his hand?’ | Ukraine and Russia

Abhishek Pratap 2 weeks ago News Comments Off on Ukrainian soldier asks girlfriend to marry him: ‘How can I refuse a man with a grenade in his hand?’ | Ukraine and Russia 19 Views

“I don’t have a wedding ring for you right now, but I do have a garnet ring.” This is how Sasha, a Ukrainian soldier who is in the east of the country, proposed to his girlfriend Anastasia Blyshchyk.

The request was made after almost two years of dating, on April 5, through a video that the soldier sent to his girlfriend, who is in western Ukraine.

Anastasia Blyshchyk was proposed by her boyfriend who is on the front lines of the war in Ukraine – Photo: DW/Reproduction

“The video made me very happy. I was smiling like that for two days in a row, my mouth even hurt,” said Anastácia. “He called me back and I just said, ‘How can I refuse a man with a grenade in his hand?‘”

Although the wedding has yet to be set, Anastasia hopes that day will come soon.

“Sometimes it’s difficult to deal with emotions. Especially when he doesn’t contact me, when he doesn’t write to me or when he calls me and I hear these horrible outbursts. It’s very difficult,” Anastácia said.

Sasha is on the eastern front lines in Donbass, one of the regions in Ukraine where shelling has been heaviest.