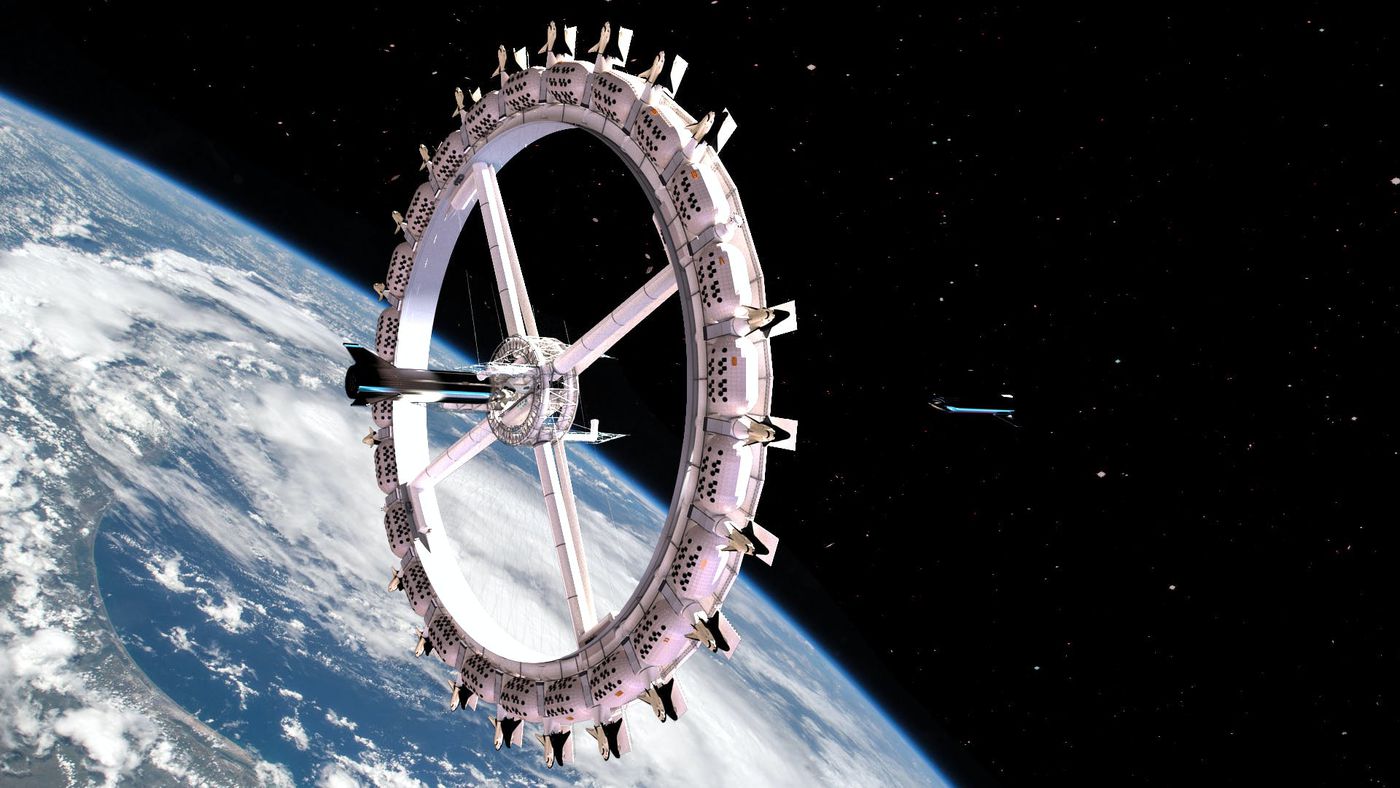 Discover the interior of the first space hotel

Orbital Assembly Corporation (OAC) has unveiled the concept of the interior of its commercial space station Voyager. Scheduled to start operating in 2027 in Earth orbit, it will be a luxury hotel with artificial gravity. Additionally, OAC has revealed its plans for a smaller version, the Pioneer, which could open by 2025.

The “space hotel” is a concept that seems to have come out of science fiction movies: a space station whose connected modules form a large revolving wheel with luxurious accommodations for its customers. Voyager will have the capacity to receive up to 400 people.

Meanwhile, OAC is working on another concept: the Pioneer station, a smaller version of Voyager, whose capacity is limited to 28 people. According to the company, the objective is for it to function as a “business park” that, in addition to receiving tourists, also houses offices and facilities for space research.

These space environments, very different from the spaces inside the International Space Station (ISS), which are not comfortable at all, may sound like something impossible to reach. But Tim Altorre, the company’s chief operating officer, believes that view will change as space tourism grows.

In an interview with CNN Travel, Altorre explained that the new concept of the Pionner station will ensure that the company’s objective is achieved sooner. “This will give us the opportunity to get people to start experiencing space on a larger scale, more quickly,” he added.

In addition, with Pioneer in operation, the company will raise funds to continue the construction of Voyager. In any case, both stations will function as a “bicycle wheel” in Earth orbit. The huge ring will produce artificial gravity, similar in intensity to the surface of the Moon.

At the center of the seasons, there will be no gravity, but as one approaches the extremities, the sensation of gravity will increase. Altorre stressed that, at first, customers will deal with “discomforts”, as using the shower and eating without Earth’s gravity will still be something peculiar.

The illustrations of the Voyager station reveal several environments very similar to luxury hotels on Earth: dining rooms, bars, gym and very comfortable rooms. The main and best difference is that, when looking through the windows, the client will observe the darkness of space and the beauty of the Earth.

Keeping an eye on space tourism

Last year, Richard Branson “inaugurated” space tourism by launching a suborbital flight with his company, Virgin Galatic. Then Blue Origin began its suborbital travels with commercial customers, including a flight with William Shatner, Star Trekwho at age 91 became the oldest person to go into space.

In addition to these initiatives, we have SpaceX, which also in 2021 launched the first completely private space mission, without the participation of government space agencies or professional astronauts. For Altorre, means to reach space already exist, but a suitable destination is still lacking.

The ISS itself has hosted space tourists, including Dennis Tito who, in 2001, became the first tourist in space. However, the international station is an environment designed for scientific work and research, so the OAC space hotels arrive to fill that niche.

In response to criticism of the growth of space tourism, who say that all this money could be invested in solving problems on Earth, Tim Altorre explained that: “many life-changing technologies” arise from space exploration, citing GPS as an example.

Altorre also stressed that space tourism will not just be for billionaires, who can pay a fortune for a trip to space. According to him, the company is doing everything possible “to make the space accessible to everyone”. Still, there are many challenges to be overcome.

The company needs to figure out how much artificial gravity it will need at its stations, as well as keep its customers safe from space radiation. However, as tourists must stay in the units for a few weeks, the radiation would not be harmful.

The company’s chief operating officer said that space hotels will not emerge overnight, but it is just a matter of time before they become a reality. For Altorre, space tourism is just beginning.