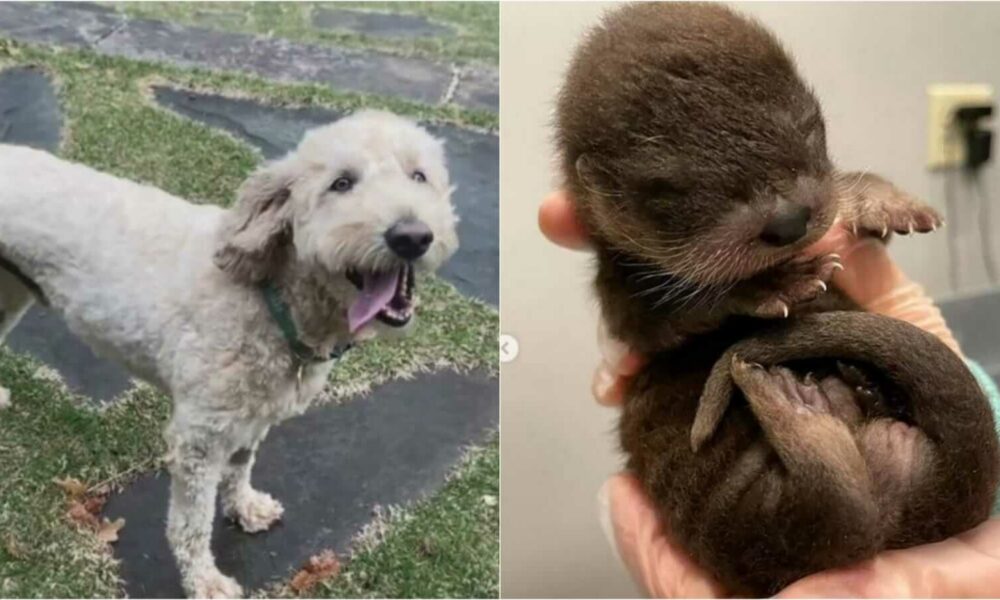 A 6-year-old dog named Gus became a hero after rescuing a baby otter from the frigid St. Croix, in the United States, on the last Easter Sunday. According to his family, Gus lost one of his legs in February to cancer.

The tutors say they weren’t sure if he would swim again. However, when he needed to, Gus jumped into the icy water and swam like a champion. According to Fox 9, the dog swam at least 15 meters from shore to save a baby otter.

The dog’s family thought he was just enjoying a swim and were shocked when he returned to shore carrying a baby otter in his mouth. Gus dropped the tiny river otter at the feet of its owner, who took it to the Minnesota Wildlife Rehabilitation Center (WRC).

The center later posted feedback on Facebook: “The otter is too young to be in the water – it should still be in the den with its mother. Having no idea where the den is, how far the little one has traveled, the otter was admitted for rehabilitation.”

According to the clinic, the specialists were concerned, as the puppy was very cold and could have aspirated water. Fortunately, the little otter has started to recover. The WRC thanked Gus and his owners, Cleo and John, for saving the puppy’s life. Gus is still undergoing chemotherapy but is expected to be cancer free soon!