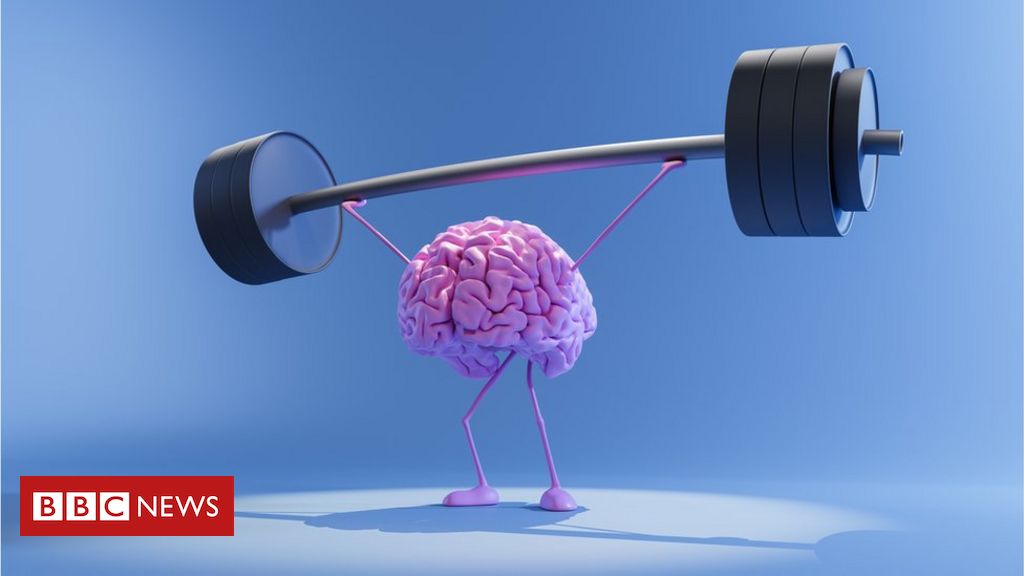 Why exercising prevents the brain from shrinking

“Mens sana in corpore sano” (“A healthy mind in a healthy body”). We often use this Latin quote to emphasize the beneficial effect of physical activity on mental abilities.

In fact, the phrase appeared in Satire X written by the Roman comedian Juvenal in the 2nd century and was longer: it indicated that one had to pray in order to have a healthy spirit in a healthy body (“orandum est ut sit mens sana in corpore sano”).

But is it true that keeping the body healthy, balanced and exercised helps maintain our brain’s mental capabilities? Yes, and there’s a lot of scientific evidence to prove it, especially when it comes to aging.

The brain loses volume during aging

As we age, tissues and organs degenerate. The ability to maintain the functionality of the cells diminishes and there is a loss of tissue. This also occurs in the brain, with the consequent neurodegeneration or loss of neurons.

Whether in pathologies such as Alzheimer’s disease or loss of functionality due to aging, several changes associated with loss of function occur in the brain. Among them, thinning of the cortical area, loss of gray tissue (neuronal bodies) and white tissue (nerve conduction), increase in the volume of the ventricles (holes inside the brain where the cerebrospinal fluid is) and decrease of neurons in different areas, mainly in the hippocampus. .

In a longitudinal study involving hundreds of volunteers over years, the Baltimore study, it was shown that the reduction in metabolic capacity associated with aging is related to an increase in the volume of the cerebral ventricle — the “hollow” space of the brain. And this leads to an increase in neurodegeneration and atrophy of the thinking organ.

If reduced metabolic capacity implies loss of brain volume, we can deduce that better energy use through exercise could slow the loss of brain tissue.

That’s how it works? The answer is not so easy. Especially since one of the main obstacles we encounter in determining the effect of any intervention on the brain is the practical impossibility of quickly verifying its consequences.

The brain is not like blood or muscle, which quickly show an easily measurable response directly or from blood components.

The good news is that the arrival of increasingly reliable imaging methods is allowing us to detect some structural changes in certain areas of the brain.

We have long had evidence that physical exercise improves cognitive ability and increases the size of certain areas of the brain, especially those related to memory.

We tend to think of our body as a compartmentalized system. If we have a liver problem, we focus on the liver, and if it’s the kidney, then the kidney.

But our body doesn’t work like that: everything is interconnected. That’s why a kidney problem can end up worsening heart disease, or a liver problem can cause brain ischemia.

In aging in particular, complex body balances are in a very precarious situation.

When we exercise, we put our body under moderate stress as we force cells to increase energy expenditure. This implies mobilizing nutrients, which must pass from stores to muscles. All the physiological changes necessary to deal with this mild stress are known as hormesis.

Some of these myokines reach the brain and there induce the expression of genes and proteins that increase the ability of neurons to establish new connections or strengthen existing ones.

One of these myokines is called BDNF (brain-derived neurotrophic factor), which is essential for neurons to establish connections and thus keep them active. In this simple way we can explain why physical exercise maintains brain volume during aging.

On the other hand, physical exercise also increases blood flow and oxygenation, having a positive impact on brain activity in the elderly as well.

In addition, other studies have shown that moderate physical exercise produces anti-inflammatory effects that can affect the brain, for example, thereby reducing the progression of Alzheimer’s or senile dementia.

It is better to avoid inactivity and a sedentary lifestyle if we want to add life to years and not just years to life.

*Guillermo López Lluch is Professor of Cell Biology, Associate Researcher at the Andalusian Center for Developmental Biology and Researcher in Metabolism, Aging, and Immune and Antioxidant Systems at the Pablo de Olavide University in Spain

This article was originally published on the academic news site The Conversation and republished here under a Creative Commons license. Read the original version here (in Spanish).

She's our PC girl, so anything is up to her. She is also responsible for the videos of Play Crazy Game, as well as giving a leg in the news.
Previous NASA Helicopter Images Show Garbage Left on Mars | Energy and Science
Next Woman discovers husband cheating over Disney photo