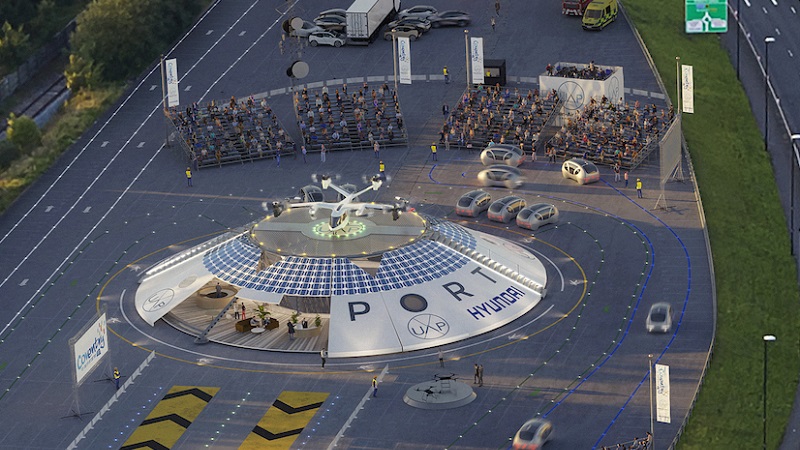 First airport for flying cars opens in the UK

Yes, you read the title well and there is no mistake. The first airport for flying cars was actually opened in the United Kingdom.

However, and perhaps as will be understandable, the new facilities are not yet open to the public and no flying car will be able, for now, to take off in the space designated Air-One.

Last week, the first airport for flying cars in the United Kingdom opened. The responsible for the project is Urban-Air Port, based in the country and creator of land infrastructure for taxis and autonomous delivery drones.

And by the hands of this company, the airport designated Air-One was inaugurated on April 25th, which will then be a "vertiport" that will serve as a hub for electric vertical take-off vehicles (eVTOL).

The project was supported by the UK government and Urban-Air Port will then operate the Air-One for at least one month in the city of Coventry. The goal is to define a plan for the more than 200 "vertiports" that are expected to open around the world over the next five years.

According to Ricky Sandhu, founder and CEO of Urban-Air Port, in a statement to Aviation24.be:

The opening of Air-One is an important moment – ​​the starting point for a new era of transport, an era of zero emissions and congestion-free travel between and within cities that will make people healthier, happier and more connected than ever before. that never.

Cars have roads. Trains have lines. Airplanes have airports. eVTOLs now have an Urban-Air Port.

However, for now, Air-One does not yet allow take-offs, but several airport structures could be operational soon.

The airport will have several services, from the command and control of flying vehicles, eVTOL loading, cargo loading for unmanned drones and even demonstration flights. And once the objectives are completed in Coventry, the Air-One will establish itself elsewhere in the UK and in other regions of the world, so that the demonstrations can be tested in different environments and settings.

The places where in the future these "vertiports" can be installed are Los Angeles, Australia, South Korea, France and Germany.

It is estimated that over the next 20 years, the advanced air mobility market could reach US$1 billion, with about 9% annual growth. However, NASA indicates that the biggest limitation is the lack of infrastructure. And that's the problem that Urban-Air Port aims to solve.