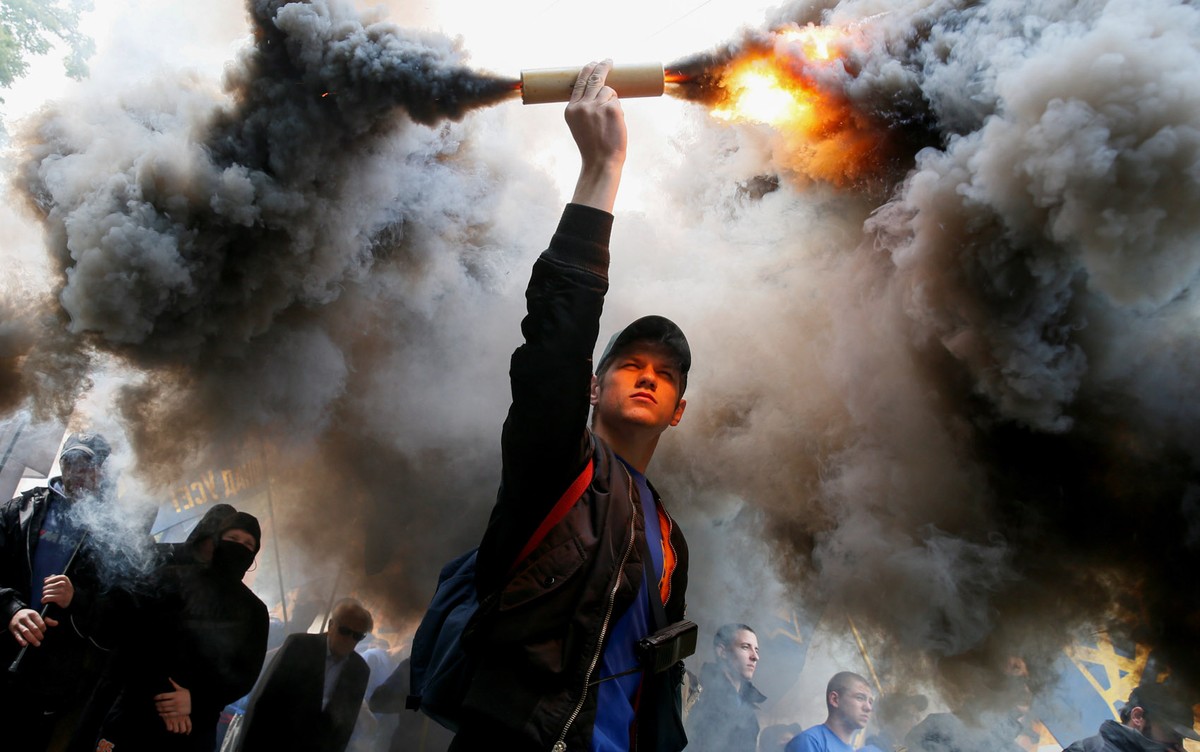 “I’m going to say something that Israeli politicians undoubtedly don’t want to hear, but that might be of interest to them. In Ukraine, Israeli mercenaries are on the side of Azov fighters,” Maria Zakharova said in an interview with Sputnik radio on Wednesday. fair (4).

Zakharova is a spokeswoman for the Ministry of Foreign Affairs.

What is the Azov battalion?

Ukrainian nationalists and Azov soldiers march in Kiev, Ukraine, to mark the founding of the Ukrainian Insurgent Army. The paramilitary resistance movement was formed in 1943 to fight for the country’s independence.

Founded in 2014 by far-right military personnel and later integrated into the Ukrainian Armed Forces, the Azov battalion is one of the most combative opponents of Russian troops, who launched a military offensive in Ukraine on February 24.

The members and other Ukrainian fighters refuse to hand over their weapons at the besieged port of Mariupol (southeast Ukraine), where the city’s last defenders are entrenched in the Azovstal steelworks, the target of a Russian attack since Tuesday.

For many Ukrainians they are heroes, but in Russia they are presented as “fascists” and “Nazis” who commit abuses.

By claiming that there are Israelis fighting within the battalion, Moscow fuels the controversy created by Russian Foreign Minister Sergei Lavrov, who said on Sunday that Adolf Hitler had “Jewish blood”, a theory denied by historians.

The statement sparked outrage in Israel, whose authorities called it “scandalous, unforgivable and a horrible historic mistake”.

On Tuesday, the Russian Foreign Ministry added to the controversy by accusing Israel of “supporting the neo-Nazi regime in Kiev”.