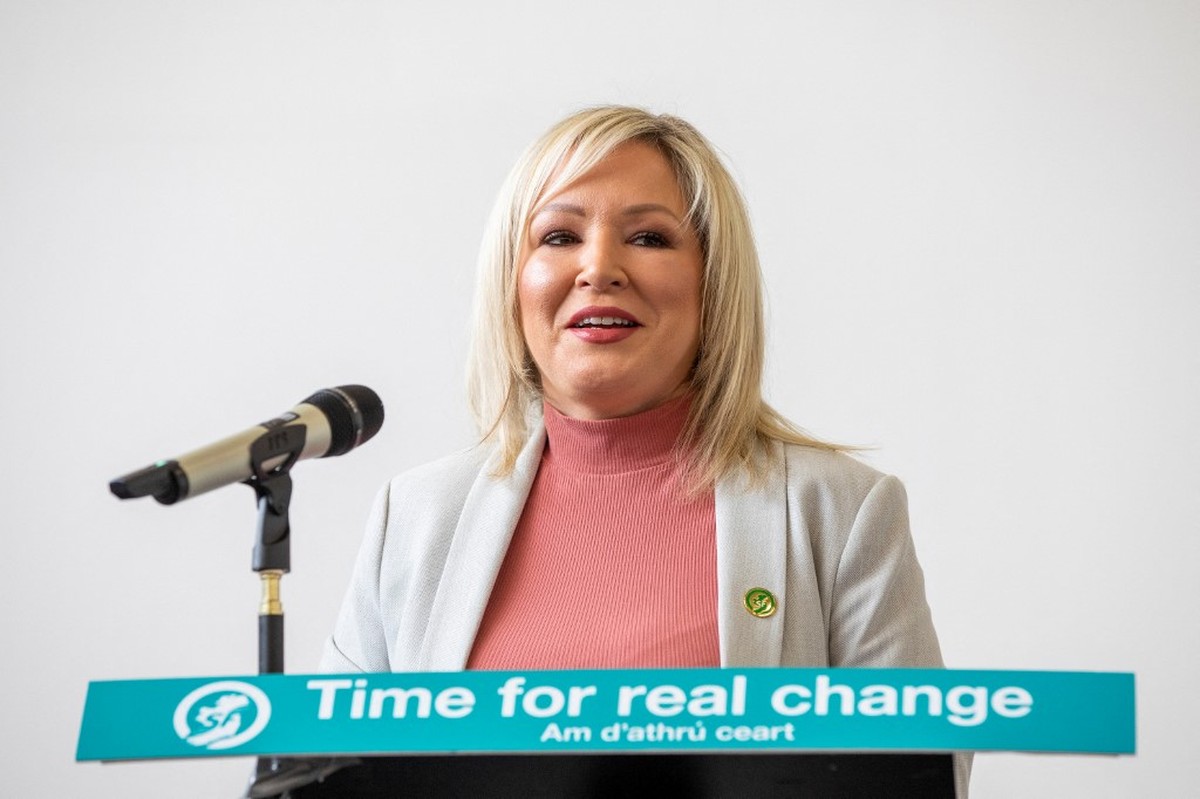 Sinn Fein, a Northern Irish party that was the political arm of the Irish Republican Army (IRA), could become the most voted in the country’s Assembly – which would happen for the first time – in parliamentary elections scheduled for this Thursday. (5).

The party is led by 45-year-old Michelle O’Neill. She is currently the deputy prime minister of the government shared with the unionist DUP party.

O’Neill, the leader of Sinn Fein, could become Northern Ireland’s first leader from the nationalist and Catholic movement.

This would mark a turning point for the party and for the UK and Ireland a century after the creation of what unionists call a “Protestant state for a Protestant people” in Northern Ireland.

The IRA, the republican army, abandoned violence in the 1990s. In 1998, peace accords were signed that ended three decades of bloody conflict.

Since then, Sinn Fein has become more present on the political scene.

In 2018, the party’s historic leader, Gerry Adams, gave way to a new generation led by O’Neill.

Michelle O’Neill, a deeply Republican with a father who was arrested for IRA-related activities, emphasizes in her campaign issues such as purchasing power and access to healthcare.

Sinn Fein’s raison d’être is the island’s reunification, but what has driven the party up in the polls is its economic claims, which attract a younger electorate — the party has campaigned on housing and employment problems since the crisis. financial year 2008.

“They have younger, more dynamic leaders like Mary Lou McDonald and Michelle O’Neill who speak up and attack the status quo,” says Deirdre Heenan, a professor of social policy at the University of Ulster.

According to her, there is no current opinion in favor of a referendum on reunification. “After Brexit, people want stability and someone to deal with the cost-of-living crisis,” she says.

Electoral and demographic trends favor nationalists as the unionist population is aging faster, according to Heenan.

“It’s extraordinary that a political party can claim real change after being in power for 14 years,” says Heenan. “They run at the same time as opposition and government” due to their coalition with the DUP.

While victory seems closer than ever, Sinn Fein’s advance has been steady since 2007 in Northern Ireland – that year, Martin McGuinness, a former IRA commander, was elected deputy prime minister alongside the founder of the DUP, Ian Paisley, a Protestant pastor.

McGuinness formed an unlikely alliance with Paisley. The duo worked out and earned the nickname “Chuckle Brothers”. Both are already dead.

Of the 90 seats in the Northern Ireland Assembly, Sinn Fein currently holds 26, the same as the DUP. Although it has moved away from its militant and socially conservative roots, the party still does not recognize any British sovereignty in Ireland, and seven of its current MPs refuse to sit in the House of Commons in London.