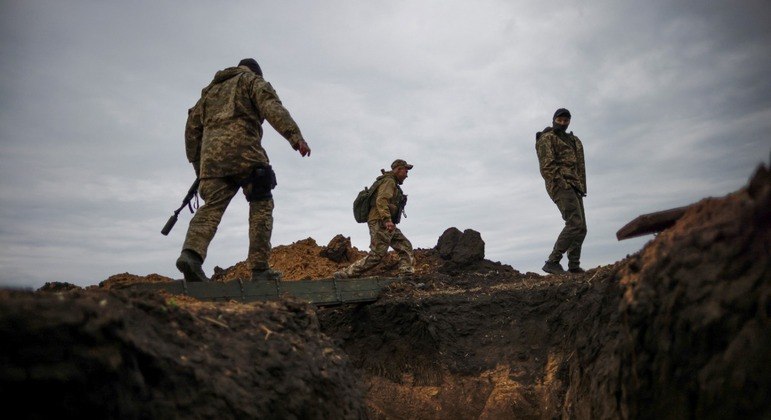 The intelligence information provided by the United States to the Ukrainian army allowed the location of several Russian generals close to the front lines, said the New York Times, citing anonymous US intelligence sources.

Washington’s efforts to help Ukraine in the fighting “have focused on determining the location and other details of mobile Russian army barracks,” the paper said.


According to intelligence sources cited on condition of anonymity, the information, combined with that of Ukraine, as well as the interception of communications, allowed artillery strikes against senior Russian officials. The anonymous sources did not name the victims, the New York Times said.

The US National Security Council (NSC) called “irresponsible” the claim that Washington is helping Kiev in the assassination of Russian generals.

“The United States provides battlefield intelligence to help Ukrainians defend their country,” NSC spokeswoman Adrienne Watson wrote to AFP in an email. “We do not provide intelligence with the intention of killing Russian generals,” she added. The Pentagon did not respond to AFP’s request for comment.

On Monday, the Pentagon officially announced that Russian Chief of Staff Valery Guerasimov had visited the frontlines in the Donbass region of eastern Ukraine for “several days” over the past week, suggesting that the main Russian military commanders were approaching the fighting. But the Pentagon has not confirmed rumors that Guerasimov is injured.

An aide to Ukraine’s Interior Ministry said Sunday that many Russian officers had been hit in an “explosion” in Izum, in eastern Ukraine. He also said that the Russian Chief of Staff was there. Another Ukrainian source, however, said Guerasimov was not injured.

The Ukrainians announced that they had killed several Russian generals since the invasion began on February 24.

American intelligence assistance to Ukraine, which Washington does not disclose, is joined by billions of dollars in military equipment delivered — more transparently — to the Kiev army, including anti-tank weapons, ammunition and, more recently, heavy artillery, helicopters and drones.