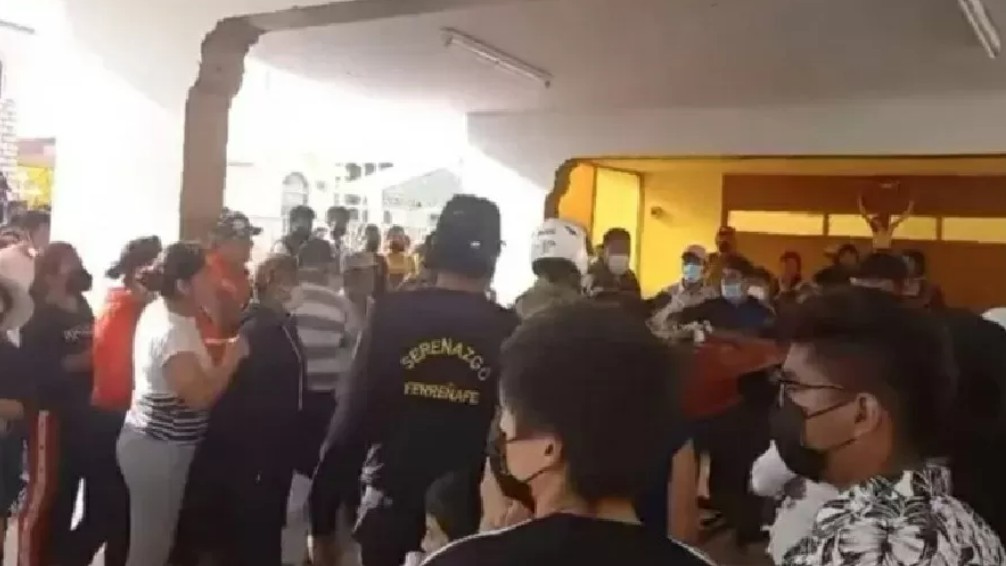 Video: Peruvian woman considered dead ‘wakes up’ in coffin during her own wake

Abhishek Pratap 2 weeks ago News Comments Off on Video: Peruvian woman considered dead ‘wakes up’ in coffin during her own wake 30 Views

Rosa Isabel Cespedes Callaca, 36, was in a car accident on April 25 in Lambayeque, Peru. She was then taken to a hospital in the region and, after being in a coma, had her death confirmed by doctors. To the family’s surprise, she woke up while inside the coffin, moments before she was buried. The information is from UOL.


In the car were also Rosa’s three children, who are hospitalized in serious condition, and a brother-in-law, who could not resist his injuries and died at the scene.

Rosa’s wake took place on Monday (3). At that moment, some family members heard a noise coming from inside the coffin.

When they opened the lid, they were startled to realize that the woman was alive and looking at them. She was also scared as she didn’t understand the situation.

“She opened her eyes and was sweating. I immediately went to my office and called the police,” Juan Segundo Cajo, the caretaker of the cemetery, said in an interview with Peruvian newspaper El Comercio.

Now, the family will demand explanations from the medical team that attended Rosa Isabel.

“We want to know why my niece reacted on Monday when we took her to be buried. We have videos where she pushes and touches the coffin,” said one of Rosa’s aunts.

The local authorities opened an investigation to investigate the case and find out if there was a mistake on the part of the doctors.

Food maven. Unapologetic travel fanatic. MCU's fan. Infuriatingly humble creator. Award-winning pop culture ninja.
Previous The cyclist who dropped out of the Olympics to rob banks with a bicycle | World
Next Oral drug against covid-19 is approved by Anvisa