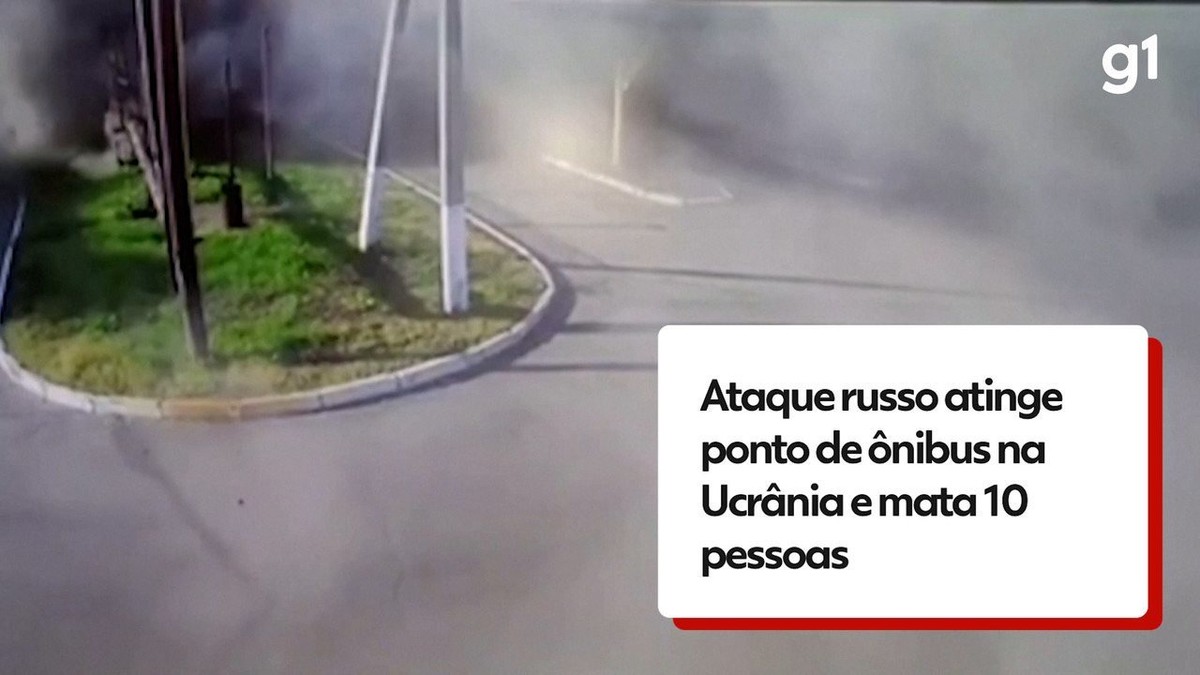 Workers at a coal plant in the city of Avdiivka were waiting for the bus after work when Russian troops bombed the site on Tuesday, killing 10 people. The video above, released today, shows the attack.

Another 20 people were injured in the attack. The company responsible for the industry, Metinvest, said employees who had not had time to return to the factory, which is equipped with a bomb shelter, water, medicine and power generators.

Russia did not comment on this incident. The country denies attacking civilian targets.

Debris of a bomb that hit a bus stop in Avdiivka, eastern Ukraine (Photo: Ukrainian National Police via Reuters)

The company, one of Ukraine’s largest steelmakers, has announced that it will help its employees leave the region. The city of Avdiivka is located in Donetsk, in the east of the country, a place considered to be the front line of the war.

“Despite the difficulty of transport, we are ready to evacuate all our employees and their families who want to leave this dangerous place,” the company said in a statement.

The industry is the biggest producer of coke, a mineral obtained from coal and used as fuel. The number of employees operating at the site had already been reduced, but production continued to ensure supplies to other industries.

Metinvest is controlled by Ukraine’s richest businessman, Rinat Akhmetov, who is also in charge of the Illich and Azovstal metallurgical plants in Mariupol. From the beginning of the war, these industries were placed in a special “conservation” system, according to the company, to protect equipment and prevent accidents during the invasion of Russia.