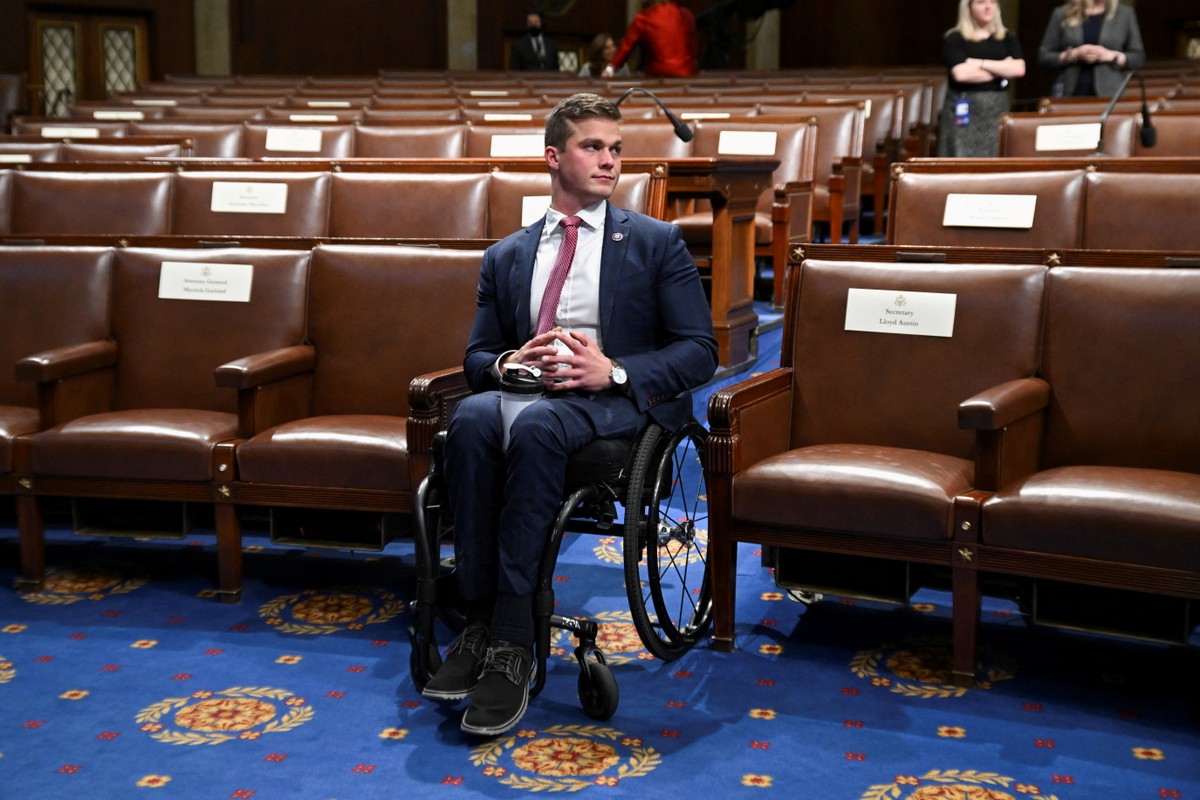 Conservative US congressman has intimate video leaked with another man | World

A 28-second video showing a naked young man with another man in bed amid screams and laughter was released on the internet this week. In the leak it was said that he belonged to Representative Madison Cawthorn. The American, openly against LGBT rights, did not deny the authenticity of the video.

The 26-year-old political rookie on Thursday called the video’s release a “coup” and “blackmail” against him and said it showed him playing with a friend years ago.

“A new blow to me just landed. Years ago in this video, I was being rude to a friend, trying to be funny. We were acting silly and joking. That’s it,” Cawthorn tweeted.

“Blackmail will not win. We will”, completed the deputy.

US Representative Madison Cawthorn during an event on April 9, 2022 — Photo: Erin Siegal McIntyre/REUTERS

The factor joined other Cawthorn episodes and led powerful Republicans such as Kevin McCarthy, the top Republican in the House of Representatives, to sever ties with him.

“It’s not just any one thing. It’s the whole,” US Senator Tom Tillis from North Carolina, who is actively working against Cawthorn, told Reuters.

Tillis added, “I just want the best representation, best results for the people in the district.” Tillis described the video as “embarrassing nonsense”.

Cawthorn was supported by Donald Trump in 2020 en route to Congress. As the youngest member of Congress, he adopted the former president’s aggressive style and won his endorsement for re-election in 2022.

But a poll conducted for the GOPAC Republican Election Fund showed that Cawthorn’s lead among likely voters in the primaries had dropped to 38% at the end of April from 49% in March. The survey has a margin of error of 4.9%.

The American Muckrakers PAC, dedicated to opposing Cawthorn, released the video this week on FireMadison.com. In addition to the two individuals in the bed, the scene included the wheelchair, which Cawthorn uses, nearby.

Jim Davis, a former Republican state senator who ran against Cawthorn in 2020 and ended up voting for him in the second round, said: “A lot of Republicans think he’s an embarrassment given the things he’s saying and the things he’s done. . And I am one of them.”