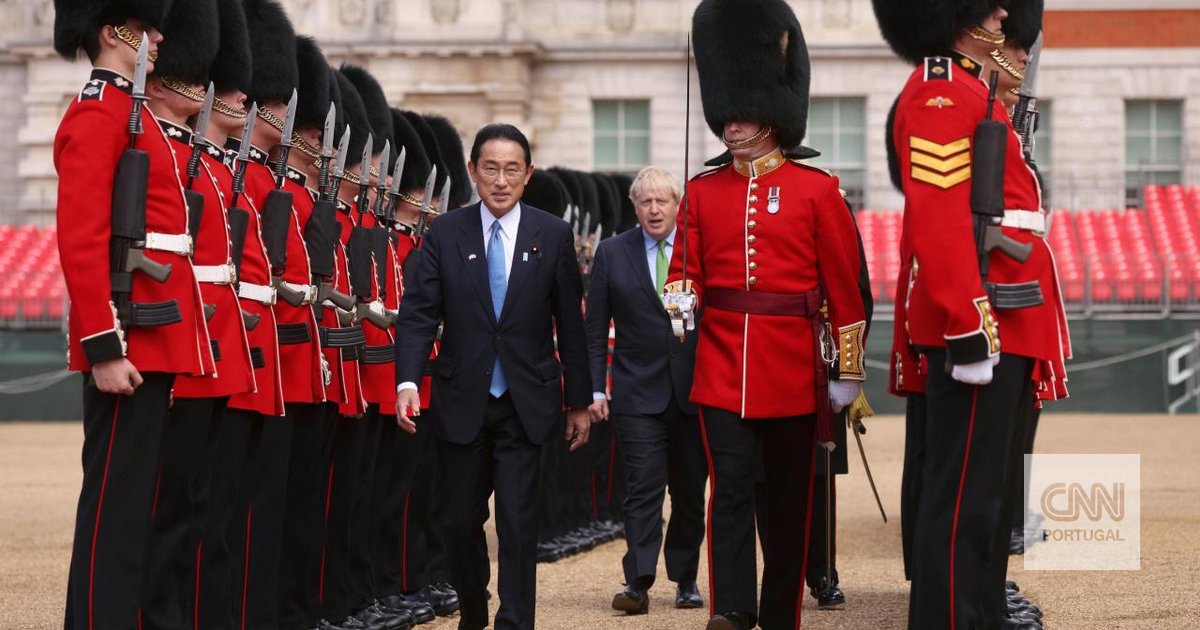 Japan strengthens defense pacts with UK and US

The Japanese Prime Minister was in London and reached an agreement in principle with Boris Johnson on a new bilateral defense pact. In the US, Japan’s Defense Minister and his counterpart agreed to strengthen military cooperation. Pentagon makes ‘full range’ of US nuclear and conventional defense capabilities available

With the Russian invasion of Ukraine opening a new chapter in challenging the international order based on the rules and norms of the United Nations Charter, and with China increasingly emerging as an economic and military superpower with an aggressive attitude towards In relation to its neighbours, Japan has done everything to strengthen security and defense pacts with its western allies. This Thursday, Prime Minister Fumio Kishida was in London and reached an agreement in principle with Boris Johnson for a new defense pact between the two countries. Almost simultaneously, the Japanese Defense Minister was at the Pentagon to reinforce military cooperation with the US.

In London, Kishida and Johnson outlined what will become a new defense cooperation pact between London and Tokyo. The agreement in principle aims to guarantee a “free and open Indo-Pacific”, in contrast to the expansionist ambitions of an increasingly assertive China in the Pacific Ocean, and the increasingly belligerent tone of Russia towards Japan.

The aim of London and Tokyo is to sign a reciprocal access agreement (RAA), which, when signed, will allow for a faster deployment of troops from both countries in case of need for military support. An RAA, along with an acquisition and cross-service agreement that allows nations to share munitions and supplies, will be a major leap forward in defense cooperation between the two capitals. The future pact will also allow the forces of both countries to participate in joint training and disaster relief actions.

In January, Japan signed a similar RAA with Australia, in what was then presented as a historic agreement, as Tokyo only had a security and defense pact of this kind, with the USA, the main military partner of the Japanese since its defeat in II World War.

Following the agreement with Australia, Kishida intends to sign a similar pact with the UK, bringing Japan even closer to the AUKUS countries, the new trilateral security pact signed between the US, Australia and the UK in September 2021.

“Ukraine could be the East Asia of tomorrow”

The Japanese head of government was in London at the end of a week-long diplomatic tour that took him to Indonesia, Vietnam, Thailand, Italy and the United Kingdom. Meeting with Boris Johnson, Kishida thanked Britain’s growing involvement in the Indo-Pacific region. According to Kyodo News news agency, the two leaders expressed “strong concern” about unilateral attempts to change the status quo in the South China and East China Seas, and the “rapid but non-transparent” development of military activities there. area of ​​the globe – a reference to the emergence of China as a major military power in the region, with a strong presence of its navy and the expansion of its zone of influence to the South Pacific, with the recent cooperation and security agreement with the Solomon Islands .

Attempts at “economic coercion” were also condemned by Kishida and Johnson, in another veiled reference to an increasingly used instrument of pressure by Beijing.

“Ukraine could be the East Asia of tomorrow,” Kishida told a press conference in London after meeting Johnson. Words that echo fears that Beijing will use the lessons of the Russian invasion for an eventual invasion of the democratic island of Taiwan in the future.

“Russia’s aggression is not just an issue for Europe. The international order that encompasses the Indo-Pacific is at stake,” reiterated Kishida.

Simultaneously with Kishida’s trip to Europe, his defense minister, Nobuo Kishi, traveled to the United States, where he met his counterpart, Lloyd Austin. Defense officials of the two countries agreed to align their respective security strategies and strengthen military cooperation in order to deter any attempt to alter the status quo by force in the Indo-Pacific.

According to Japan’s Ministry of Defense, quoted by Kyodo News, Kishi conveyed Japan’s “strong determination” to significantly strengthen its defense capabilities. Austin welcomed this determination and reaffirmed the US commitment to the defense of Japan. This involvement, he said, includes expanded deterrence capability supported by the “full range” of US nuclear and conventional defense capabilities, the Defense Department chief assured during the Pentagon meeting.

Moment of change for Japan’s Defense

The deepening of cooperation between Tokyo and its major Western allies in security and defense matters comes at a crucial moment for the future of Japan’s defense policies.

The country faces a triple threat from countries in the region: China’s growing assertiveness as an economic and military superpower; the return of the North Korean military threat; the deterioration of relations with Russia after the invasion of Ukraine.

The growing tension with China is a fact of recent years, the permanent threat posed by North Korea has been part of the region’s landscape for a long time, but Russia’s sudden hostility counteracts a process of rapprochement between Tokyo and Moscow over the years. last two decades. Both China and Russia have had territorial disputes with Japan since World War II, which have never been resolved, and which in recent times have justified more aggressive positions in the statements of the respective foreign ministers.

Japan plans to update its National Security Strategy this year, and Russia’s war against Ukraine has led Tokyo to change the way it views this neighboring country – it is likely that in the future National Security Strategy Moscow will be described as a “death challenge”. security”, and no longer as a security partner, as it is classified from the document that is currently in effect.

The war in Eastern Europe, the return of North Korea’s ballistic missile tests – in April one of them hit Japan’s Exclusive Economic Zone – and the constant incursions of Chinese warships into Japanese waters have given new impetus to Tokyo. strengthen its defense and deterrence capabilities.

Prime Minister Kishida’s Liberal Democratic Party recently proposed a substantial increase in defense spending – possibly to an amount equivalent to 2% of gross domestic product above the current 1% – and the development of a capability to attack positions launching missiles into enemy territory. This possibility is, however, presented as a form of defense against external threats.

If this change takes place, it will be a revolution in relation to the entire history of Japan since World War II. The country has a constitution with a pacifist rule, which prohibits the use of war as a means of conflict resolution. The Japanese armed forces are called Self-Defense Forces, because the fundamental law expressly prohibits the possibility of military attacks by the country. However, given the current concern about the country’s defense, there are those in the majority party who admit a constitutional revision that mitigates the absolute renunciation of war.

Can Taiwan be the next Ukraine?

At the Pentagon, the Japanese defense minister said that Russia’s attack on its neighbor is “a serious challenge to the international order” and that “such a unilateral change of the status quo by force is a concern also in the Indo-Pacific region”. The US Defense Secretary agreed that Russia’s aggression has implications “far beyond Europe” because of the challenge it poses to the rules-based order.

Russia’s invasion of its neighbor has raised concerns in Tokyo over whether Taiwan could be the “next Ukraine” if China chooses to force reunification with the island, which has been a self-governing democracy since 1949. come into conflict with China, and would also pose serious security challenges to Japan, both because it is a US ally and because of its geographical proximity to Taiwan and the existence of the territorial dispute over the Senkaku Islands, in the south of the Japanese archipelago.