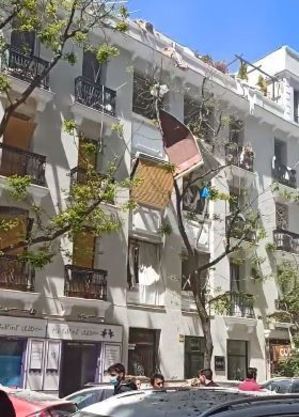 A strong explosion that occurred this Friday (6) in the attic of a four-story building in Madrid, Spain, caused by reasons still unknown, has so far left 18 people injured, one of them seriously, and two missing.

According to the emergency service in the Spanish capital, firefighters are working at the scene looking for victims who may have been buried, and they rescued four of the injured from among the rubble.

Two workers who were trapped in the building, located on Calle General Pardiñas, in the heart of the Salamanca district, are being sought.


Explosion zone in the Barrio de Salamanca, important damage, people who pass through the street have been affected due to cuts by the crystals. For the moment all the LIGHT heridos. pic.twitter.com/DTLmLOHdON

The cause of the explosion, which took place at 1:30 pm (9:30 am Brasília time), could be linked to works carried out on the building, said Madrid mayor José Luis Martínez Almeida.

According to him, four injured were taken to a hospital, and the others received medical care on the spot.

Firefighters have ordered the evacuation of one of the neighboring buildings so the structure can be assessed.