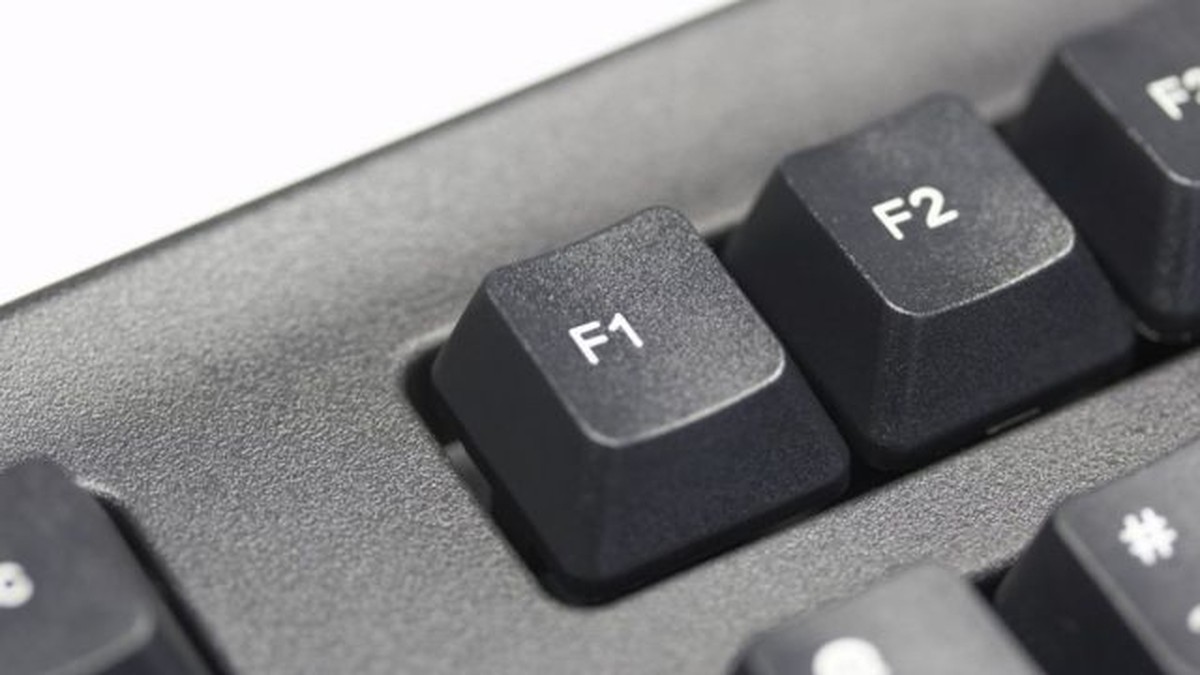 What are the F1 to F12 keys for on computers | Technology

If you’re in front of a computer keyboard right now, can you identify what the 12 keys in a row from F1 to F12 are for?

They are called quick function keys and can facilitate the routine of those who use both the Microsoft operating system, Windows; as Apple’s Mac.

In its blog, Microsoft recalls that “for users with visual or mobility impairments, keyboard shortcuts can be easier than using the touchscreen and are an essential alternative to using a mouse”.

In Apple’s operating system, special functions are marked by icons displayed on the keys, such as the ones that indicate the screen brightness or volume adjustment. If pressed together with the function (fn) key, they can also trigger quick functions — which is especially useful if you use Word on Mac.

Below are some useful functions that are at your fingertips.

On Windows, F1 opens the help menu for the program being used. If pressed at the same time as the Ctrl key, it hides or shows the Excel and Word options menu.

Pressing F1 + Shift (that key with the little arrow up), the “show format” panel appears in these programs.

On Mac, the F1 key, with a small light bulb icon, reduces the screen brightness. In Word, by pressing the Fn + F1 key, it is possible to undo the previous action.

If you press Alt + Ctrl + F2 in Microsoft Office, the document library immediately opens. In Word, with Ctrl + F2, you can see a print preview of the file.

The F3 key is used to open the search function in Windows explorer, Firefox and Chrome. When typing, if you add this key to the Shift key, it will change the letter to uppercase or lowercase.

On Mac, this key activates or deactivates so-called mission control, which offers a wide view of all open windows.

If you use Word on Mac, F3 is for copying selected content to the clipboard.

With Alt + F4, it’s easy to close a window. If you use Apple’s system, F4 toggles Launchpad on and off, a tool for finding and opening apps on Mac.

Want to refresh a webpage or folder you’ve opened? Press F5. If in addition you want to clear the cache (data that is temporarily stored), press Ctrl + F5.

If you are using PowerPoint and want to start the presentation, this is also your key.

In Microsoft Office, F5 is used to open the “Find and Replace” function. On Apple’s system, it dims the key light.

In Word, using Windows, the Ctrl + Shift + F6 combination allows you to easily switch from document to document.

On Mac, the F6 key increases the light intensity of the keys.

If you are working on Word, Windows system, and need a spelling and grammar check, there is a handy shortcut: Alt + F7. If using a Mac, just use the F7 key.

With Shift + F7 you can also access the thesaurus in Windows.

Also, using Word on Mac, F8 is for widening a selection: for example, if you select a word and then the shortcut, the selection is widened to the entire sentence.

This key allows you to send and receive emails in some applications. If you use Windows, Ctrl + F9 is used to insert empty fields.

F10 allows you to mark elements of the active window and switch to another window. Along with Shift, this key opens that same menu that usually appears when we right-click on the desktop, on top of a file or folder. The same happens if you use Mac, but in that case, you have to press F10 + Fn.

You can quickly enter full-screen mode: just press F11. If using Apple system, use this key to reduce the audio volume.

To open the “Save As” function in Word, click F12. You can also directly save the document by pressing F12 + Shift, or open a document with F12 + Ctrl.

Putting the three keys together, Ctrl + Shift + F12, will open the print function. With Mac, you can use F12 to increase the audio volume.

Raju has an exquisite taste. For him, video games are more than entertainment and he likes to discuss forms and art.
Previous The unique two-fuselage plane flew again, watch the moment
Next Teresina will have drive points for 4th dose and flu vaccination