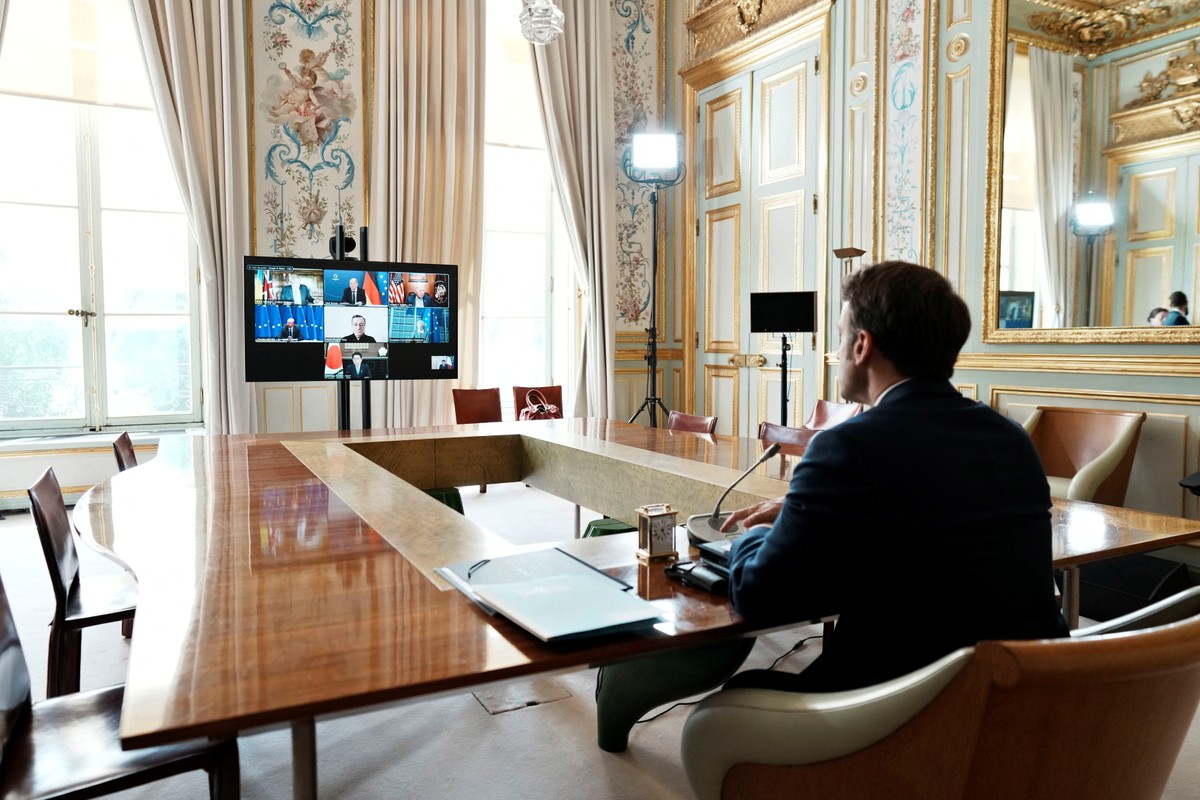 The group of the world’s most developed countries (G7) “has committed to banning or phasing out imports of Russian oil,” the White House said on Sunday.

“This will be a severe blow to the main artery of (Russian President Vladimir) Putin’s economy and deny him the necessary income to finance his war,” it added in a statement.

The text does not specify which commitments were made by the members of the G7 (France, Germany, Canada, Italy, Japan, the United Kingdom and the United States), which held its third meeting of the year by videoconference this Sunday, with the participation of the President of Ukraine, Volodymyr Zelensky.

G7 leaders pose for a ‘family photo’ at the summit in Cornwall, England, on June 11, 2021. — Photo: Patrick Semansky/Pool via AP

The choice of date is highly symbolic as Europeans commemorate the end of World War II in Europe on May 8.

The meeting was also held on the eve of the military parade in Russia on May 9, marking the Soviet Union’s victory over Nazi Germany.

The West has so far shown very close coordination in its sanctions announcements against Moscow. However, it is not advancing at the same pace when it comes to Russian oil and gas.

The United States, which was not a big consumer of Russian oil, has already banned its import.

Members of the European Union, pressured to implement this measure, are much more dependent on Russia.

In this sense, the EU continues, this Sunday, the intense negotiations to establish an embargo on Russian oil.

Meanwhile, the United States has also announced new sanctions against Russia, which affect the media and access of Russian companies and large fortunes to consulting and accounting services, both American and British, which are the world’s great experts.

By including Channel One Russia, the television station Russia-1 and the NTV Broadcasting Company on its list, Washington forbids any US company from funding them through advertising or selling equipment.

“No American company should be involved in financing Russian propaganda,” said a senior White House official, who requested anonymity.

He also highlighted that while Europeans have closer industrial ties with Russia, the United States and the United Kingdom, on the other hand, dominate the universe of services, namely through the “Big Four”, the four global giants of auditing and consulting: Deloitte, EY, KPMG and PwC.

US President Joe Biden during a speech at the White House, this Thursday (28) – Photo: Evelyn Hockstein/REUTERS

Washington also announced new bans on the export of US products to Russia, on all capital goods from excavators to ventilation systems and boilers.

Finally, it announced the imposition of visa restrictions on 2,600 Russian and Belarusian personalities, as well as sanctions against employees of Sberbank and Gazprombank banks.