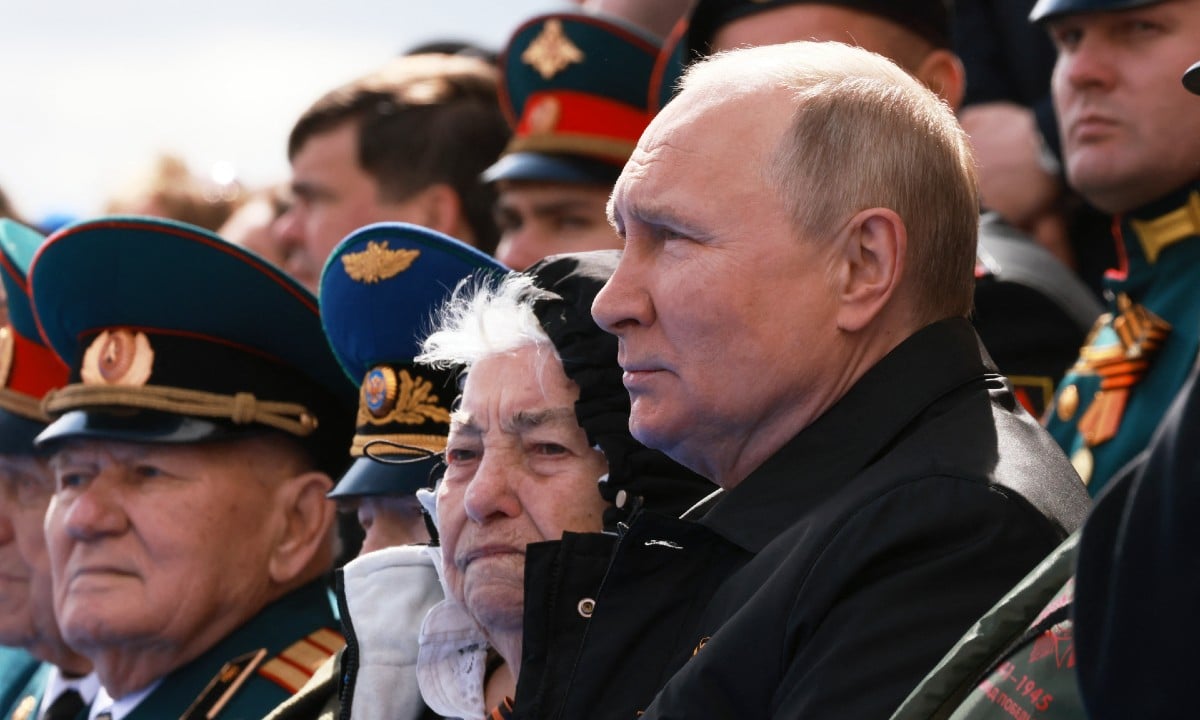 Russian President Vladimir Putin said on Monday that the country’s army is fighting in Ukraine to defend the “motherland” against an “unacceptable threat” posed by its Western-backed neighbour.

He also said that everything possible must be done to avoid a repetition of “the horror of a new world war”, in a brief speech at the traditional 9th ​​military parade in Moscow’s Red Square celebrating the Soviet victory against the Nazis in 1945. .

Speaking directly to the Armed Forces, he declared: “You are fighting for your homeland, for your future,” the president said in front of thousands of soldiers.

Commenting on his decision to send troops to Ukraine on February 24, Putin reiterated that Ukrainian authorities were preparing an attack against pro-Russian separatists in the east of the country, wanted to develop the atomic bomb and received support from NATO, a serious threat to the Russia.

“A totally unacceptable threat was being formed, directly, on our borders”, he declared, before returning to accuse the neighboring country of neo-Nazism and classifying the offensive as a “preventive response” and “the only good decision”.

Two and a half months after the start of the conflict, fighting is concentrated in the east of the country. Russia was forced to reduce its ambitions to quickly take the country and the capital, Kiev, in the face of strong resistance from Ukrainian troops, armed by Western countries.

Since Vladimir Putin came to power in 2000, the traditional May 9 parade celebrates both the Soviet victory over Nazi Germany and the strength of Russia after the humiliation of the fall of the USSR.

The Russian president also links the conflict in Ukraine with what happened in 1945 and does not forget to classify the adversary as a neo-Nazi.

Putin also made May 9 a patriotic date for Russians, even though the USSR lost 27 million citizens in the war.