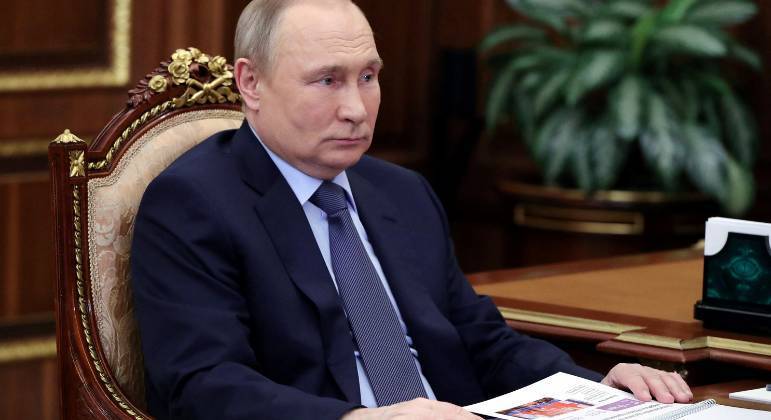 Abhishek Pratap 2 weeks ago News Comments Off on Putin: ‘Victory will be ours, as in 1945 against Nazi Germany’ – News 8 Views

Russian President Vladimir Putin said on Sunday that “as in 1945, victory will be ours”, drawing numerous comparisons between Russia’s role in World War II and the current conflict against Ukraine. This Monday (9), the Russians celebrate the 77th anniversary of the defeat of Nazi Germany.

“Today, our soldiers, like their ancestors, fight shoulder to shoulder for the liberation of their homeland from Nazi filth, with the confidence that, as in 1945, victory will be ours,” the Russian president said.


“Our common duty today is to prevent the resurgence of Nazism, which caused so much suffering to people in different countries,” added Putin, who also wished that “the new generations are worthy of the memory of their parents and grandparents.”

Putin also made several references not only to soldiers but also to civilians on the Russian “internal front” who “crushed Nazism at the cost of countless sacrifices.”

“Unfortunately, today Nazism has raised its head again,” said the Russian president, in a hint to the Ukrainians, to whom he wished “a peaceful and just future.”

“Our sacred duty is to stop the ideological successors of those who were defeated” in World War II, which Moscow calls “the great patriotic war,” Putin said.

This Monday (9), Russia will celebrate, with a military parade, the victory against Nazi Germany. Because of this, Ukrainians fear an intensification of the Russian offensive this Sunday.

Russia says the military operation launched in Ukraine on February 24 is aimed at “demilitarizing” and “denazifying” Ukraine.