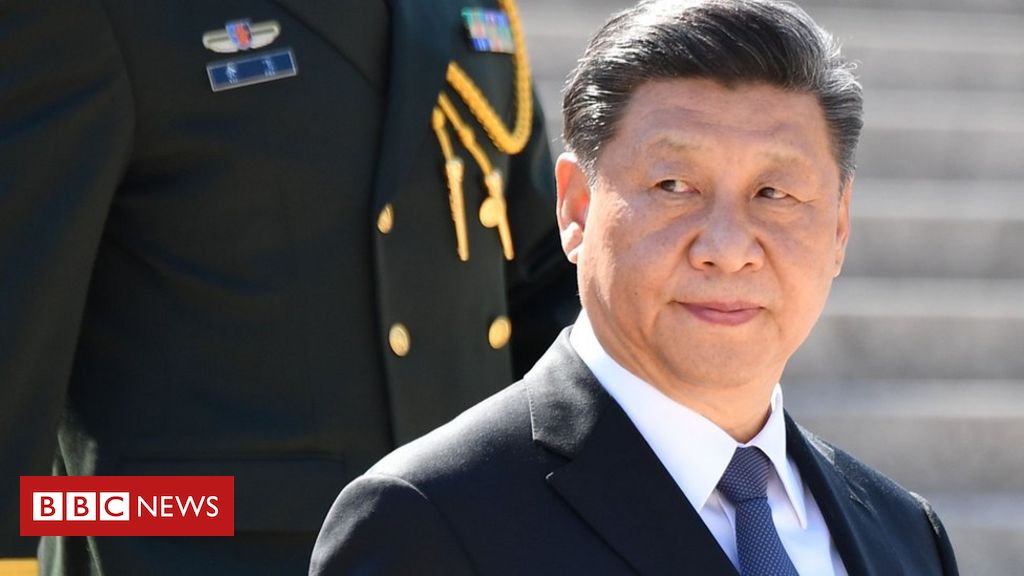 “If they touch NATO countries, we will respond,” US President Joe Biden said in early March.

This is the philosophy and raison d’être of the North Atlantic Treaty Organization (NATO), an alliance through which 30 countries in Europe and North America commit to respond with their joint military forces in the event of an external attack on one of them. .

In other words, NATO defines its nature as defensive. But some countries see this as a threat to their security.

Russia, which used this argument to justify a military invasion, is the clearest example, but not the only one.

Despite its borders being thousands of kilometers from the borders of NATO, China is openly and increasingly expressing its distrust of the organization.

And with the Russian invasion of Ukraine, friction between the Asian giant and the US-led defensive alliance intensified.

China’s Foreign Ministry has accused the Western military alliance of having put Russia “against the wall” by accepting 14 new members since the end of the Cold War, including countries bordering the Slavic nation.

In turn, NATO denounced the main Asian power for “undermining the global order” in terms of security.

The Norwegian secretary general of the organization, Jens Stoltenberg, announced in April that its defense strategy will include China for the first time, more specifically “how its growing influence and coercive policies affect our security”.

From indifference to tension

Today, mistrust, tension and mutual accusations mark relations between Beijing and the alliance.

But it was not always so.

Historian Jamie Shea, who held various positions of responsibility at NATO between 1988 and 2018, having gained worldwide visibility during the 1999 Kosovo War, assures that the relationship between the alliance and Beijing has been one of mutual indifference in recent decades, with periodical exchanges that barely borne fruit.

“The Chinese showed interest in NATO when it entered Afghanistan in 2003, but when they realized that it was not there as a permanent occupying force, but for stabilization and counterterrorism purposes, they relaxed and interest in NATO disappeared,” he says.

The expert notes that “so far there has not been a NATO-China Council that allows both sides to meet regularly and discuss common challenges or mutual perceptions.”

Wang Huiyao, president of the Center for the Study of China and Globalization (CGC) and adviser to the Chinese government, explains that, due to its geographical distance, Beijing “in principle shouldn’t have many problems in common with NATO”.

“But if NATO releases a statement saying that China is a potential threat, that worries Beijing,” he said.

“NATO is the USA”

Wang argues that the organization’s strategy, despite its remoteness and defensive nature, is at odds with China’s.

“China’s vision of the future is that globalization should go in the direction of economic integration, not military integration. In that sense, China does not like the US-led military expansion of NATO.”

The expert also believes that the clashes between Beijing and the Atlantic alliance “are a reflection of relations between the US and China, which have deteriorated in the last five or six years”.

“And the US leads NATO, and certainly NATO largely reflects US decisions.”

Shea, for her part, believes that China is taking a stand against NATO expansion for purely strategic reasons.

“As China aligns with the Russian narrative and the supposed supremacy of authoritarian values ​​over democracies, misrepresenting NATO’s reality becomes a convenient and easy tool for its foreign and domestic policy.”

However, China’s main concern is not the expansion of the Atlantic military alliance to Eastern Europe.

What China Really Fears the Most

China believes that the United States really wants to install NATO, or an offshoot of the alliance, on its doorstep.

“NATO has ruined Europe. Is it now trying to ruin Asia-Pacific and even the world?” protested China’s Foreign Ministry at the end of April.

A month earlier, Foreign Minister Wang Yi said: “The real objective of the US Indo-Pacific strategy is to create a NATO branch in the region.”

Beijing authorities have frequently repeated this accusation in recent months.

To understand it, it is necessary to familiarize yourself with two acronyms: Aukus and Quad.

At the end of 2021, the creation of Aukus was announced, a defense pact whereby the US and UK will help Australia acquire nuclear-powered submarines.

This makes China uncomfortable, which has seen its relations with Australia, cordial until 2018, increasingly deteriorate, leading to episodes of tension in various fields, from territorial disputes in the South China Sea to the pandemic and more.

But what worries China most is the Quadrilateral Security Dialogue, better known as the Quad.

Created in 2007 and suspended for nearly a decade, the Quad was revived in 2017 and has been gaining more and more prominence to this day.

It is a strategic forum that includes military cooperation and defense exercises between the United States, Australia, Japan and India.

Japan and India are the two Asian powers that rival China, which also maintains tense territorial disputes with both and with other states in the region, such as the Philippines, Vietnam or Malaysia.

Thus, China sees the Quad not only as a challenge to its growing hegemony in the region, but also as a threat to its security and, along with Aukus, a covert attempt by the United States to build a NATO in its neighborhood.

Professor Wang, who represents the Chinese government’s position, considers it “worrying that NATO is expanding into the Indo-Pacific region” and says that attempts are being made to establish at least “a mini NATO in the region”, something that the Xi Jinping regime is unwilling to accept.

For his part, Jamie Shea denies that US alliances in the Pacific have anything to do with the North Atlantic Treaty Organization: “NATO limits its expansion to the European continent and cannot be extended to a country in the Indonesian region. Pacific”.

“Although it has partners in the region, such as Japan, Australia and New Zealand, the pacts do not give NATO any role in the defense of these countries if they are involved in a war against China”, he observes.

But how absurd is the idea of ​​a NATO expanding beyond the confines of Europe and North America?

Russia’s military invasion of Ukraine has sparked a latent concern in the West and its allies: that China will do the same to Taiwan.

UK Foreign Secretary Liz Truss spoke out in late April in favor of “a global NATO”.

And she did it with an eye on China.

“We need to stay ahead of threats in the Indo-Pacific, working with allies like Japan and Australia to ensure that the Pacific is protected. We need to ensure that democracies like Taiwan can defend themselves,” he argued.

Meanwhile, the leaders of the 30 member states are working on NATO’s next “strategic concept”, which will define its mission for the next decade.

Its content will be announced at the next Atlantic Alliance summit, which will take place on June 29 and 30 in Madrid, Spain.

The document will define China’s weight among NATO’s international security threats and will be instrumental in straightening or further distorting the complex relationship between the most powerful military bloc and the second largest power in the world today.