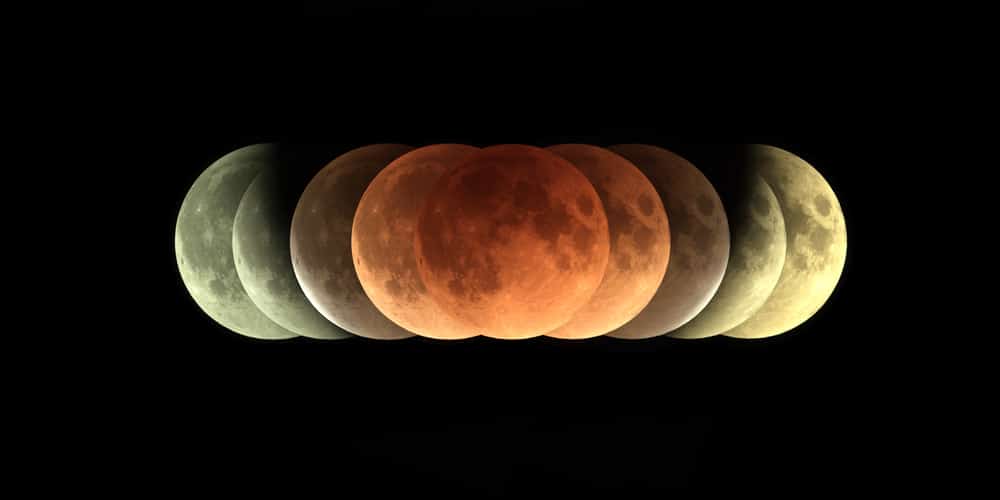 Find out how to watch the “Blood Moon” eclipse next Sunday

A true astronomical spectacle is planned for next week: a total lunar eclipse, also known as the Blood Moon. The Moon will begin to pass through the Earth’s shadow at 11:28 pm on Sunday (15) and will end at 2:55 am on Monday (16). According to estimated calculations, the period in which it will be fully covered will be from 0:30 am to 1:54 am.

The phenomenon will be visible to anyone in North and South America, Europe, Africa and parts of Asia. As for New Zealand, Eastern Europe and the Middle East, the eclipse will be penumbral (when the Moon passes only through the Earth’s penumbra, so that its coverage, although total, is almost imperceptible – it is not even hidden, only with the faintest glow).

According to Fred Espenak, an astrophysicist famous for his work on eclipse predictions, the full moon on May 15 will be a supermoon, as it is called when it occurs at perigee (the closest position to Earth in the month).

If you can’t watch the event looking directly at the sky (either due to cloudy weather or not being in a suitable location), don’t worry, as several platforms on the Internet promise to broadcast the eclipse in real time.

One of them is NASA’s official YouTube channel. “Join NASA experts to learn about this incredible natural phenomenon, look through views from telescopes around the world, and hear about plans to return humans to the lunar surface with the Artemis program,” reads an agency statement, stating that viewers will be able to ask questions live.

The phenomenon can also be monitored through Brazilian channels, such as the Astronomical Observatory King of the Universe (OARU) and the National Observatory, which usually promotes lives commented.

Raju has an exquisite taste. For him, video games are more than entertainment and he likes to discuss forms and art.
Previous Cat with big paws that no one wanted wins a woman’s heart and gets a new home
Next biggest white diamond can break record