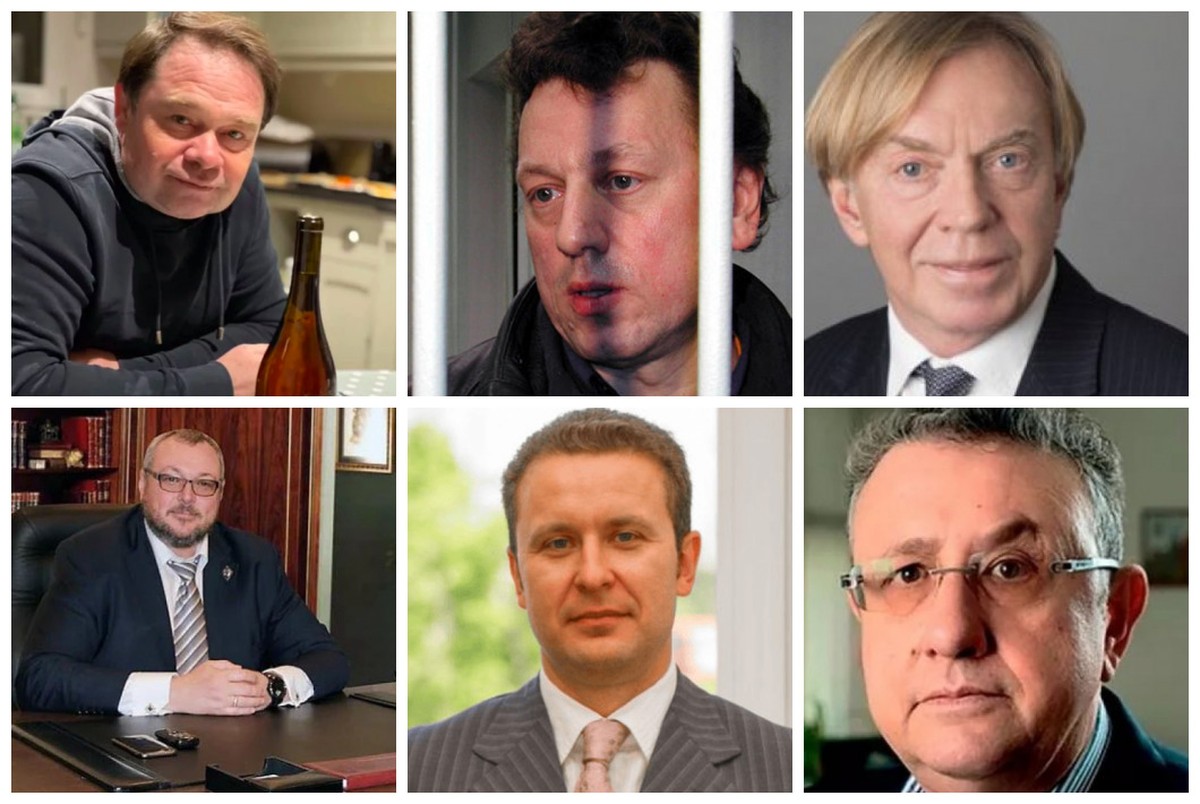 The mysterious wave of deaths of Russian oligarchs | Ukraine and Russia

April 19, Lloret de Mar, Catalonia: Spanish police receive a call from Fedor Protosenya, the son of a Russian oligarch whose family owns a mansion in the city. He reports that for hours he tried to call his mother from France, but she wouldn’t answer the phone. When the police arrive at the property, they find only the bodies of his parents and sister. The police initially assume that Fedor’s father, the millionaire Sergei Protosenya, stabbed the two women to death and then hanged himself in the garden of the house. However, doubts about what actually took place quickly arise.

A day earlier in Moscow, 3,000 kilometers away, the police had made another terrible discovery: Vladislav Avayev, also a multimillionaire, along with his wife and 13-year-old daughter are dead in their luxurious apartment in the Russian capital. Russian state news agency Tass reported that he had a pistol in his hand. The authorities suspect that he first killed his wife and daughter and then himself.

Both incidents took place within a 24-hour period, and the supposed courses of events are surprisingly similar. Furthermore, Protosenya and Avayev were both multimillion-dollar oligarchs from the highest echelons of the Russian oil and gas industries. Protosenya was once vice president of the natural gas company Novatek, while Avayev served as vice president of Gazprombank.

Who are the powerful oligarchs who support Vladimir Putin?

Their deaths are the latest in a mysterious series of deaths of Russian oligarchs – mainly in the energy sector – that took place in 2022. In late January, a month before Russian troops invaded Ukraine, Leonid Schulman, 60, a high-level manager at the company Gazprom, reportedly committed suicide. So on February 25th, Alexander Tyulyakov, another former manager of the energy giant, was found dead in his home in St. Petersburg. Three days later, the Ukrainian oil and gas tycoon Mikhail Watford was also found dead in the garage of his country estate in Surrey, southern England.

On March 24, billionaire Vasily Melnikov, head of medical supply giant MedStom, was found dead alongside his wife, Galina, and their two young children in their multimillion-dollar apartment in the Russian city of Ninzhni Novgorod. The details of the deaths also parallel those of Protosenya and Avayev.

And there is also the case of Andrei Krukovsky. The 37-year-old was the director of the Krasnaya Polyana ski resort, located near Sochi. Russian President Vladimir Putin is said to have repeatedly invited his friends to go skiing there. According to Russian newspaper Kommersant, Krukovsky was hiking on May 2 when he fell off a cliff.

Links with the Kremlin?

The mysterious deaths of seven super-rich Russians in just three months under such dire circumstances have sparked all sorts of speculation. Several media outlets assumed that the suicides could have been faked. Some of them even went so far as to suggest that the Kremlin, or even Putin himself, could be involved in some way.

In recent years, there have been several dramatic assassination attempts on Kremlin critics. In August 2020, the opposition leader Alexei Navalny was poisoned with the nerve agent Novichok while at Tomsk airport. two years earlier, Sergei Skripal, former head of the Russian intelligence agency GRU, had been similarly poisoned. Both Navalny and Skripal survived.

Portrait of Alexander Litvinenko in November 1998, when he was part of the Russian FSB security service — Photo: Vasily Djachkov/Reuters/Arquivo

In 2006, Alexander Litvinenko, a former Russian security officer who defected to the UK, was fatally poisoned with radioactive polonium in London. In 2017, the American newspaper USA Today published the results of an investigation that claims that at least 38 oligarchs died or disappeared over the course of three years.

What is striking about the 2022 incidents is that none of the dead oligarchs were known to have made critical public comments about the invasion of Ukraine. At the same time, none of them were on the international sanctions lists drawn up after the invasion.

A recent text posted on social media by the Warsaw Institut, a Polish think tank specializing in Russia and security policy, claimed that both Russian police and Gazprom security services quickly launched investigations into the locations of the killings that took place in Russia.

“Possibly some people linked to the Kremlin are now trying to cover up traces of fraud in state-owned companies,” the institute says.

There is no evidence to support this theory or about third-party involvement. And so, in the case of Serguei Protosenya, Spanish police continue to assume that the deaths were homicide followed by suicide. However, Fedor Protosenya does not believe this was the case. “My father is not a murderer,” he told several British media outlets.