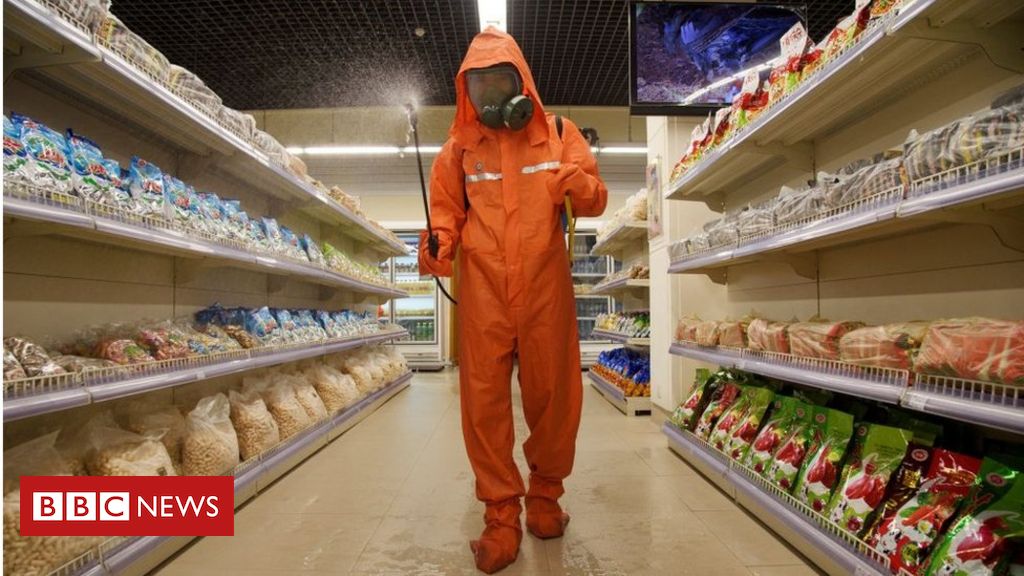 More than two years after the World Health Organization (WHO) classified covid-19 as a pandemic, North Korea ordered a strict national lockdown as it officially confirmed its first infections with the new coronavirus.

State media reported an outbreak of the omicron variant in the capital, Pyongyang, but did not report the number of cases.

North Korea has rejected any type of vaccine program, even when offered by other countries.

Instead, it controlled the covid by closing its borders – and never announced a case of the disease, despite experts believing that the virus has been present in the territory for a long time.

International observers say the country’s 25 million population is vulnerable due to a lack of a Covid-19 vaccine program — the North Korean government has even turned down offers from the international community to supply millions of Chinese-made AstraZeneca and Sinovac vaccines. last year.

There were also concerns about North Korea’s poor healthcare system.

State agency KCNA said leader Kim Jong-un had vowed to eradicate the outbreak, which he called a “serious national emergency” that violated the country’s “quarantine front”.

But its strategy of closing borders – one of the first countries to do so, in January 2020 – has also blocked essential supplies from entering the country, leading to food shortages and an economic recession.

On Thursday, KCNA said Kim had ordered “maximum emergency” virus controls, which appeared to include orders for localized lockdowns and restrictions on collection at workplaces.

The North Korean news agency added that the first case of the omicron had been detected in the capital four days ago.

Residents of some areas of Pyongyang were subjected to lockdown for at least two days before the latest announcement, according to NK News, a monitoring website based in Seoul, South Korea.

The South Korean government said it had again offered humanitarian assistance to the North in response to news of the outbreak. Pyongyang has yet to respond.

Analysts say Pyongyang’s disclosure of Covid cases at this time is significant and could undermine the country’s nuclear ambitions.

North Korea claimed to have carried out more than a dozen tests of banned missiles, including one of an intercontinental ballistic missile, a weapon it had not tested in more than four years.

Yang Moo-jin, a professor at the University of North Korean Studies in South Korea, told the AFP news agency that North Korea could shelve plans for a nuclear test to focus on fighting the outbreak, but if public fears mount, Kim may proceed with a test “to divert that fear elsewhere”.

In the opinion of Leif-Eric Easley, a professor at Ewha University, also in South Korea, North Koreans “may be less interested in nuclear or missile tests when the urgent threat involves coronavirus rather than foreign military”.

Easley added that he believes Pyongyang will “probably bet” on lockdowns as it is entering a “period of uncertainty in managing its domestic challenges and international isolation”.

Despite North Korea’s claims that it has had “brilliant success” in curbing the spread of Covid-19, there have been signs during the pandemic of the virus’s potential presence in the country, such as several unconfirmed reports of Covid-19 cases.

In June last year, state media reported that Kim had punished officials for a “serious incident” related to Covid, but did not elaborate.

Then, in September, the North Korean government held a military parade with soldiers wearing protective clothing and masks, which some analysts saw as a sign that a special force had been created to help stop the spread of the disease in the country.

North Korea shares land borders with South Korea and China, which have both faced outbreaks of Covid-19. China is now struggling to stem a wave of the omicron variant by imposing lockdowns on its biggest cities.

For more than two years, North Korea has rather dubiously claimed not to have a single case of Covid-19. So why admit it now?

Most likely because this outbreak is too serious and too hard to hide.

North Korea has been consistent in its public commitment to fighting the virus. This is how it justified closing its borders for so long. Now that the omicron has entered the country, the challenge is to limit its spread.

The authorities have clearly decided that they have no choice but to put the country on lockdown. To do that, they simply need to tell people and the rest of the world.

This does not necessarily mean that Kim Jong-un’s government will be more willing to accept foreign aid.