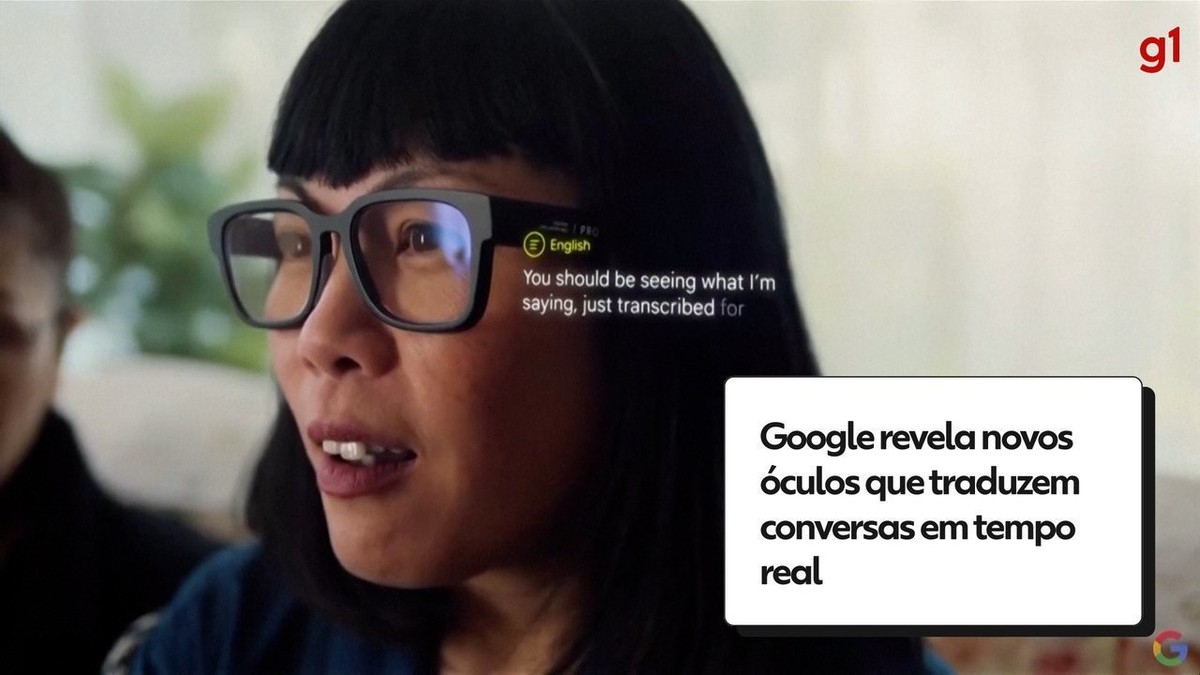 A decade after the debut of Google Glass, a pair of glasses that filmed what users saw but raised privacy concerns and received low marks for its design, the platform revealed a new attempt at the segment, this time, able to display translations of conversations in real time.

“We’re working on technology that allows us to break down language barriers, taking years of searching Google Translate and bringing it to the glasses,” said Eddie Chung, director of product management at Google, calling the feature “subtitles for the world. ”

The unveiling of the new glasses reflects the company’s growing caution. When Google Glass was demonstrated at the company’s 2012 developer conference, skydivers used it to live-stream a jump from a San Francisco building, with the company obtaining special clearance for the stunt.

This time, Google only showed a video of the prototype, which showed translations for conversations involving English, Mandarin, Spanish and American Sign Language.

The company did not specify a release date or immediately confirm that the device did not have a built-in camera.

5 tips for starting your IT career

Raju has an exquisite taste. For him, video games are more than entertainment and he likes to discuss forms and art.
Previous DefenseNet – US RU NATO
Next Knife attack on train leaves injured in Germany | World