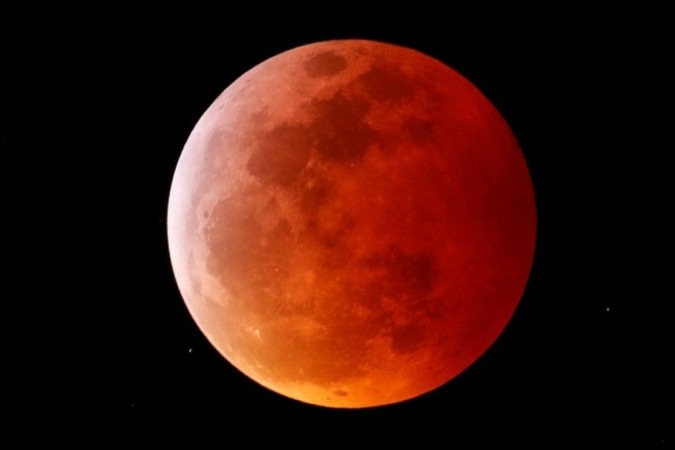 learn how to observe the phenomenon on Sunday


Reuters – Total lunar eclipse occurs when there is complete alignment between Sun, Earth –

A total lunar eclipse with a “Blood Moon” can be seen in Brazil on the night of next Sunday (15/05), according to Roberto Costa, professor at the Department of Astronomy at the University of São Paulo (USP).

This will be the only total lunar eclipse to take place this year, according to astronomers. The next one will only be in May 2025.

A total lunar eclipse occurs when the Sun, Earth and Moon align. With this, the Earth completely covers the disk of the Moon and this causes the phenomenon. The Earth’s natural satellite then turns a reddish color – which came to be called the “Blood Moon”.

The astronomy professor at USP tells BBC News Brazil that the term “Blood Moon” has become popular in recent years after being frequently used by the press.

“Probably this occurred under the influence of American websites, but one should not lose sight of the fact that the physical phenomenon itself is the lunar eclipse. That is, the moment when the Earth is placed exactly between the Sun and the Moon, causing the Earth’s shadow is projected on the Moon”, said the professor.

The reddish color occurs, explains the professor, because the Earth’s atmosphere acts as a filter for sunlight.

“The mechanism is as follows: our planet’s atmosphere normally filters sunlight, letting red colors through more efficiently and reflecting blue, so we see blue sky during the day. In a lunar eclipse, the Earth is exactly between the Sun and the Moon. From the point of view of a hypothetical observer on the Moon, the Earth is right in front of the Sun. In this case, at the ‘edges’ of our planet (as seen by that observer), the atmosphere forms a halo that lets a little light through. This light is reddened by the atmospheric filter and will fall on the Moon, which acquires a reddish-brown tone”, says USP professor Roberto Costa.

That reddish hue can vary, he said, depending on the eclipse. It can be darker, closer to brown, or lighter, something like brown or reddish.

From where and when to see the lunar eclipse

The lunar eclipse can be seen completely from all over Brazil. The professor says that it will be very easy to see it in the country because it will take place at the end of the night and the moon will be in a high position.

The end of the eclipse is predicted to occur at 2:55 am.

The phenomenon will also be broadcast live by the National Observatory, a research unit linked to the Ministry of Science, Technology and Innovation. The broadcast will start from 23:15 .

Can I look at the eclipse without eye protection?

As it is a lunar eclipse, astronomers interviewed by BBC News Brasil said that observing it directly does not pose a risk to the eyes.

“It’s basically about looking at the full moon. You don’t need any instruments, with the naked eye it’s already a beautiful sight. If someone wants to, they can also use a binoculars, telescope or telescope. “, said the USP professor.

As the eclipse will occur at the end of the night and beginning of the dawn, the moon will be very high in the sky, which will facilitate the visualization of the phenomenon.

The USP astronomer has only one concern.

“The only practical problem is the weather. The forecast is for overcast skies for the southeast region on Sunday. If it really is like that, we here in São Paulo will miss the show”.

Raju has an exquisite taste. For him, video games are more than entertainment and he likes to discuss forms and art.
Previous The ‘Forbidden’ Emoji Missing in WhatsApp App Reactions – Metro World News Brasil
Next Google develops glasses that promises to translate conversations in real time – 05/12/2022