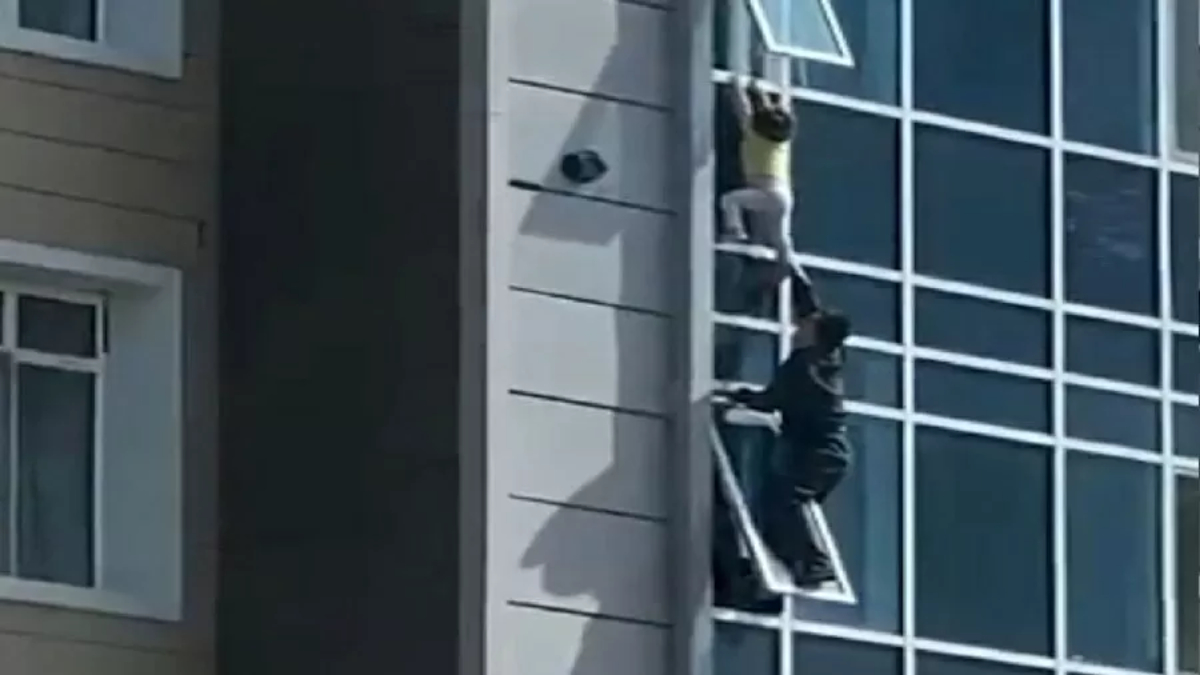 A man became a hero by saving the life of a 3-year-old in Nursultan, Kazakhstan. The boy prevented the girl from falling from the eighth floor of the building where she lives.

The date of the episode was not revealed, but it had repercussion in the world press last Wednesday (11), with the release of a video showing the boy’s courageous act.

The footage shows the child hanging outside the apartment as Sabit Shontakbaev, 37, balances on the window of a seventh-floor residence to try to reach her.

After a few seconds, the boy manages to pull the girl by the leg and hold her in his lap. He ushers her into the apartment before making his way safely inside, to applause from the witnesses.

The girl’s mother wasn’t even home. She had left her daughter alone to go shopping. The girl then piled some pillows and reached the window.

Shontakbaev said he was passing through the area on his way to work when he noticed a panicked crowd. Looking up and realizing what was happening, he ran inside the building, knocked on the seventh floor apartment and explained the situation.

“We knocked on the door and luckily they immediately let us in,” said the father of four.

By the time Shontakbaev was finally able to rescue her, the child had already been holding on to the window for 15 minutes.

“At that moment, I didn’t think about anything, I just wanted to help the child,” said the boy, who received an honor from the Nursultan City Hall for his heroism.

“I just saved the child and left. Then the newspapers and television started calling me a hero. I don’t consider my attitude heroic. To me, everyone should help out in this kind of situation.”