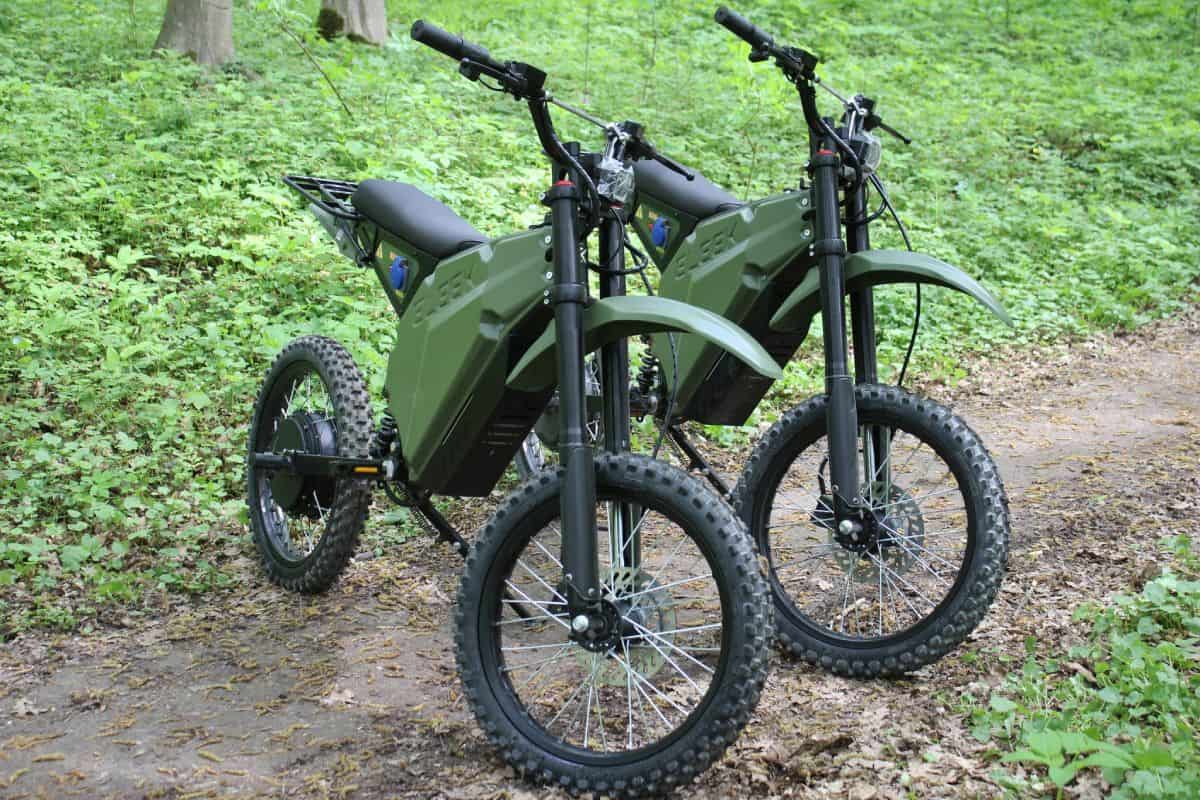 Ukrainians use electric motorcycles against Russians

Ukrainian military forces are making use of electric motorcycles in conflicts with Russian troops. They are vehicles built locally by the company ELEEK.

Commissioned by the forces of Ukraine, the special model ELEEK Atom Military features a top speed of 90 km/h and can travel up to 150 km on a single charge. Weighing 70 kg, its payload capacity is up to 150 kg, which is a big help when you need to carry heavy weapons and ammunition.

The e-bikes are equipped with suspension and wheels for off-roading, electronic settings, automatic engine and battery temperature control, and can be charged in common 100 or 220 V sockets. They have a trunk, space for a second passenger, and USB to charge devices.

Check out a presentation of the military vehicle posted by ELEEK on YouTube:

Military value of an electric motorcycle

What difference does it make in a war to use an electric motorcycle instead of a conventional one? Lots of.

On social media, ELEEK shares its thoughts on the war that Ukraine has been facing against Russia, demonstrating its use in situations of visiting strategic locations and aiding the military’s tasks.

The electric motorcycle is lighter and more portable than motorcycles powered by internal combustion (in contrast to electric cars, which tend to be much heavier because they need huge batteries). This helps a lot when they need to be transported by inflatable boats, ordinary cars, even by hand, depending on the situation.

Plus, they don’t have exhausts or a hot engine. This makes them invisible to Russian drones, which act by looking for a thermal signature.

And there is one obvious thing: silence. Mamuka Mamulashvili, commander of a Ukrainian army unit made up mostly of ethnically Georgian soldiers (like himself), said he requested the e-bikes for his sniper teams.

It was necessary for electric motorcycles to silently enter a target area, target the enemy from a distance, and then exit quickly and silently, before the Russians could respond with artillery strikes.

The inclusion of electric motorcycles in the conflict, demonstrating advantages, is military history being written. After Ukraine, it is very likely that other countries will become interested in developing the technology and, who knows, some of this could benefit its civilian use.