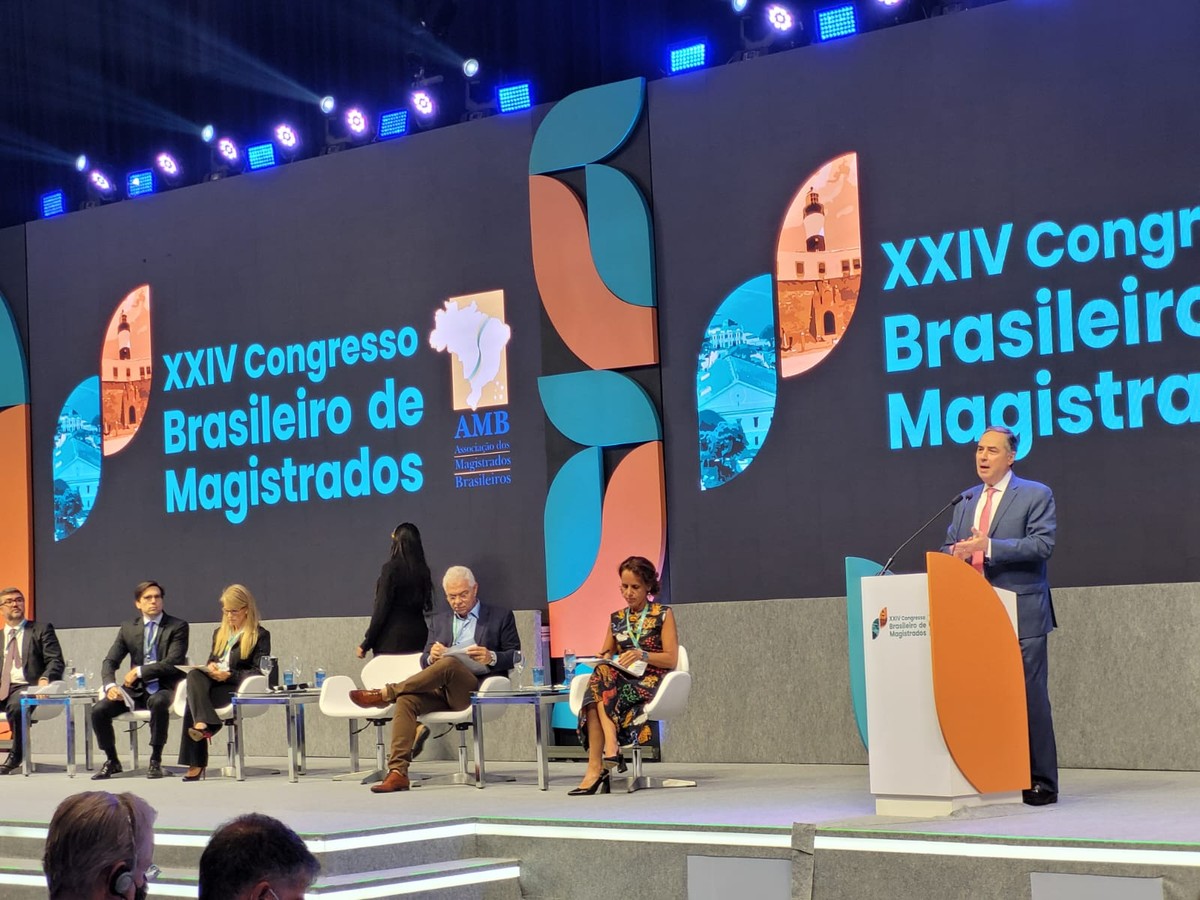 The Minister of the Federal Supreme Court (STF) Luís Roberto Barroso said, this Friday (13), that democracy is undergoing a process of erosion throughout the world and said that it is necessary to work to restore it.

The minister’s speech took place during the Brazilian Congress of Magistrates, which takes place until Saturday (14), in Salvador.

“Democracy was the victorious ideology in the 20th century having defeated all the alternatives that presented themselves, communism, fascism, Nazism, military and fundamentalist dictatorships. (…) but lately something doesn’t seem to be right. a period that is being called democratic recession, autocratic legalism, and other names for this moment of erosion of democracy,” he said.

The minister said that a self-criticism of Democrats is necessary for a re-establishment of the system around the world.

“This rise of an authoritarian and populist process is due to the shortcomings of democracy itself. That is why those who defend democracy need to identify and work to reestablish this belief that unites everyone,” he said.

With few references to Brazil, Barroso admitted to having made a speech in which he avoided controversy. In one of the few moments where he spoke directly about the situation in the country, the minister said that the Brazilian democracy film is good.

“We have to restore a minimum of intellectual honesty, a minimum of honesty to the facts. The Brazilian democracy film is good. Sometimes the photography is scary, but the film is good. I was careful not to say anything controversial here because the times are not for polemics. There is a song by Paulinho da Viola (called Argumento) that says in foggy weather, old sailor takes the boat slowly. We should not be impressed by the photograph of the moment. And it is a worldwide photograph, but the film is good. I know we live in a difficult country, but that doesn’t undo everything that has happened so far”, he said.

Rodrigo Pacheco: ‘It is necessary to strengthen institutions’

The opening of the event, which takes place at the Salvador Convention Center, was held on Thursday night and featured an emphatic defense of democracy and the judiciary made by the President of the Senate, Rodrigo Pacheco.

“There needs to be a strengthening of institutions. As Governor Rui Costa said here, it is unimaginable that we would arrive in 2022 needing to defend the judiciary and democracy in times of harmful attacks on Brazilian society. We have to have the courage to defend our judiciary and I wanted to reaffirm here that I respect my country’s judiciary,” said the senator.

This year, the Brazilian Congress of Magistrates, which takes place again after four years, due to the pandemic – the event normally takes place every three years – discusses “the 2022 elections and the disinformation derived from the spread of fake news”, in addition to the freedom of expression.

This Friday, the event will also feature panels with STF ministers Edson Fachin, Dias Toffoli and Alexandre de Moraes, as well as members of the Superior Court of Justice (STJ) and the Superior Electoral Court (TSE).

According to the Association of Magistrates of Brazil, responsible for the event, about two thousand judges from all spheres of the Judiciary must attend the congress. Among the topics discussed in this edition are Digital Justice and Innovation, Democracy and Elections, Fundamental Rights and the Democratic Rule of Law, Judiciary of the Future and Justice and Economy.