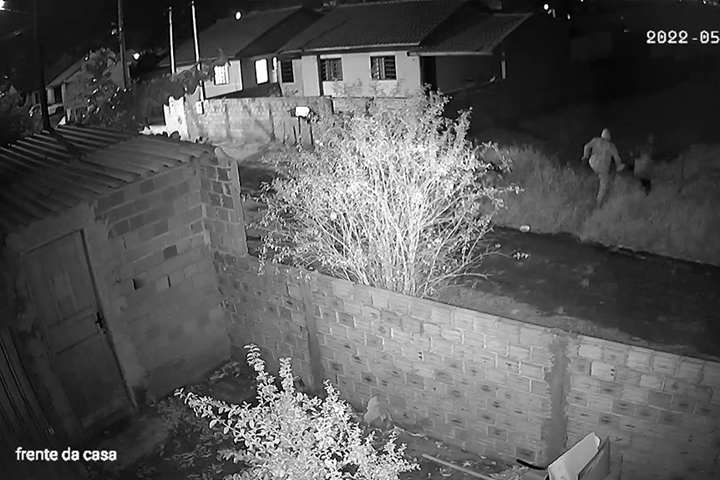 Security camera footage of residents of Jardim Paris in Cruzeiro do Oeste captured the action of six men who broke into a house and killed a 20-year-old man and left his 19-year-old companion injured. A two-year-old child was also in the property at the time of the shooting and was not injured.

In the CCTV footage it is possible to see when the men run away after having carried out a sequence of shots. Residents were startled by the noises of pops and cries for help coming from the victim’s house. In the video you can see the screams and cries. Watch here:

The snipers flee by entering a wooded area. Neighbors called the Military Police (PM) around 1:30 am this Friday (13). When officers arrived at the crime scene, they found a 19-year-old woman with injuries. Inside the house, on the bed, the boy was lifeless.

The woman said that six men broke down the door of the house and fired several shots at her companion. The house was left with traces of destruction on all sides. On the refrigerator door were the marks of the several shots that were made inside the property.

The 7th BPM military team collected 12GA and .380 caliber cases. The capsules were collected for forensics. The man’s body was taken to the Legal Medical Institute (IML) for necropsy examinations.

The Civil Police launched an investigation to determine the motive for the crime.