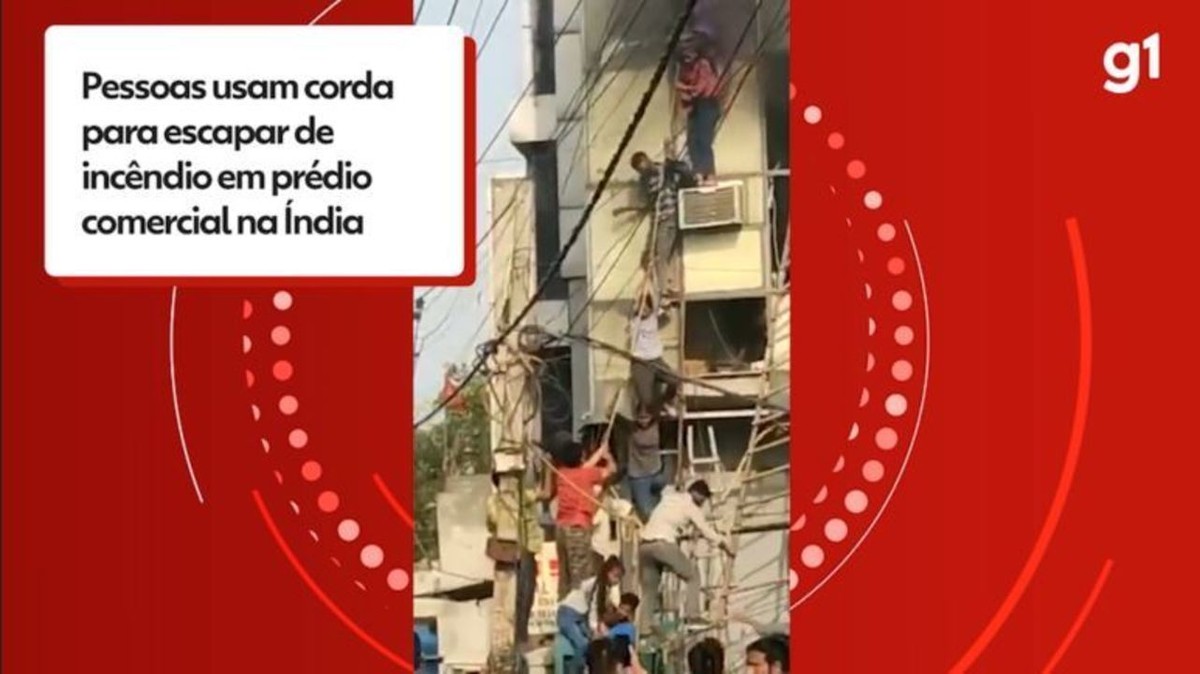 A fire in an office building in New Delhi left at least 26 people dead on Friday (13), Indian authorities said.

A local police statement said more than 50 people had been rescued and at least 12 of them taken to hospital.

Images circulating on social media show people fleeing the burning building with the help of a rope and a makeshift ladder.

Indian Prime Minister Narendra Modi said in a statement that he regretted the deaths of the victims and that he wanted a speedy recovery for the injured.

According to a report by the Indian Express website, the building housed offices and also a company that produced security cameras.

Fire in a commercial building in New Delhi – Photo: Reproduction/Twitter/NBTDilli

Until the last update of this report, there is no information about the causes of the fire that hit the four-story building in a neighborhood on the outskirts of the city.

At least 30 men from the New Delhi Fire Department responded to the call earlier in the evening.