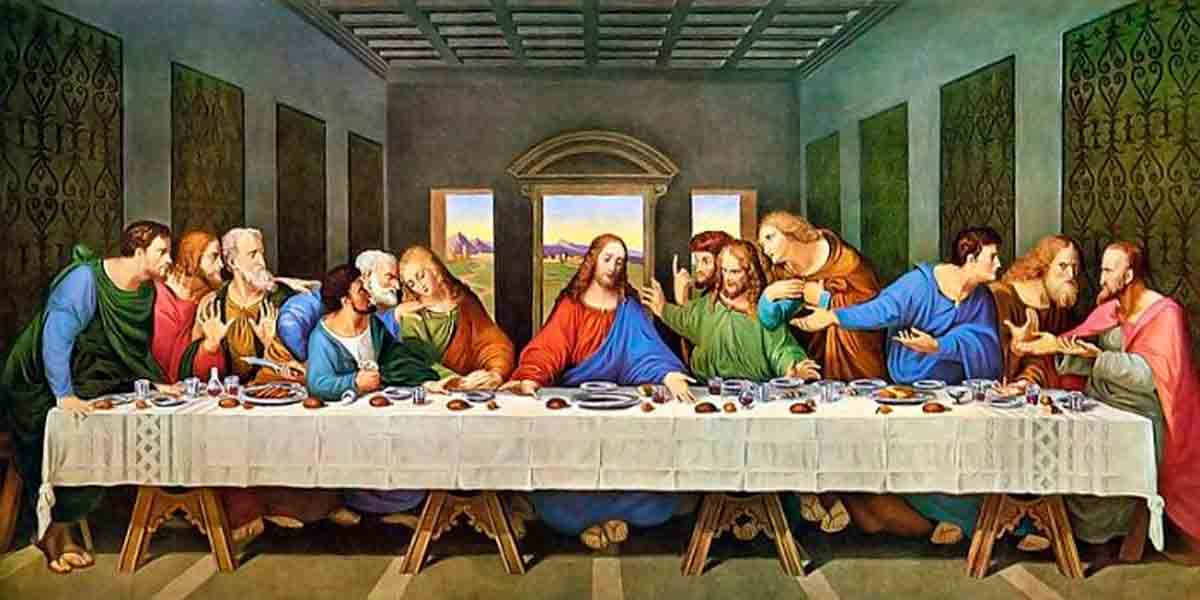 “The Last Supper” by Da Vinci: Judas (fourth from the left) is considered the 13th participant. Image: Wikimedia

Friday 13 is synonymous with bad luck for many people on the western side of the planet, but this belief is far from unanimous. Check out some facts and beliefs surrounding this date below.


1) In the Christian world, the superstition surrounding Friday the 13th is related to the Last Supper, in which 13 people (Jesus and his 12 disciples) participated on Holy Thursday night. The next day, a Friday, Jesus would be crucified by Roman soldiers. The number 13, therefore, is associated with Judas Iscariot, the last to come to the supper and a traitor to Christ.

+ All Souls’ Day: 12 facts and curiosities

+ Colors and psyche: check out the psychology of the rainbow

2) The 13th troublesome guest also appears in Norse Mythology. According to legend, evil and unrest were introduced into the world by the appearance of Loki, the god of trickery and mischief, at a dinner party in Valhalla, the gigantic 540-door hall situated in Asgard. As the 13th participant, he upset the balance of the 12 gods present and set up a fight that resulted in the death of one of them, Baldur.

3) On October 13, 1307, a Friday, hundreds of Templar Knights were arrested by order of King Philip IV of France. The arrest had been demanded by Pope Clement V over allegations made by an excommunicated former member that new recruits to the order were being forced to spit on the cross, deny Christ and engage in homosexual acts during initiation ceremonies.

Many of the prisoners were later burned. One of them was the Grand Master of the Templars himself, Jacques de Molay, taken to the stake in front of Notre Dame Cathedral in Paris. It is said that Molay cursed those who gave him that fate. “God knows who is wrong and has sinned,” he reportedly said. “There will soon be a calamity for those who condemned us to death.”

4) In Spanish-speaking countries and Greece, the fear is not related to Friday the 13th, but to Tuesday the 13th. In Italy, the schism is the same with Friday, but associated with a different number: 17 .

5) Studies show that at least 10% of the population of the United States is afraid of the number 13. Each year, the even more specific fear of Friday the 13th results in financial losses in excess of $800 million. Many people avoid getting married, traveling or even working on these dates.

6) According to the Stress Management Center and Phobia Institute in Asheville, North Carolina, more than 80% of high-rise buildings in the US do not have a 13th floor. Most hotels, hospitals and airports also avoid using the number for rooms and gates.

7) Ignoring the number 13 had a distant precedent in the Code of Hammurabi, written in Mesopotamia around 1772 BC But, apparently, the omission was not intentional: the studies on the subject consider that it was an administrative error committed by one of the first document translators, which did not include a line of text. The code, by the way, did not numerically list its laws.

8) The irrational and unusual fear of the number 13 has even been given a psychological term: triscaidekaphobia. Friday the 13th phobia is known by two broad terms: parascavedekatriaphobia or frigatriscaidekaphobia.

9) In the late 19th century, Captain William Fowler (1827-1897) tried to remove the enduring stigma around the number 13 – and especially the “rule” of not having 13 guests at a dinner table – by founding a New York City exclusive society called Clube Treze.

The group dined regularly on January 13th in Room 13 of Knickerbocker Cottage, a busy bar that Fowler owned from 1863 to 1883. Before sitting down to a 13-course dinner, members would pass under a ladder and a banner with saying: “Morituri te salutant” (Those who are about to die salute you, in Latin). Among those attending the dinners were four former US presidents: Chester A. Arthur, Grover Cleveland, Benjamin Harrison and Theodore Roosevelt.

10) Among the various traumatic events that occurred on Fridays the 13th are: the German bombing of Buckingham Palace (September 1940); a cyclone that killed more than 300,000 people in Bangladesh (November 1970); the disappearance of a Chilean Air Force plane in the Andes (October 1972); the death of rapper Tupac Shakur (September 1996); the accident of the Costa Concordia cruise ship off the coast of Italy, which killed 30 people (January 2012). But, as history reveals, there are no set days for tragedies to happen.