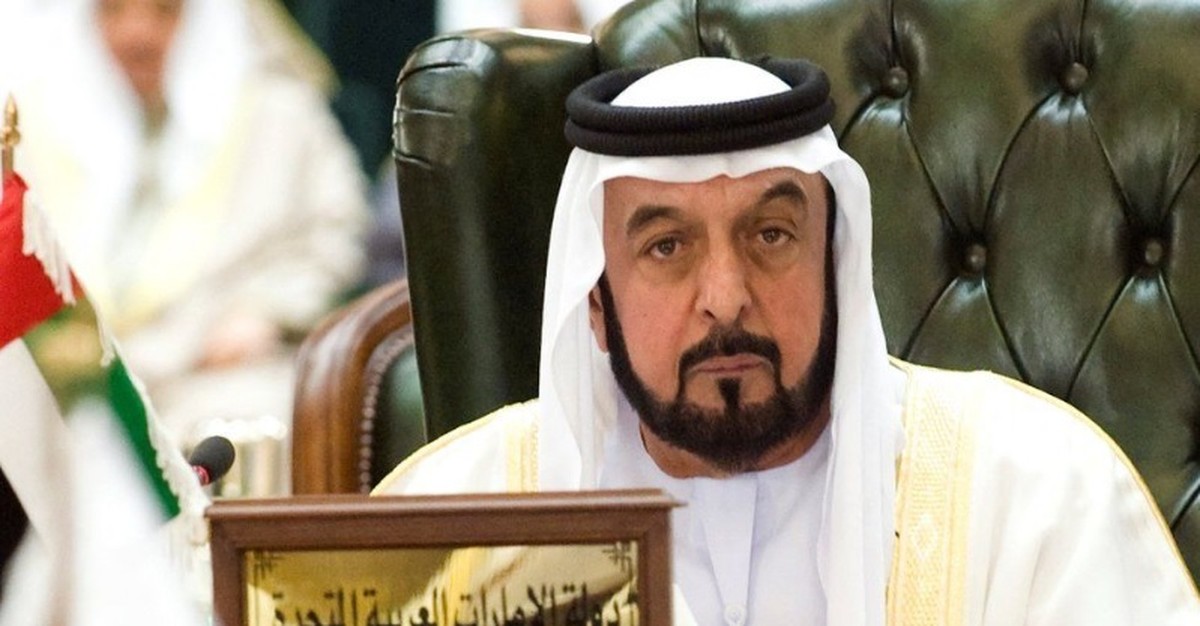 The event would be broadcast on the channel Combat. A new date is currently being debated by the organization. The structure on the hotel’s helipad was all ready and this Friday the official weigh-in would take place.

Sheikh Khalifa bin Zayed Al Nahyan, President of the United Arab Emirates, died on Friday at the age of 73.

The cause of death of the president, who was 73 years old, is still unknown. The country will have an official 40-day mourning period, with the flag being flown at half-mast during the period. All events in the country have been suspended or postponed and the office, according to the Ministry of Presidential Affairs, both in official bodies and in private companies, is suspended for three days from this Friday. Khalifa bin Zayed Al Nahyan is the half-brother of Sheikh Mansour, the billionaire who bought Manchester City in 2008.

Global Titans Fighting would feature four boxing exhibition matches on the helipad of the iconic Burj Al Arab hotel in Dubai. In the main event, the duel between Floyd Mayweather and Don Moore was scheduled. Before that, MMA legend Anderson Silva would still fight against fellow countryman and MMA fighter Bruno “Caveira” Machado. The other two matches would be between Delfine Parsoon and Maiva Hamadouche, and with Badou Jack and Hany Atiyo.

On social networks, Anderson Silva mourns the death of the sheikh of the United Arab Emirates – Photo: Reproduction / Instagram

Check out the official announcement about the postponement of the event:

“We are deeply saddened by the announcement of the passing of His Highness Sheikh Khalifa bin Zayed Al Nahyan, President of the United Arab Emirates and ruler of Abu Dhabi, earlier this afternoon.

Sheikh Khalifa was the second president of the United Arab Emirates and the 16th ruler of the Emirates of Abu Dhabi. He assumed the Federal Constitutional Authority as President of the UAE and became the Governor of the Emirates of Abu Dhabi on 3 November 2004, succeeding his late father Sheikh Zayed bin Sultan Al Nahyan, who died on 2 November 2004. 2004. Due to the passing of His Highness Sheikh Khalifa bin Zayed Al Nahyan, the UAE will enter the official period of fighting within the next 40 days.

Out of our deep respect and due to this unforeseen force majeure circumstance, the Global Titans Dubai event, which was scheduled to take place on May 14th at the Burj Al Arab Jumeirah, has been postponed until further notice with a new date to be announced in soon. We apologize for any inconvenience this may cause and assure fans that this spectacular event will take place in the future.

From all Global Titans Fight Series staff and partners our thoughts and prayers are with the family of His Highness Sheikh Khalifa bin Zayed Al Nahyan during this difficult time and the people of the UAE.

With all due respect, Global Titans Organizers LLL”

Structure for boxing event was already ready in an iconic hotel in Dubai – Photo: Personal Archive

UFC Blachowicz x Rakic: Duel of European Giants you can only watch live in the Combat!