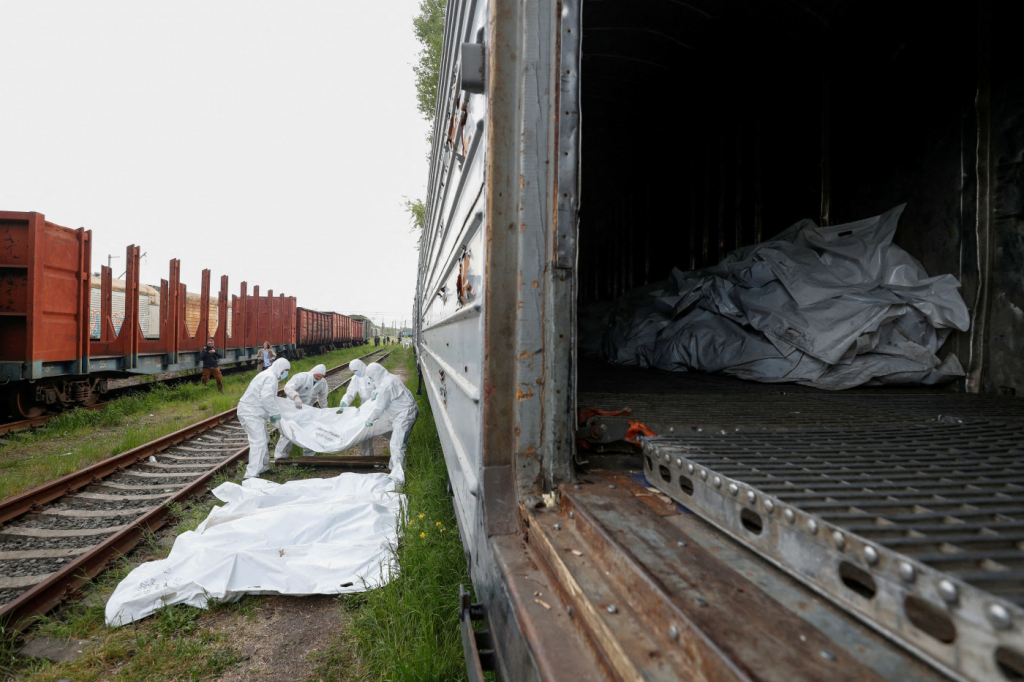 REUTERS/Valentyn OgirenkoBodies of Russian soldiers were stored in refrigerated wagons

Ukrainian military officials loaded the bodies of Russian soldiers into refrigerated wagons on Friday after fighting in Kiev and Chernihiv regions. Volodymr Lyamzin, head of civil-military cooperation at the Ukraine, said the country is acting in accordance with international law. “According to the rules of international humanitarian law, and Ukraine is strictly following them, after the end of the active phase of the conflict, the sides have to return the bodies of the military of another country,” he declared. “Ukraine is ready to return the bodies to the aggressor,” he added. Lyamzin said there were several refrigerated trains parked in different regions of Ukraine where the bodies of Russian soldiers were being kept.

“Several hundred bodies of Russian occupants are kept on this refrigerated train. Most of them were brought from the Kiev region, there are some from the Chernihiv region and some other regions as well,” Lyamzin said. Moscow calls its invasion of Ukraine a “special military operation” to demilitarize a neighbor that threatens its security. Ukraine denies posing a threat and says the Russia is waging a war of aggression that has killed thousands of civilians, displaced millions and destroyed cities and towns since the conflict began in late February.