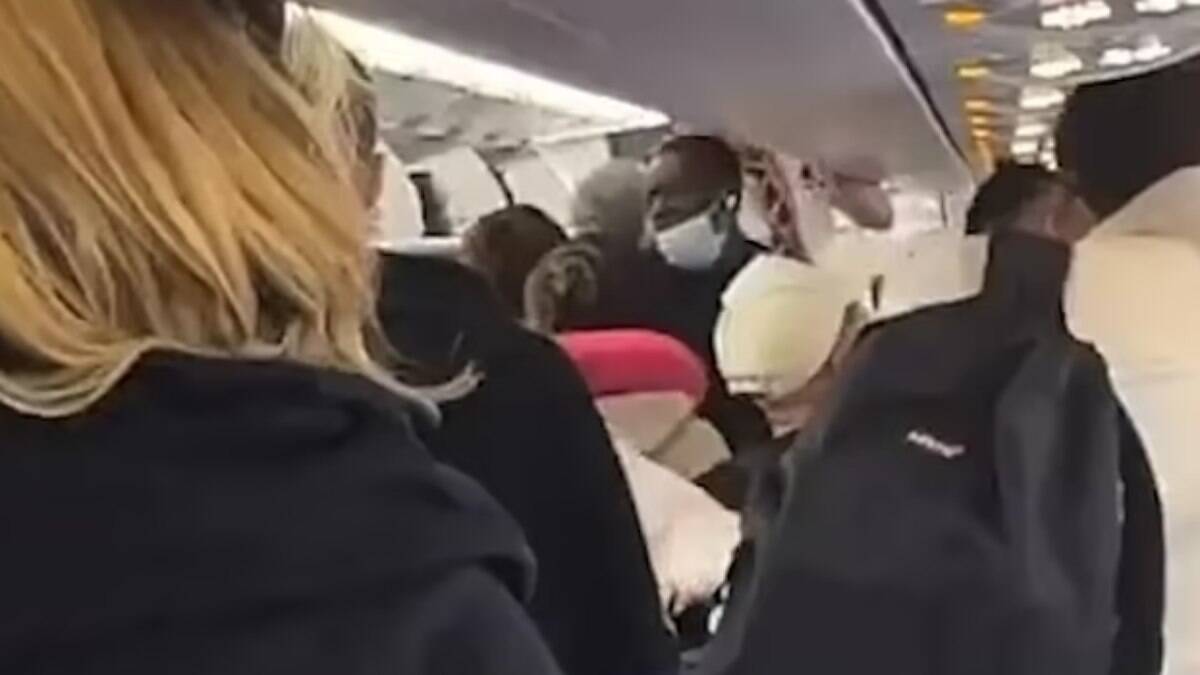 A British passenger who was on a Wizz Air flight to Crete, Greece, was arrested after punching the pilot and other travelers inside the aircraft. According to travel companions, the fight started shortly after the plane landed on the Greek island on Tuesday night (10).

The fight started because the passenger and a friend were bothering the other travelers with aggressive acts during the trip. Furthermore, witnesses said they were smoking an e-cigarette and drinking alcohol for the entire flight, which is prohibited.

Passengers recorded the episode and footage shows people screaming and demanding that the man be taken off the flight, as he appears out of control. Look:

“The man and his friend were very loud and abusive throughout the flight. They were elated when the stewardess confronted them and told them they would be taken off the plane by police after landing,” a passenger on the same flight told The Sun.

The pilot then exited his cockpit in an attempt to defuse the situation, but was assaulted, witnesses said. One of the men was still reportedly frustrated when he was approached by the authorities and defied one of the guards when he was ordered to leave the aircraft.

When the pair refused to get off the plane to be taken to the police, they started punching the crew and several people interceded. Many men and women were injured, according to witnesses.

“When it was time to descend, he started punching the crew and a group of men tried to restrain him. The pilot left the cockpit and was soon attacked. He looked fine, but quite shaken. It was embarrassing,” added the passenger. who prefers not to be identified.

The police intervened and dragged one of the attackers off the plane with his pants around his ankles and bleeding.

Some passengers had to leave the plane through the rear exit and had to wait two hours in the airport’s security area while giving statements to the police. Because of the confusion, many missed their connecting flights.

*With information from the Daily Mail