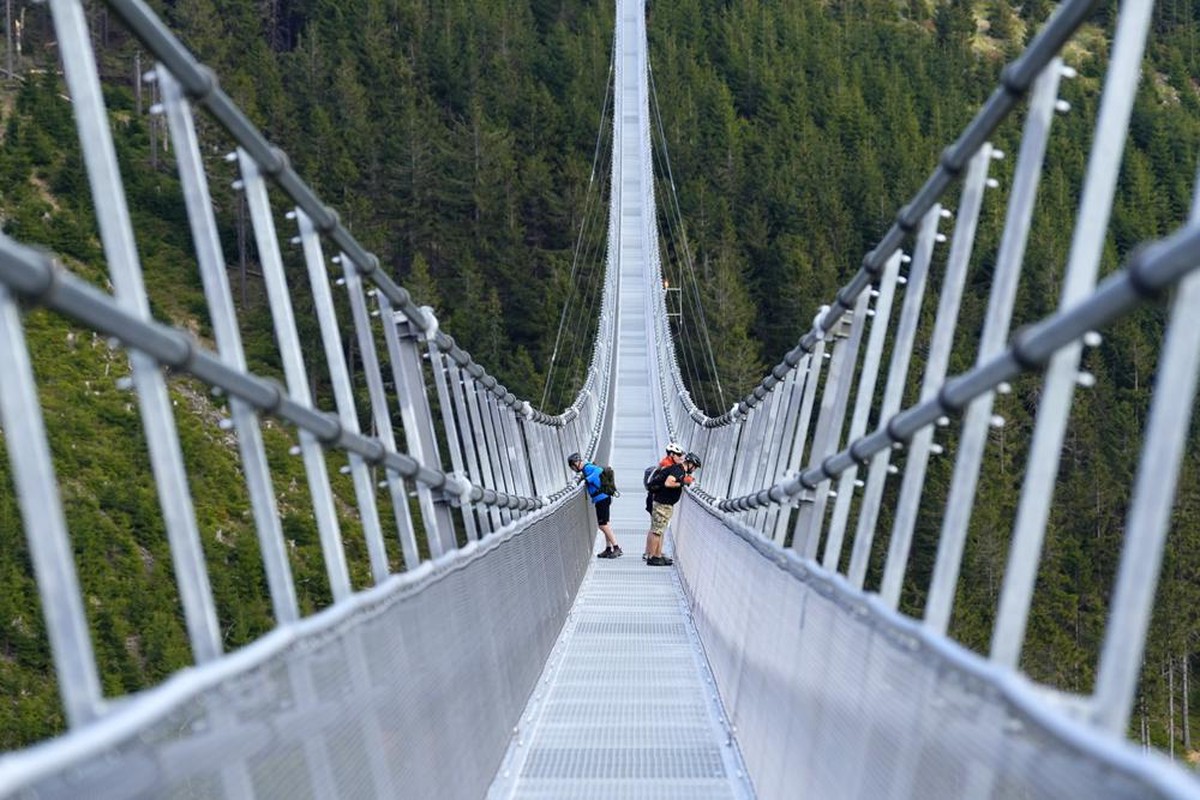 A 721-meter-long pedestrian suspension bridge opened at a mountain resort in the Czech Republic on Friday and became the longest in the world. Until then, the largest was in Arouca, Portugal, with 516 meters in length.

Sky Bridge 721, as it is known, is located in the northeastern part of the country, in the Kralicky Sneznik mountain range, close to the Polish border and about 200 kilometers east of Prague.

It was built at an altitude of over 1,100 meters above sea level. It connects two mountain peaks and rises up to 95 meters above the valley below.

Offering unusual views for visitors who enjoy heights, up to 500 people can be on the bridge at any given time. However, in the first two weeks after opening the number is being reduced by half.

The construction took two years and cost about 200 million Czech crowns (about R$40 million). The bridge will be closed for safety reasons if winds reach 135 km/h (84 mph).

Critics say the site is too big for its surroundings, while others argue that it will attract many tourists to the city, which has a population of less than 500.

CzechTourism believes the bridge can attract tourists from all over the world.

Theo Scheepens, 59, is from the Netherlands and was one of the first to walk the bridge. “Wonderful, impressive, the bridge moves, so you think something is going to happen,” he said.

“I wonder what will happen when it’s windy. The weather is great, we are very blessed.”